If you like Pilates but are looking for a faster-paced, more-intense workout, the Lagree method might be for you. Classes are offered across Canada, as well as in Germany, Britain and the United States. I dragged my dad and sister to a Studio Lagree class in Toronto's Forest Hill (435 Spadina Rd.); a workout and family time is what I consider a perfect morning. Classes are not cheap. Prices range from $32 for a single class to $440 for 20 classes. The good news is – in Toronto at least – Lagree is available on ClassPass, which makes the workout more affordable.

If you have ever done a Pilates Reformer class, you will recognize the machine and many of the moves. Lagree is basically a "jacked-up" Pilates Reformer class done on the Megaformer M3. "Mega" is an accurate description. This machine is a longer, wider and more versatile version of the Reformer. During the class, you bang out as many repetitions as possible of each exercise for a set time, then, without resting, you move directly on to the next exercise.

Typically, the class starts with five or six plank variations, followed by five or six lower-body exercises. The intention is to exhaust one section of the body before moving on. We did three variations of a lunge, one variation of a hockey lunge, three variations of quadruped (on hands and knees) bum work and one seated outer-thigh exercise, all on one leg without rest. Then we switched sides. That leg set is fairly typical. Main take-away: Expect an intense class with virtually no breaks.

The short version of my verdict is a warning: If you try the class, listen to your body and be mindful of form, otherwise instead of "fast results" you will get "fast injuries." The instructor demonstrates each move only once; until you know what to expect, it can be hard to follow. Both my dad and sister said they had to "copy" off of their classmates – unfortunately, many students were using improper form.

I enjoy the Lagree workout (I am trained in Pilates and familiar with the moves), and both my dad and sister liked the workout more than they expected. At first, they found the space – and the polished and fit students – intimidating. When we walked in, my dad pointed out that he was the only 70-year-old there, and one of only two men. He jokingly asked if he was in the right place.

Nervous jokes aside, I was proud of my dad's stamina, and in the end both my dad and sister said that, although the class felt slightly frenetic, they would go again. Leilae (the instructor) won them over with her peppiness, and both felt that the workout hit all the major body parts. As a hockey player, my dad liked that the class challenged his balance and strength; he is willing to suffer through anything for the sake of his game.

I had two major critiques.

First, there is no real warm-up. You immediately power through intense core exercises intended to exhaust those body parts. Exhausting your core might sound great, but jumping directly into an intense workout means you aren't prepared – physically or mentally. In addition, immediately exhausting the core can be problematic, since the core is often a weak link. When you exhaust your core, then ask your body to do exercises on a moving platform (which requires core), the fatigued core muscles are not up to the job and your body has to recruit alternative muscles; inappropriate biomechanical recruitment patterns can contribute to injuries.

Second, while the instructor did say to listen to your body, when an exercise starts at a high level, even a regressed version will still be advanced. For example, during the lunges, we were told to reduce the weight if needed, but the lunge was still being done on a moving platform. Reducing the weight makes the exercise easier, but it doesn't make it a beginner move.

If you are a newbie exerciser or you have a history of lower-back pain, perfect the basics (lunges, planks, etc.) before attempting Lagree. Try Lagree if you like intense workouts, have a fairly strong core and are familiar with Pilates and strength exercises, and have the ability to listen to your body and pull back when needed (rather than pushing through out of stubborn pride). Even seasoned exercisers should be careful. The pace is fast, the rests are few and the vibe is intense. Modify as needed, tell the teacher you are new, ask questions and never push through pain. 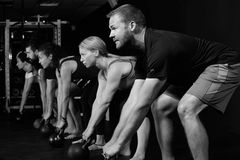 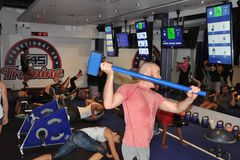