Dividing his time between Los Angeles and Toronto, Matte Babel reports for ET Canada and hosts Canada Sings, which airs starting in August on Global. The 31-year-old plays basketball several times a week, but following a surge in pain from a near-herniated disc, he's turning to corrective exercises and stretches. "I'm not really an extremist when it comes to pushing the body - running 20K, and then hobbling around for a week," he says. "That's not for me."

"To stay in shape and be able to play squash with my grandkids one day."

"I've been training with Brendan Fox, fitness trainer at Medcan [Clinic in Toronto]for less than a year. I work out with him once a week [midafternoon] then twice on my own. I go hard for 45 minutes."

"Matte was weak in his posterior chain, the postural muscles where power and strength resides," Mr. Fox says. "He does supersets that combine upper and lower body, which raise his heart rate, so he'll do push-ups with T rotation followed by kettlebell swings. For his current workout, he does eight exercises, two in four circuits, three times using the time under tension or reps protocol, say 30 to 45 seconds," Mr. Fox says, referring to the amount of time per rep that muscle is under tension that is thought to maximize concentric and eccentric motions of lifting.

As for progression, Mr. Babel moves on to a different workout after a month.

To gauge results, Mr. Babel adds: "Every month, I get body fat and biomechanical tests on function to ensure my muscles are firing."

"Growing up in Toronto, my mom gave us raw fruits and vegetables and that's what I still eat. I see John Dempster, a medical doctor and naturopath, for vitamin deficiency. I get vitamin B bags a couple of times a month.

"In California, in the morning, I make a shake with fresh aloe, avocado, strawberries, vegan whey protein, and coconut water. After my workout, I eat at Earth Bar or Bossa Nova, a Brazilian spot, and order 'the traditional': chicken, rice, plantain, salsa with strawberry and wheat."

"My mom had breast cancer and almost died. She found a doctor outside of Canada who was obsessed with monitoring the carcinogens in the blood. Now's she's 17 years cancer-free."

"I'm a very social person; I love friends and fun and the two things are always around food and drinks."

Jennifer Stretch, co-founder of Fit Personal Training in Toronto, says that because high-impact activities aggravate herniated discs, Mr. Babel would benefit from an athletic challenge in steamy air that builds a "corset."

"Hot yoga will help Matte improve postural issues and flexibility of his joints, which could result in less back pain," Ms. Stretch says.

"I recommend he start with two sessions per week at one hour each. He will experience improvement in his movements within four sessions and an increase in strength within four weeks. The detox results from sweating are felt immediately."

Ms. Stretch, who holds a bachelor of kinesiology from York University, says insufficient protein in his diet could undermine muscle maintenance and repair processes.

"Matte should keep a food log for one week, including all drinks and snacks. Next he should visit a calorie counting website such as www.myfitnesspal.com or download a calorie counting app, which would give him a breakdown of how much of each macronutrient he has consumed daily. He then can perform an equation to verify that his daily protein consumption is 10 to 20 per cent of calories consumed. This would ensure intake of the correct amount of amino acids necessary for muscle repair, recovery and a consistent energy level."

Dancer Kalpita Desai gets into the Bollywood groove
June 19, 2011 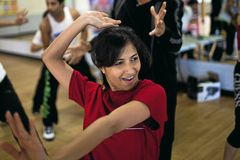 The Flash's Francis Manapul is an artful dodgeballer
June 12, 2011 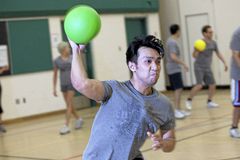 Doctor Ali Zentner follows her own prescription for health
July 3, 2011 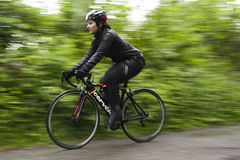