If you want to be a world-class runner, you better move to the Ontario city of Guelph.

In 1997, Dave Scott-Thomas was working as a coach at the National Coaching Institute in Victoria when he heard through the grapevine that the University of Guelph was going to shutter its track and field program. He asked the university if he could take it over, and it agreed, although the school warned him there was almost no budget whatsoever and that he was far too qualified for the job.

"It was functionally almost a non-existent program. There was no funding and no resources and no job and not very many people and not a lot of talent, to be honest," Mr. Scott-Thomas says.

Immediately, he developed a club program, the Speed River Track and Field Club, for student athletes and local runners. The first year, Speed River had six members. One of them was a English transfer student. Another was a brewer, just an average guy who liked to run in his spare time.

Today, Speed River has become the most successful running club in Canada. Boasting around 150 members, the club also offers children's and high-school-age programs. Whether in terms of national championship victories, the number of carded athletes or just the sheer depth of its talent, there is no doubt Mr. Scott-Thomas has turned Guelph into the nation's capital of running.

"He's built it from scratch. That's the amazing thing. He's got quite a good thing going, and now he's got athletes from all over the country who want to go there and be part of it," says Rob Guy, CEO of Athletics Canada, the country's governing body for track and field.

No athlete is drawn to Guelph for its training facilities; as Mr. Scott-Thomas will be the first to tell you, they are significantly lacking. There is no indoor training facility where athletes can run in winter, for instance, although there is one in the works. The coach and some of his team cut a track and field course through the university's arboretum on their own to help athletes prepare for competition.

The club also has a support staff of more than 20 people, including massage therapists, physical therapists, nutritionists, strength coaches and a mental skills coach, all of whom Mr. Scott-Thomas has persuaded to help out on a volunteer basis.

In 2007, the group's success led to the development of its Olympic development group, which now includes nearly 20 athletes. Not all of them will represent Canada in 2012 of course, but many will likely make it to the Games one day.

Mr. Gillis, Mr. Watson and Mr. Coolsaet are currently running more than 200 kilometres per week in preparation for the Scotiabank Toronto Waterfront Marathon. If their times are fast enough, they could qualify for the London Games.

Speed River athletes do nine to 11 training sessions a week, some as short as 30 minutes, some as long as three hours. On average, they will do about 25 hours of training each week. That could mean short bursts of speed work or two-hour runs, with Mr. Scott-Thomas following along in his pickup truck, or weight-lifting in the gym.

"When I was leaving university, Victoria was the place to go for distance runners," he says. "But the more I talked to the guys living out in Victoria, they were all kind of just doing their own thing. It was very fragmented. It wasn't a very cohesive group like we have in Guelph."

Mr. Gillis calls it a "very communal environment." He adds, "With Dave, we understand we're getting some of the top-notch coaching in the country and his ability to lay out a training plan, deliver it, be there for us athletes, is very detailed-oriented. But he does coach so many athletes. So you really have to get along with the group and understand that you don't just get benefit from a coach here, you also get a huge, huge benefit from the group."

Mr. Watson, winner of this year's AC Canadian national 10K championships, says athletes are drawn to Speed River because of the tone set by Mr. Scott-Thomas.

"There's a lot of respect mutually. It's not him telling us what to do. We'll give him feedback, and we'll come up with a plan together," he says.

Mr. Scott-Thomas says that if he expects to critique his athletes, they should be free to critique him in order for the club to achieve the best possible results.

And while those results have already been impressive, Mr. Scott-Thomas' ambitions for Speed River are much greater.

"We want to redefine Canadian middle and distance running," he told a meeting of the club's Olympic development group earlier this month. "I don't think we've reached our apex yet."

Gearing up for an event? Members of the Speed River Track and Field Club share tips on how to nail it on race day.

"Focus more on consistency and less on intensity. A lot of people run intervals and repeats that are short and way faster than marathon pace as opposed to focusing more on the amount of time they're actually going to be on their feet and what that pace will be. You don't need to run kilometre repeats way faster than marathon pace. It's more important to keep building up the amount of time you can handle on your feet around race pace."

"Make a race plan … or two. Make one for your ideal race situation and another for if things don't go as hoped. But be flexible with your plans. A lot can happen over 42.2 km and you have to be prepared for anything. Be ready to adapt. In your planning make sure to be ready for some pain and suffering. Those last few km are gonna hurt!"

"You're going to need to take in carbs and fluids during the marathon. Practice taking your drinks beforehand to make sure they agree with your stomach, and also that you can run and drink simultaneously without slowing down too much."

"Run your recovery runs at conversation pace. And there is no need to do more than two hard speed sessions per week. Find someone to run with who has similar pace goals."

"Focus on the physiological and psychological process of running and the outcome will follow. Don't fixate on outcome. Make sure you are training yourself physically and psychologically to meet the demands of the race. Have a clear mental set and picture of what the race will look like before you enter. Anticipate your thoughts and emotions on race day so they won't surprise you and take away from valuable physical energy reserves. Your mind runs the body. Consistency in thoughts and emotions leads to consistency in race outcomes." 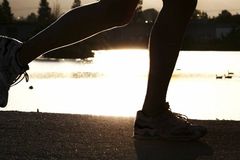 Give it a rest. A small break in training pays dividends
August 7, 2011 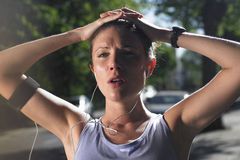