This summer, I'm finally learning how to run.

For years, I have been a recreational jogger - the combination of inexpensive simplicity and immediate endorphin release has drawn me since university days - but now I'm at long last learning how to round the block the old-fashioned way: barefoot.

It was an exhilarating race (although I use that adjective loosely, given the pace that I was going) and I'm still ludicrously proud of myself for finishing.

But I have to admit that, by mile 20, my feet really hurt. I don't just mean in an ouch-these-damn-heels sort of way.

I mean each step felt like my feet were slamming on a bed of nails or hot coals or an excruciating combination of both.

Suffice to say, it was fantastically painful. It was in that dark moment, staring tearfully at the ground, that I began to notice some of the other runners around me didn't have shoes on.

Or rather they did, but not ones that I would recognize as athletic shoes.

One out of every couple of dozen runners seemed to be wearing what can only be described as foot gloves - rubbery socks with toes on them and no visible arch support or cushion.

And here's the thing: They were passing me. While my supported feet slapped down on the pavement heel-first, sending shock waves of pain through my body, their bare ones seemed to skip along the surface of the earth, carrying them more lightly and quickly than I could even dream of.

These foot gloves, which made the wearers look a little like fast-moving gorilla people, are called, I would later learn, Vibram FiveFingers - and they are at the cutting edge of a fitness trend that is both revolutionizing the athletic-shoe industry and bringing the original mode of human exercise back to basics.

Barefoot running has been around since humans evolved feet. Not only has it always been the mode of training for many elite African athletes (think world-record breakers such as Abebe Bikila, Tegla Loroupe and Zola Budd); it was the way our hunter-gatherer ancestors travelled, back in the days before the automobiles and Nike.

Chris McDougall, author of Born To Run, a bestselling book about the Tarahumara, a Mexican barefoot running tribe, is one of the people credited with popularizing barefoot running in North America and Europe.

His book, which chronicles his own superhuman efforts to organize "the greatest race the world has ever seen," an uber-marathon pitting the elite athletes of the developed world against the Tarahumara, also offers an articulate, well-reasoned and exhaustively researched argument in favour of barefoot running over shod.

After suffering running injuries his entire adult life, McDougall began training barefoot and in nine months completed his 50-plus mile race through the canyons of the Sierra Madre.

He believes that running - ideally barefoot - is not just a recreational activity but a biological imperative. "Endurance is what humans are best at," he told me recently via e-mail.

"Compared to other animals, it's the only thing we're really good at. We're not strong, we're not limber and we're certainly not fast - Usain Bolt is the fastest man on the planet, and he can get his butt kicked by a squirrel. That's why distance running has always been our number-one participation activity: For much of human history, it was necessary for survival and, recently, we've felt that tug of instinct drawing us back to our one natural talent."

McDougall's argument for covering distances unshod is that it forces the body to conform to a safer, more natural mode of running. Barefoot, a runner naturally lands on the squishy ball of the foot, enabling the body to automatically absorb impact shock, whereas running shoes, with their high-tech built-up heel and arch support, force the foot to hit the ground with a heel strike - arguably the reason why, in spite of all the shoe technology the athletic-apparel industry can buy, it's estimated that 70 per cent of all avid runners get injured.

McDougall, who has been running pain-free since kicking off his shoes several years ago, is so fascinated by the naked stride that he has given up marathons and races altogether.

"I've really been fascinated by the challenge of learning how to run well and lightly," he told me. "The kind of feedback and precision you can get from a barefoot stride is so compelling that I don't have any interest in other goals."

As for me, I want to run barefoot, but not in a way that risks ruining my pedicure or stamping on a used needle in an urban gutter. With that in mind, I recently bought my first pair of barefoot running shoes.

Not the Vibram FiveFingers, which are a little too weird-looking for my taste, but a pair of Vivo Barefoot shoes by British company Terra Plana. They are small, unstructured, light as air and a hundred times better-looking than any athletic footwear I've owned before.

The first couple of times I wore them, my calves tightened up - a common barefoot newbie symptom, McDougall told me, caused by the tendency to fire the calf muscle through the entire stride, rather than just the point of impact. So I stretched and practised relaxing and before long I was feeling stronger than ever.

These days, I'm running five miles in my Vivos three or four times a week without the slightest flinch of pain.

My legs are strong, my mind is clear and my feet are naked (well, almost). Marathon number two? I'm doing it barefoot. 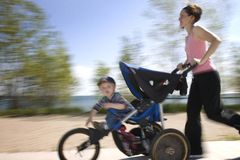 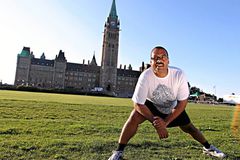