I could not have gone another step, but on Sunday I ran across the finish line of the Toronto Women's Half Marathon, my first ever. My legs shaky, my feet numb, I did it. And everything hurt. Turns out, 21.1 kilometres is far: It's more than 52 laps around a track or 38 CN Towers or 231 football fields. It was the first time I'd run that distance – 17 kilometres was my farthest in training – and the journey to that elusive finish was a mental and physical test unlike anything I'd ever endured.

If you've been randomly saying aloud "I'd like to do a half marathon," like I did 10 weeks ago, here are six lessons to consider before you begin:

1) Take your time If there's one thing I did wrong, it was deciding on running 21.1 kilometres when I hadn't done a 10-km run in over two years. Running – smart, injury-free running – is a slow build. Choose a half marathon that's six months from now and develop a plan where you're not in a rush. It took me five weeks to get a base level of fitness – essentially where five kilometres didn't kill me. After that, it was about running longer, tacking on three or four kilometres to every long run – but it wasn't smart, and my body is unhappy.

2) Revel in carb day Oh, sweet, glorious carb day. I was told by runners, trainers and dietitians to eat carbs the day before a half marathon – about 60 to 70 per cent of my food intake. From a woman whose regular weekday meals consist of kale, tuna and tofu, this was my Christmas. Running long distances is generally discomforting: Eating bread with pasta for dinner, with a night cap of sweet potatoes, is not. Don't skimp on this – it's the fuel you need for the big run – and the reward of hard work.

3) Stop judging, start celebrating My biggest accomplishment came at about the 14 kilometre mark. The route was a Y-shape, with U-turns at the end of each leg, which offered a view of hundreds of the gazelle-esque runners who were leading the race, sculpted abs and thigh gaps everywhere, killing the course in what I deemed as a reflection on my imperfect fitness. But when I saw a blind runner, assisted by a tether to another woman, everything changed: Proud of everyone attempting this ridiculous feat, I began to cheer everyone who zipped by me, appreciating sheer human potential.

4) Whatever gets you through the wall I need music to run, and usually songs that make me dance will make me run. I had crafted a spectacular playlist of compulsively dancy tunes: Michael Jackson, James Brown and Katy Perry had me grooving to the eight-kilometre mark in 50 minutes, a personal best. But when things got really dark and ugly, eight kilometres later, when I started to plan the "I couldn't do it" column, a U.S. military chant, on repeat, called "I can run to Haiti" made my feet move when I had given up. Weird? Absolutely. But I can run to Haiti in just one day.

5) Appreciate the journey I won't tell you my time, for the sole reason that it didn't matter to me. I wasn't racing, I was running. I accomplished my goal – to finish before the organizers dismantled the finish line. More importantly, for a first timer, I was there to soak up the experience and do my absolute best. I took out my headphones to thank every volunteer, and shared a quick laugh with a firefighter handing out water. Those spirited people, often left behind in a massacre of empty cups, are better people than most – and that's what I'll remember most about that day.

6) Run to enjoy, not endure Many runners truly cherish very long distances, but this process showed me that 21 kilometres is not my idea of a good time. For me, my good, challenging run – no walk breaks, all heart – is about eight to 10 kilometres. I'll sign up for a October 10K, with a goal time of an hour. I will run now for the sheer joy of challenging myself. From a woman who strained to do five kilometres once a week three months ago, it's a long way from where I started. 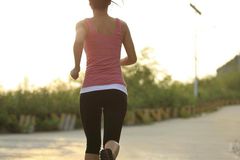 Half-marathon training: Learning to silence my negative Nancy
May 12, 2018 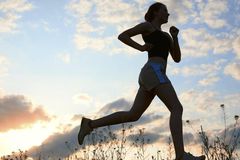 A coach’s tips for rebooting your spring running routine
May 11, 2018