A mini-controversy erupted over the summer when Danish researchers published a study on resveratrol, an antioxidant found most notably in grape skins and red wine. Mouse studies had suggested that resveratrol might amplify the benefits of aerobic exercise; the Danish data, in contrast, found that in humans resveratrol seemed to block some of exercise's health gains.

Still, critics noted, it was just one study – perhaps an aberration.

"If you drink a glass of red wine, you'll get two to three milligrams of resveratrol," says Dr. Brendon Gurd, the senior author of the Queen's study. "In our study, we were giving subjects 150 milligrams per day. And the effective doses in animal studies are often 100 times higher than that."

The Danish study, published by scientists at the University of Copenhagen in the Journal of Physiology, put 27 men with an average age of 65 through eight weeks of exercise training, half with a 250-mg resveratrol supplement and half with a placebo. The resveratrol group showed smaller improvements in blood pressure, cholesterol, and maximal oxygen uptake than the exercise-only group.

The Queen's study, led by graduate student Jasmin Ma and presented at the annual conference of the Canadian Society for Exercise Physiology in Toronto last month, tested 16 university-aged men before and after a four-week sprint-interval training program. In this case, both groups improved maximal oxygen uptake, but the resveratrol group saw smaller improvements in anaerobic power and impaired fat-burning during exercise.

Both studies are small and the differences between groups are modest, so the conclusions are far from definitive. As a next step, the Queen's team plans to analyze muscle biopsies taken from each subject at the start and finish of the study, to see if the cell-level analysis sheds further light on exactly how (and if) resveratrol is affecting muscle function and adaptation.

The findings also don't rule out the possibility that resveratrol may have other health benefits, Ma points out. Some recent studies of resveratrol supplements (without exercise) have produced encouraging results for insulin sensitivity and arterial health, though others studies have failed to find benefits. And there's little doubt that it's a health-booster in the quantities you'd imbibe from wine or other natural sources.

In that respect, resveratrol joins a growing list of micronutrients that are very good for you – until they're not.

For example, a 2008 Spanish study found that combining exercise with 1,000 mg per day of vitamin C led to smaller gains in aerobic fitness-boosting mitochondria than exercise alone. Similarly, a German study in 2009 found that a combination of 1,000 mg of vitamin C and 400 IU of vitamin E blocked the improvements in insulin sensitivity you'd normally get from exercise.

As any scurvy-ridden sailor of yore could attest, it's crucial to get enough vitamin C. But these results show that once you have enough, adding more – 1,000 mg is the equivalent of 10 to 20 oranges – can backfire.

This dose-response curve may explain why so many supplements that show promise in treating specific deficiency-linked conditions end up producing disappointing or even negative results in large-scale trials where the subjects are mostly healthy to start with. Omega-3 fatty acids, vitamin D, folic acid and vitamin E are all crucial to good health, yet each of them has also been linked to negative outcomes such as elevated cancer risk when levels are too high.

So what's the "right" dose for these micronutrients? A safe approach is to skip the megadoses and stick with the quantities found in ordinary food, since we've evolved to respond to precisely those quantities.

"Whether it's antioxidants, dietary fat, sunshine or whatever, we always seem to flip between way too little and way too much," notes Dr. John Hawley, an exercise and nutrition researcher at Australian Catholic University in Melbourne. "But it's the extremes that are most dangerous."

For resveratrol, there's still hope that it will turn out to be helpful, perhaps most likely for people with specific risk factors for conditions like cardiovascular disease (and if not in pill form then at least by the glass). But it should be clear by now that just because something is "good for you," extracting its essence and ingesting 100 times more of it won't be 100 times better for you – and in some cases, may actually be worse. 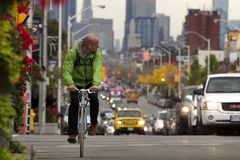 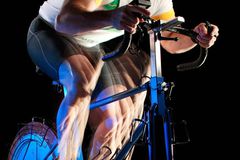 What you need to know to fight exercise fatigue
October 6, 2013 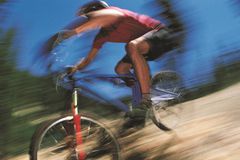