To learn a new movement – a better golf swing, say, or a smoother running gait – you have to retrain not only your muscles but your mind.

Theories abound on the best ways to do this, but a study in the journal Current Biology offers some surprising insights on two of the most familiar tactics: gradual adaptation through trial and error, and rapid learning with the help of constant feedback. The results suggest that the quickest way to learn a new movement doesn't necessarily produce the most lasting changes – and more coaching isn't always better.

Over the past decade, Amy Bastian and her colleagues at the Kennedy Krieger Institute and Johns Hopkins University in Baltimore have published a series of studies using a split-belt treadmill, with two independent belts that allow each leg to move at different speeds. When one of the belts is suddenly sped up, the volunteers respond by walking with an awkward, lopsided gait. Over the course of about 10 minutes, they gradually adopt a symmetric gait with equal step lengths on both sides, presumably because that's the most efficient way to walk.

Working with postdoctoral researcher Ryan Roemmich, Bastian added a new wrinkle in the latest study. The subjects were shown either live video of their legs or live graphics of their left and right step lengths. This real-time coaching feedback allowed them to adjust to a symmetric stride almost immediately.

Surprisingly, when the visual feedback was removed, the subjects immediately regressed to an awkward limp – a movement error akin to the effect of stepping onto a broken escalator. Being shown how to do something, in other words, is fundamentally different from learning it through trial and error – and doesn't necessarily speed up the process of learning.

The fact that we have different and complementary ways of learning new tasks can be an advantage in some contexts, Bastian points out.

"If I have someone who's had a stroke on one side of the brain, they may not be able to consciously fix their gait," Bastian says.

But putting them on a split-belt treadmill triggers a process of physical learning through trial and error that doesn't require their conscious input.

In other contexts, though, the failure of visual feedback to speed up learning raises questions about the best way to learn or coach new tasks. How do you improve your baseball swing, if not by consciously altering your movements toward some new ideal?

One option, Roemmich says, is to alter how your brain and muscles perceive the task. Swinging a bat with a weighted doughnut on it changes your brain's predictions about how a bat will move and what muscles are required to swing it most effectively – and those predictions will endure, at least temporarily, after you take the doughnut off.

In some cases, learning a new pattern requires overriding the decisions your brain has made about what's optimal. For example, some running coaches suggest increasing cadence, which is the number of steps you take each minute. "People naturally choose a cadence that minimizes their energy cost," Bastian says, "but that cadence may cause higher stress on their tibia."

It's difficult to increase your cadence by trial and error, since your brain favours your energy-minimizing natural cadence. And if you use real-time feedback, for example by running with a metronome ticking at your desired cadence, Bastian and Roemmich's results suggest that you'll quickly revert to the old cadence as soon as you remove your headphones.

One option, Bastian says, is simply to rely on rote repetition. If you run with a metronome for long enough, the new pattern should eventually start to feel automatic.

Another, more intriguing option is to manipulate the feedback your brain receives from your body. Perhaps, she speculates, you could use an app that amplifies the sound of your feet hitting the ground, but offsets it by a fraction of second. As your brain attempts to reconcile its expectations with the manipulated feedback, you'll gradually but unconsciously alter your cadence – and the resulting changes may be more lasting.

For now, such ideas are speculative. But the larger point – one that hockey parents and rehab therapists and running-form gurus should remember – is that constant feedback, no matter how well-meaning, isn't necessarily helpful. To master the right way, you sometimes have to know what the wrong way feels like.

Do post-workout ice baths help with the recovery of sore muscles?
July 14, 2020
Does a heavy running shoe slow you down?
October 28, 2016 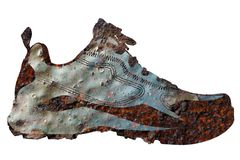 Canadian researchers reaffirm the benefits of exercise for a healthy brain
October 13, 2016
Follow Alex Hutchinson on Twitter @sweatscience
Report an error Editorial code of conduct
Due to technical reasons, we have temporarily removed commenting from our articles. We hope to have this fixed soon. Thank you for your patience. If you are looking to give feedback on our new site, please send it along to feedback@globeandmail.com. If you want to write a letter to the editor, please forward to letters@globeandmail.com.
Comments