My sports injuries are killing me. How do icing and painkillers affect the healing process?

Every weekend athlete knows the RICE rule for dealing with minor sprains and strains: rest, ice, compression and elevation, with the latter three tactics aimed at minimizing inflammation.

But a study published last month by researchers at the Cleveland Clinic adds to growing evidence that swelling actually plays a key role in healing soft-tissue injuries. The result is a classic tradeoff between short-term and long-term benefits: reducing swelling with ice or anti-inflammatory drugs may ease your pain now, but slow down your ultimate return to full strength.

"This whole discovery has really thrown into question all of our traditional approaches to treating injuries," says Greg Wells, a University of Toronto exercise physiologist who works with national-team athletes at the Canadian Sport Centre.

"So it's quite possible that RICE may not be true if we're looking to adapt best in the long term."

The new study, which was published in The FASEB Journal, compared two groups of mice, one of which was genetically altered so they didn't produce swelling. Sure enough, the non-swelling mice proved unable to heal muscle injuries.

When you sustain an injury, your body's first response is to send cells called macrophages to clear away the damaged cells by literally digesting them. This initiates a complex process of repair and regeneration that triggers swelling, in part because macrophage-induced damage pokes holes in the muscle membrane, allowing fluid to rush in.

What the Cleveland study showed is that these macrophages, in addition to causing swelling, are also the primary source of "insulin-like growth factor-1," which speeds up muscle regeneration. If you take away the swelling, you also lose the growth factor.

This finding offers an explanation for clinical evidence about the double-edged effects of anti-inflammatory drugs that has been mounting for several years. For example, a review published last month in The Lancet found that injections of cortisone, a powerful anti-inflammatory steroid, brought initial relief for tendon injuries such as tennis elbow, but produced significantly worse outcomes six and 12 months later compared with patients who did nothing or performed physiotherapy exercises.

That's a worrying statistic for professional athletes who often load up on cortisone and painkillers in order to return to action as quickly as possible. Dr. Wells and his colleagues at the Canadian Sport Centre are researching alternatives such as vitamin B12 injections, which appear to hasten muscle healing while allowing inflammation to proceed normally - but that research remains preliminary.

Even over-the-counter non-steroidal anti-inflammatories (NSAIDs) such as ASA and ibuprofen (the generic name for Advil) have been found to delay the eventual healing of muscle, tendon and ligament injuries.

The resulting dilemma - feel better now or recover more fully later - is similar for elite athletes using techniques such as ice baths to help them recover after strenuous exertion, Dr. Wells says. In the middle of a tournament or after a qualifying race, recovering quickly is vital. But recovery from the wear and tear of daily workouts is a different story.

"To stimulate the muscle to grow stronger or gain endurance, we want to allow it to go through the inflammatory and healing process," he says. "Although this might slow people's adaptation down in the short term, we think that it's probably better for the athlete in the long term."

For acute injuries such as a pulled muscle or a twisted ankle, the need to control pain using ice or an Advil will still override abstract concerns about long-term healing for most people, especially since the evidence remains preliminary.

One alternative is to use acetaminophen (Tylenol) for pain relief, since it doesn't have an anti-inflammatory effect. A 2005 study in the Annals of Emergency Medicine found no difference between NSAIDs and acetaminophen for pain relief of musculoskeletal limb injuries.

Ultimately, the best advice may be to treat any injury as much as you need to - but not more. By all means do what's needed to control pain and make sure you have enough mobility to get to work the next day. Beyond that, Dr. Wells suggests, "as much as possible let the healing take its natural course."

Week Two: Holiday bootcamp kicks it up a notch
November 21, 2010 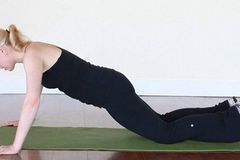 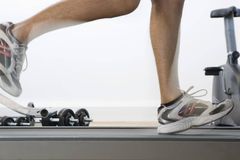 You wouldn't know TrueBalance shoe is a wellness shoe by looking at it
November 22, 2010 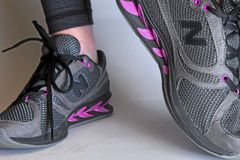