What's the best way to run hills? Push hard and get them over with, or keep it relaxed?

Running uphill is tough on the lungs, and running back down is tough on the legs. Either one can derail an otherwise pleasant run - but if moving to Saskatchewan isn't an option, you'll need to develop strategies to deal with this challenge.

Fortunately, a group of Australian researchers used the latest technology to investigate this question, sending a group of runners out on a hilly 10-kilometre course while wired with a portable gas analyzer to measure oxygen consumption, a GPS receiver to measure speed and acceleration, a heart-rate monitor and an "activity monitor" to measure stride rate and stride length. The results, published this year in Medicine & Science in Sports & Exercise, suggest that most runners make two key mistakes: They try to run too fast uphill and don't run fast enough downhill.

When you're running on flat terrain, your speed is generally limited by the ability of your heart and lungs to transport oxygen to the muscles in your legs. If you try to maintain the same speed while hauling your body up a hill, you'll quickly notice that you're breathing harder because you're consuming more oxygen.

The problem with this approach is that, once you get to the top of the hill, you'll need time to recover from this extra effort. In the study, runners took an extra 78 seconds on average to regain their initial speed after cresting a hill - a delay that wipes out the benefit of pushing hard up the hill, according to lead researcher Andrew Townshend of the Queensland University of Technology.

"Based on our results, we suggested that a small decrease in speed on the uphill may be more than compensated for by a quicker return to faster running speeds on the subsequent level section," he says.

Dr. Townshend and his colleagues have put this strategy to the test - "with some success," he says - in a follow-up study that is currently being prepared for publication.

Surprisingly, the opposite was true on downhill sections. Because of the jarring impact involved in running downhill, most of us simply can't run fast enough in that direction to be limited by oxygen. The practical tip: When you get to the bottom of a hill, focus on maintaining your momentum (and higher speed) until your breathing forces you to slow down again.

The downhill results were much less consistent among subjects than the uphill and level sections of the experiment. Some people were able to run far closer to their aerobic limits than others, gaining valuable time without becoming significantly more tired. This suggests that downhill running is a skill worth practising.

Of course, there's a reason we tend to back off going downhill: It's hard on the legs and it raises the risk of injury. For that reason, it's best to limit downhill training to short sprints on a fairly gentle grade. A 2008 study from Marquette University in Wisconsin found that a 10-per-cent grade (5.7 degrees) was ideal to maximize your speed in 40-yard sprints.

While these simple tips - slow down on the ascent, speed up on the descent - should help you distribute your effort more evenly during runs, you'll need to try them out to find the right balance for yourself.

"The best I can suggest is that runners should practise varying their degree of effort on hills that they frequently use in training, to determine how much they should slow down to reap an overall time benefit," Dr. Townshend says. 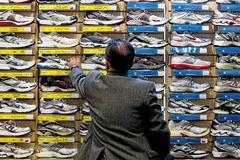 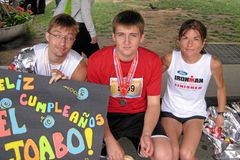