Hang on, you're not still doing HIT interval workouts, are you? That was last year! Exercise science moves on, and we move with it. Here are five fresh topics that are currently roiling the waters of fitness research, along with my predictions of where they're headed:

Vigorous exercise can be uncomfortable. But does it hurt? The answer isn't as obvious as it might seem. Using new brain stimulation and measurement tools, researchers have begun to distinguish between the sensation of pain (like when you stub your toe) and effort (the feeling that it would be difficult and unpleasant to continue whatever you're doing).

Surprisingly, the results suggest that pain levels tend to be relatively low when people reach the point of exhaustion, while effort is maxed out.

While lack of time is often cited as the reason most Canadians don't exercise enough, some researchers believe the root cause is that many people simply find exercise unpleasant. Learning more about what factors affect the perception of effort, and how we might be able to manipulate it – workout design, caffeine? – could have far-reaching public-health implications.

The surging popularity of stool transplants should tell you everything you need to know (and perhaps more than you wanted to know) about how important it is to have the right mix of microbes in your digestive tract. In recent years, several studies have suggested that athletes who take probiotic supplements may reduce their risk of stomach bugs and respiratory infections.

Now there's preliminary evidence that exercise itself may boost microbial diversity. A study of Irish rugby players found that they had a far greater variety of germs in their guts than sedentary controls, including some that decreased risk for obesity and systemic inflammation.

Even if you love kimchi and probiotic yogurt, we still need to learn more about other ways of fostering healthy gut bacteria. Physical activity is a promising candidate, but the research in this area is just beginning.

If you're a young, white, male university student, then you're in luck: There are thousands upon thousands of studies devoted to understanding your health and happiness. But can those studies be generalized to the rest of the population? That's less clear. Even relatively simple traits like height-to-weight ratio differ between population groups, according to some studies.

Sports scientists, too, are realizing the shortcomings of generic student subjects. For example, recent breakthroughs, like the use of nitrate-rich beet juice to boost endurance, don't seem to work as well in truly world-class athletes as they do in phys-ed students.

This is an easy problem to identify, but a tough one to fix. Recruiting larger and more diverse sample groups is expensive and time-consuming (and getting Olympic champions into the lab is even harder) – but it's clear that it's an essential step.

There was a time, not so long ago, when a gadget that could count your steps seemed like a pretty neat idea. Now personal fitness trackers have gone mainstream, with the ability to distinguish between different types of workouts, monitor your sleep, sync up with your heart-rate monitor and so on.

Now there's a new generation of gadgets popping up at trade shows and on Kickstarter. They promise to measure, in real time, your lactate and hydration levels, blood sugar, running-stride biomechanics, power output and much more.

How much (and what kind of) data can we actually use? Collecting all that data is one thing; figuring out how best to use it may be the more important challenge.

Once we stop fretting over details and getting lost in the minutiae, we'll have more time and energy to focus on the basics – such as getting some form of exercise, whatever it happens to be, most days of the week. Could this be the big fad that catches on this year? We can only hope.

Where fashion and tech meet: A look at smart-bracelet collaborations
January 14, 2015 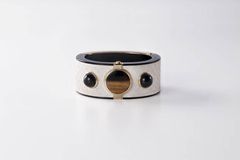 The four fitness trends this trainer is most excited to see
January 7, 2015 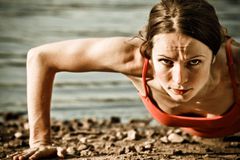 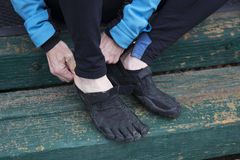 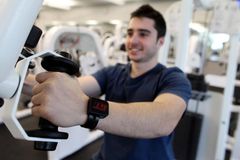 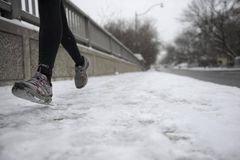 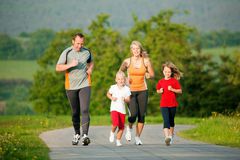 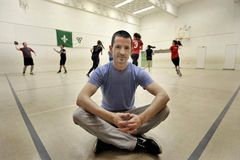