Few exercises strike fear in the heart of the uninitiated quite like pull-ups.

I've known plenty of otherwise strong and tough-minded individuals who avoid them simply because it's too humbling, which is a shame because the pull-up, as with deadlifts and squats, is one of those exercises that delivers serious results. Not only do pull-ups torch every muscle in the back, they also do wonders for your arms, your hands and even your chest. No other exercise hits as many upper-body muscles.

Like pretty much everyone (with the exception of my 11-year-old gymnast niece, who seems to have zero trouble performing any physical feat) pull-ups have long been my Kryptonite. I remember back in high school when I first took up weight training, my friends and I each struggled in vain to even move an inch as we dangled from the overhead bars as though salamis in a deli window display.

As the years passed, my training abilities improved across the board, with one glaring exception. No matter how much I lifted, my pull-ups have always topped out at seven ugly and grinding reps. Keeping in mind the truism that if you want to get good at anything you have to do it every day, as summer settled into place, I made a solemn vow to reach double-digit reps by the year's end.

Pull-ups became the central focus of my training, so much so that I stopped going to the gym altogether, opting instead for a nearby park that's been outfitted with various pieces of training equipment by the good folks at Trekfit.

The results? Last time I tested, I hit 12 reps. So if acing the pull-up is on your to-do list for 2018, pay attention and soon enough you'll be firing them off like Linda Hamilton in Terminator 2.

First things first: You need a secure bar, ledge or, if you're exceptionally badass, a set of gymnastic rings from which to hang. Next, we must consider the position of your hands, as this will have a significant impact on both muscle recruitment and ease of execution.

Strictly speaking, pull-ups and chin-ups are different exercises, but I consider them to be flip sides of the same coin. Both variations hit the major back muscles with similar intensity. Chin-ups, however, work the biceps to a greater degree because of the position of the palms. This extra muscle activation makes chin-ups a little easier.

Now, we need to prime the rest of the body before we begin pulling. Push your ribcage up in the air, squeeze your butt tight and brace your abs like a circus performer about to take a cannonball to the gut. Maintaining this tension throughout your set is a challenge, but that's the point.

When performing pull-ups, think of two words: slide and drive. Once you're hanging from the bar with your arms extended overhead, initiate the movement by forcefully sliding your shoulder blades down your back as you simultaneously drive your elbows to your hips. Keep your rib cage high and push your chest to the bar as you pull. When your face is in line with your hands, lower yourself to the starting position in a smooth and controlled manner.

Tempting as it may be, please resist the urge to jut your chin over the bar. There are all sorts of tiny muscles in your neck that can be easily injured if you're not careful. Also, it looks ridiculous.

Most gyms have assisted pull-up machines. If you've always felt intimidated by pull-ups, these machines are a good place to start, but don't rely on them for too long. Once you've become more comfortable, the most productive way to enhance your pull-up abilities is with resistance bands and isometric holds. Looping a long, heavy-duty resistance band over the bar will create a sort of slingshot for you to kneel in. As you pull yourself to the bar, the band provides an extra boost.

Isometric training involves holding a difficult position in place for a set period of time. This is the method I used to help me get past my pull-up plateau. You simply perform a pull-up and then hold the top position for a few seconds before lowering yourself to the starting position. If you're not yet strong enough to do a pull-up, you can cheat your way to the top by using a box and/or a little jump to get things started. Once you can complete 12-15 near-perfect reps, you're ready to try some more advanced variations. The easiest way to increase the challenge is to add some resistance, either in the form of a weighted vest or a weight plate chained to your waist. For the hardcore, single-arm pull-ups are an admirable goal, although a less daunting challenge would be the archer pull-up. 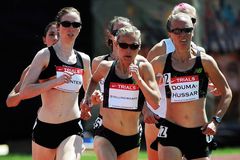 What exercises can I do to start the day feeling limber?
December 12, 2017 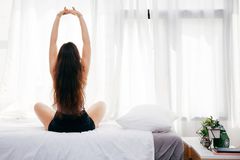 Should I sleep less to fit in a workout?
December 12, 2017
Follow us on Twitter @globeandmail Opens in a new window
Report an error Editorial code of conduct
Due to technical reasons, we have temporarily removed commenting from our articles. We hope to have this fixed soon. Thank you for your patience. If you are looking to give feedback on our new site, please send it along to feedback@globeandmail.com. If you want to write a letter to the editor, please forward to letters@globeandmail.com.
Comments are closed