If you practice yoga, there's a good chance a teacher's hands have been on you at some point, perhaps pressing your sacrum, aligning your hips or fixing your foot position. Physical adjustments are often part of the yoga-class experience. The teacher moves through the studio and may stop at times to help – perhaps dropping a student's shoulders for Warrior II or helping someone reach a deeper expression of a pose such as uttanasana.

But for some people, staying centred in your yoga practice can be difficult when you're worried about a stranger touching you – even if that "stranger" is a well-meaning yoga teacher you might actually know fairly well.

"There might be any number of reasons why someone might not feel like being touched that day," says Sarah Holmes de Castro, a yoga teacher who delivers trauma-informed yoga programs. "You could be meeting a teacher for the first time and you think, 'Oh, their bio looks great but I'm not sure I want their hands on me; they haven't even introduced themselves to me yet.'"

Communicating that desire to a teacher is not always possible. Even if the teacher asks, a student may feel self-conscious opting out so publicly. And if the class is large enough, the teacher might simply forget.

A group of yoga professionals in Victoria is launching what they hope will become a standardized approach for students to communicate their preferences regarding physical adjustments. The women have created consent cards that can be discreetly placed at the front of a mat during class, allowing the wishes of the practitioner to be known. One side says, "Yes please; I welcome adjustments" with an illustration of a yoga stick-figure person in an open-armed pose emerging from a blue lotus. The flip side advises, "No adjustments; I'm taking care of myself," with the stick-figure hugging themselves atop an orange lotus.

"It's about empowering people to make their own choices and to not have that taken away from them," yoga teacher Jen Craig-Evans, who came up with the idea, explains during a recent interview in Victoria, where the consent cards will be launched at the Victoria Yoga Conference (VYC) this weekend.

"I invite you to close your eyes when you're ready. Find a tall, comfortable seat and begin to deepen your breath," is how she typically begins a yoga class. Later, when it's time to move into a lunge, she will say "When you're ready to, take a big step back with your right foot." Note the language: "I invite you"; "when you're ready to." An invitation or request rather than a command.

Craig-Evans was fresh off a training course in therapeutic yoga for trauma, resilience and emotional well-being at Langara College in Vancouver when she attended a large, public class in Victoria. The teacher began by saying she and her assistant would be offering physical adjustments.

"On this particular day, I actually didn't want them," Craig-Evans says. "So my ability to really be in my body and my practice I felt was lessened. Because I was sort of on this high alert of when is she going to walk up behind me and touch me?"

Craig-Evans cooked up the idea for the consent cards over brunch with VYC organizer Carolyne Taylor and Holmes de Castro, who is a certified trauma-sensitive yoga facilitator and was one of the evaluators at Craig-Evans's Langara course.

Their shared concerns around physical adjustments and consent led to a discussion of flip-chips: a similar concept to the cards; they say "assist" on one side and "no hands-on assist" on the other. The women knew vaguely about them, but despite all their yoga experience, had never seen them in use. Inspired by the flip-chip model and eager to raise awareness and make the issue of consent on the mat more pervasive in British Columbia (and beyond), they decided to make their own cards.

Holmes de Castro, who began practising yoga after a traumatic event – she was sexually assaulted by an armed stranger when she was in her early 20s – is director of programs with Yoga Outreach, which offers trauma-informed yoga at community service facilities such as mental-health centres, prisons and residential addiction-treatment centres, including Onsite, which is above Vancouver's supervised injection site, Insite.

Even beyond these settings, she believes yoga is often used in North America as a modality to heal. And she says it's particularly important that people who fall into that category – including the people she has worked with through Yoga Outreach – be able to consent to physical adjustments.

"They just felt like they're perpetually getting it wrong because this person is coming along and fixing what's going on with them. And if that's been their experience throughout their life, that they haven't been able to get it right somehow, then that just becomes replicated in a yoga space."

Holmes de Castro says the cards are timely; they tap into current awareness around consent, autonomy and empowerment. She also points out that sometimes the adjustments may aggravate a physical condition or simply be uncomfortable.

She tells a story about an incident she heard about while training at the Kripalu Center for Yoga and Health in Massachusetts. In a large class – there were more than 40 students – a student put up her hand and said she didn't want to be touched during the class. Halfway through, the teacher, who had forgotten, came around and adjusted her. Then he said "oh that's right; you're the person that didn't want to be adjusted," and had a little laugh, Holmes de Castro recalls. "You're being mocked for the choice that you just tried to make, that was not honoured and was called out."

Taylor has been practising yoga since she was a child – she believes yoga probably saved her mother's life as she dealt with a dysfunctional marriage. At that brunch – which was only last November – she registered the consent on the mat domain while still at the restaurant. She hopes the can help standardize an approach to consent in yoga and is encouraging all participants at her conference to use them.

"Next year when the yoga conference rolls around, I want this to not be a new thing, but just a thing that is," Taylor says. "You bring your yoga mat to yoga and you bring your consent card to yoga. It's just what you bring in your yoga bag."

The Victoria Yoga Conference runs Feb 10-13 at the University of Victoria. Consent cards will be available for use there. They're also available for purchase – $10 for a set of 20 inside a muslin carrying bag, with proceeds to Yoga Outreach.

Hot yoga has health benefits, but it’s not for everyone
January 10, 2017
Yoga vs. Pilates: How to choose the right discipline for your needs
April 17, 2016 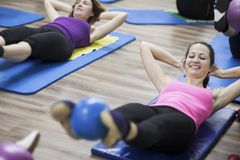 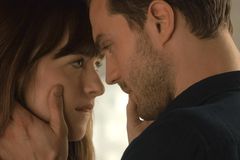