If you're trying to burn calories by running, a kilometre is a kilometre. Doesn't matter how fast or slow you go, because you have to move the same mass (you) over the same distance.

Or at least that's been the conventional wisdom. But with all the debate these days about the relative merits of long, slow workouts versus short, sharp ones, it's worth a closer look at that claim. It turns out that, if you're willing to push hard enough to go anaerobic, you'll get extra energy burn during and after the workout.

The idea that every kilometre burns the same number of calories goes back to a classic 1963 study by Italian physiologist Dr. Rodolfo Margaria. He calculated the energy burned by a pair of subjects running on a treadmill by measuring how much oxygen they were consuming. Sure enough, the calorie burn was essentially the same at speeds of up to 20 kilometres an hour.

There's a catch, though. Both of Margaria's subjects were Olympic runners, for whom even the highest speeds tested remained relatively easy. For most of us, in contrast, running at 20 km/h would be an all-out sprint that requires anaerobic (oxygen-free) energy – which means you're burning more energy than your oxygen consumption reveals.

Easy to moderate exercise is fuelled by "aerobic" energy, meaning that the oxygen you breathe in plays a key role in the chemical reaction that converts food energy into muscle contractions. But at very high intensities, you can't supply oxygen to your muscles quickly enough, so you start relying on less efficient anaerobic reactions, which produce a byproduct called lactate that accumulates in your bloodstream.

As long as you keep your intensity low enough to avoid lactate accumulation, it's true that you'll burn roughly the same number of calories at different running speeds. Above the lactate threshold, you'll start to burn some extra energy – just a few per cent extra at first, but more and more the higher you push your intensity.

So where is this lactate threshold? For trained endurance athletes, it's around the hardest pace they can maintain for an hour. For casual exercisers, it's more difficult to estimate, but a rough rule of thumb is that it should feel like you're close to sprinting if you're significantly above the threshold.

In fact, recent research by Dr. Christopher Scott at the University of Maine suggests that there's something special about reaching total exhaustion, or failure, during an exercise session that increases post-exercise calorie burn. In studies of weightlifting, he found a dramatic difference between workouts in which subjects reached that failure point and workouts where they stopped just short. "What was amazing to me was the extra cost of fatigue was identical regardless of the workload," he says.

Whether you're running or lifting weights, pushing hard seems to produce metabolic disturbances and damage that require extra energy to repair. For that reason, Scott says the most calorie-intense way to cover a kilometre would be to sprint short sections – 30 seconds at a time, for example – then stop and rest between each sprint.

"I'm under the impression that this type of intermittent exercise is the absolute best way to burn calories and lose body fat," he says.

That doesn't mean that there's no role for easy or moderate exercise. After all, you can't sprint to exhaustion every day or you'll end up injured. But it does suggest that, if you push your kilometre hard enough, and you'll get a mile's worth of benefits. 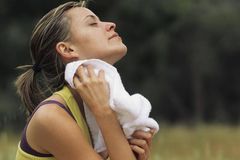 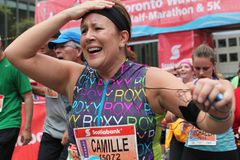