One of the pleasures of elite sport is seeing a familiar action – running, jumping, shooting a puck, throwing a ball – elevated to a sublime display of near-perfection. The athletes do the same things we all do, only much, much better.

But that's not how I felt watching Canada's freestyle skiers twist and flip through the air in Sochi last month. In this and other newer extreme events, I wasn't just amazed at the prowess of the medalists; I was amazed that anyone dares to take part in these sports in the first place.

According to research from the University of British Columbia, that may relate to how my brain is wired. Studies of skiers, snowboarders and other extreme athletes are shedding new light on why different people are attracted to different types of activities – and learning more might help us establish exercise patterns we can stick with, as well as channelling behaviour like risk- and sensation-seeking toward a positive outlet.

While many sports carry risks, there's a subset of sports in which risk isn't just a by-product – it's one of the main attractions.

For example, a Université du Québec à Chicoutimi study found that, far from being deterred by the threat of mishaps, some skiers and snowboarders actually took more risks when they returned to the slopes after an injury.

This seemingly irrational attraction is what Dr. Cynthia Thomson decided to study for her doctoral work with UBC genetics researcher Dr. Jim Rupert, though she'd initially intended to study a completely different topic.

"During my first year, Jim noticed that my friends and I were always escaping into the mountains to go climbing or skiing," she recalls.

"And he wondered whether there was something genetic about it."

Intrigued by the question, Thomson recruited a sample of 503 skiers and snowboarders in Whistler, Vancouver, Lake Louise, and Banff, and performed a series of psychological and genetic tests, as well as assessing their sports-specific risk-taking behaviour.

She zeroed in on a gene called DRD4, which helps determine the density of dopamine receptors in the brain. Dopamine is a brain chemical often linked to reward-seeking, for example to the "high" experienced by a skydiver during a jump. A single variation in the coding of this gene has been associated in previous studies with sensation-seeking behaviour including drug use, and sure enough, the skiers in Thomson's study with this particular variant of the gene also displayed more risk-taking behaviour on the slopes.

For a follow-up study, Thomson, who is now at Quest University in Squamish, went to the adventure-sports hub of Chamonix, in France, to compare athletes in high-risk sports such as skydiving, parkour, paragliding and BASE jumping to more sedate activities such as running and yoga. While the results have yet to be published, differences in sensation-seeking were again apparent.

So, given the genetic variant they share, are high-risk snowboarders as addicted to the rush of bombing down a new slope as addicts are to a drug? The psychological tests revealed a crucial difference: Unlike drug-takers, extreme athletes don't score high on impulsivity. "People often attach the word 'reckless' to these sports," says Thomson. "But these people aren't reckless; they're very calculated in making decisions and thinking before they act. They just value the sensation very highly."

His sport is always dangerous, but he's making careful decisions about the level of danger he's willing to accept. For recreational athletes who share White's appetite for thrills (and his dislike of broken bones), that's an important message to remember.

The research also raises the question of whether preference for other sports is influenced by our genes. Could genes linked to endorphins or endocannabinoids – the brain chemicals thought to be responsible for runner's high – play a role in who finds endurance sports pleasurable?

We don't yet know enough about the individual variation in these traits to draw a conclusion, says Dr. David Raichlen, a University of Arizona researcher who studies runner's high. However, he points out that twin studies have demonstrated a genetic component to exercise adherence, which may be due in part to differences in brain chemistry.

For Thomson, one of the take-away messages of her research is the idea that sensation-seeking, which is usually associated with negative behaviour, can be a positive in certain contexts. It's an idea she's pursuing with an organization called Take a Hike that leads at-risk youth on outdoor adventures.

"Living in a ski town, you hear lots of anecdotes about people who partied a lot before they found their sport," she says. "I do think there's something to the idea that sports can be the alternative high."

Cynthia Thomson's research focuses on the dopamine-4 receptor (DRD4) gene. At one particular spot on this gene, you can have either a cytosine (C) or thymine (T) base. Since you have one copy of the gene from each parent, there are three possible genotypes:

Exercise both body and mind with a different kind of cross-training
May 11, 2018 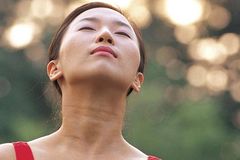 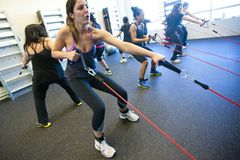 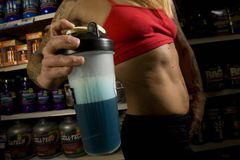 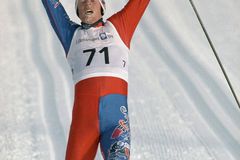 Why are elite athletes able to speed up when they see the finish line?
May 11, 2018 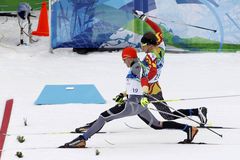