I keep on getting painful muscle cramps. What's the deal?

Nothing brings a pleasant run or bike ride to a grinding halt like a suddenly spasming calf muscle. One solution is to quaff a quarter-cup of pickle juice. That's what researchers from Brigham Young University tried in a study published in May, finding that it relieved muscle cramps in an average of 85 seconds - 45 per cent faster than drinking water.

That's not a cure, but it offers new evidence that our deeply entrenched beliefs about exercise-induced muscle cramps - that they're the result of excessive fluid and electrolyte losses in sweat - are mistaken. After all, the pickle juice can't possibly have exited the stomach in 85 seconds, let alone replenished fluid and electrolytes.

Instead, researchers are now considering the possibility that cramps are a phenomenon related to "altered neuromuscular control," stemming from multiple factors including fatigue, muscle damage and genetic factors. The new theory doesn't offer any quick fixes, but it suggests that proper training and pacing could help to minimize your risk.

The first studies of muscle cramps date back more than a century, to studies of miners and steamship workers labouring in hot, humid conditions. The idea that replacing the water and salt lost in sweat would prevent cramps developed from these early observations - but no controlled trial has ever managed to show that it actually works.

In contrast, several studies comparing cramp-prone Ironman triathletes with their non-cramp-prone peers by researchers at the University of Cape Town have found that that hydration and electrolyte levels in the two groups are almost indistinguishable before and after the race. And a forthcoming study from the Brigham Young group forced volunteers to exercise until they lost 3 per cent of their body mass through sweat, and found no change in their susceptibility to electrically stimulated cramps.

The neuromuscular-cramp theory was first proposed in 1997 by University of Cape Town sports physician and researcher Martin Schwellnus to explain simple observations such as the fact that the muscles affected are usually those that have been working hardest.

"If it's a systemic problem like dehydration, then why doesn't the whole body cramp?" he asks.

In addition, he adds, sports doctors working in medical tents at athletic events have long known that the best way to relieve a cramp is to stretch the affected muscle - another hint that the problem is local rather than general.

Your muscles are always held in a delicate balance between two types of reflex: an excitatory input that encourages them to contract and an inhibitory input that encourages them to relax. Dr. Schwellnus believes that several factors associated with exercise can upset this balance, increasing the signal from the excitatory reflex and lowering the signal from the inhibitory reflex.

When this occurs, he says, "the muscle gets twitchy." If the imbalance persists, the muscle will eventually contract in a full-blown cramp.

Factors that can affect these reflexes include fatigued or damaged muscle fibres, which would explain why cramps generally occur in the hardest-working muscles. Cramping often runs in families, which suggests a genetic component. And experiments with rats suggest that the vinegar in pickle juice can also influence these reflexes - hence the "magic" cure.

In contrast, stretching a muscle triggers the inhibitory reflex, which explains why it's a painful but effective way of ending a cramp.

Interestingly, Dr. Schwellnus's study of triathletes found that those who developed cramps had set higher pre-race goals and started at faster paces relative to their previous best times compared with non-crampers. And in a further study that has not yet been published, he found that crampers tend to have trained more in the final week before the race and have elevated blood levels of enzymes related to muscle damage before they start.

These lessons - train sufficiently, set realistic goals and rest before races - won't stop every cramp, but they may reduce your risk. Still, the science remains hotly disputed, so if eating an electrolyte-rich pre-workout banana has kept you cramp-free so far, don't stop now.

Alex Hutchinson blogs about research on exercise at http://www.sweatscience.com. 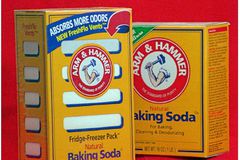