There's no doubt that exercise burns calories. So why has study after study found such modest average weight loss even after subjects follow relatively vigorous, well-designed exercise programs?

The usual answer is that you unwittingly eat more to compensate for your workout. That's partly true, but it skims over a vital detail: Few of us are "average." Break down the study results, and you find that exercise is highly effective at melting off pounds for some people, and ineffective for others. Scientists are now teasing out the factors that explain these different responses – and poking holes in weight-loss plans that promise one-size-fits-all success.

"There's currently a strong interest in identifying 'behavioural phenotypes' within the obese population so that treatments can be more specifically targeted," says Graham Finlayson, a biological psychologist at the University of Leeds. "This is the case for exercise, food, diet, pharmacologic and surgical approaches."

The wide variability in response to exercise is shown clearly in the results of a 12-week program of supervised exercise, published in a review co-authored by Dr. Finlayson in the British Journal of Sports Medicine last month. Although the intensity and duration of each workout was the same for all 58 subjects, some lost more than 10 kilograms while others actually gained a small amount of weight – opposite extremes from the average loss of 3.2 kilograms.

Dr. Finlayson and his colleagues suggest a long list of possible reasons for the variation. There are physiological possibilities, like the rate at which food leaves your gut; the production of appetite hormones like leptin and ghrelin; and the extent to which your body relies on fat versus carbohydrate for energy. All of these are affected by exercise and could influence appetite and food intake, though the evidence remains contradictory.

More recently, researchers have turned to the brain for clues. Another study by Dr. Finlayson and his colleagues, published last year in the Journal of Obesity, tested the "food-reward" responses of obese and sedentary subjects before and after a 12-week supervised exercise program. The food-reward test involved looking at pictures of different kinds of food before and after an exercise bout, and answering questions about their levels of desire in response to each picture.

After the 12-week exercise program was finished, the researchers divided the data into two groups based on how much weight they'd lost: the "responders," who'd lost an average of 5.2 kilograms; and the "non-responders," with an average of 1.7 kilograms.

Sure enough, the difference between the two groups was clear even in the data collected before the exercise program had started. While the responders' food-reward ratings had shown no change before and after a workout, the non-responders had shown a significant jump in desire for food, and particularly for high-fat and sweet food, immediately after working out.

Of the 34 subjects in the study, 14 (or 41 per cent) were classified as non-responders; but it's not known how widely this response is found in the general population – and nor is it clear whether the differences are innate or learned.

"Perhaps the style of eating impacts upon the effect found here," says Yoni Freedhoff, the medical director of the Bariatric Medical Institute in Ottawa, who was not involved in the research – in other words, "this is an egg and not a chicken."

If that's the case, it suggests using food as a reward – granting yourself permission to have special treats in exchange for completing a workout, for example – may backfire, not just in the short term (by replacing the calories you've just sweated off) but also in the long term (by conditioning yourself to crave food after exercise).

But there are also other possible explanations, Dr. Freedhoff notes. For example, factors like the typical timing and protein content of meals could affect whether some subjects were more likely to display heightened desire for food – and consequently overeat – after a workout than others.

More generally, the message of this research is that exercise really can make a significant contribution to weight loss – for some people. For others, the benefits may be harder to measure, but are at least as significant: All the subjects in Dr. Finlayson's study, even the non-responders, improved on health measures like blood pressure, insulin sensitivity and cardiovascular fitness.

Even if you suspect you're a non-responder, the solution isn't to quit working out. ("I would never advocate avoiding exercise", Dr. Finlayson says.) Instead, he suggests, use the knowledge to plan ahead and be conscious of what you eat during vulnerable times, such as after a workout. And most importantly, reframe your expectations: Whether you're a responder or a non-responder, the most valuable benefits of regular exercise can't be measured on a scale. 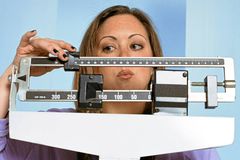 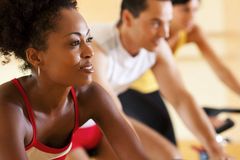