In Japan, they call it shinrin-yoku – literally, "forest bathing." Here, we might just call it a walk in the park. Either way, people around the world have an intuitive sense of the restorative power of natural environments. The question is: Why?

Scientists have advanced a wide range of theories about the specific physical and mental benefits nature can provide, ranging from clean air and lack of noise pollution to the apparent immune-boosting effects of a fine mist of "wood essential oils." But the most powerful benefits, a new study suggests, may result from the way trees and birds and sunsets gently tug – but never grab – at our attention.

The study, which will appear in a forthcoming issue of the Journal of Affective Disorders, found that volunteers suffering from depression who took a 50-minute walk in a woodland park improved their cognition, as measured by the ability to remember a random string of digits and repeat them in reverse order, compared to those who took a walk through city streets. An earlier study found similar results in subjects who weren't depressed.

The explanation, according to lead author Marc Berman, a research fellow at the Rotman Research Institute at Baycrest in Toronto, lies in the distinction between two types of attention: "voluntary," in which we consciously focus on something; and "involuntary," in which something grabs our attention.

The ability to direct voluntary attention is crucial in daily life (and for cognitive tasks like remembering random digits), but it's easily fatigued. Dr. Berman and his colleagues believe that going for a walk in the park gives voluntary attention a break, since your mind has a chance to wander aimlessly and be engaged – involuntarily but gently – by your surroundings.

"In a lot of natural areas, you're away from loud noises and distractions," Dr. Berman explains. "It tends to be less crowded so you don't have to worry about bumping into people, and it also has interesting stimulation to look at, which captures your attention automatically."

In contrast, honking horns and traffic lights and crowded sidewalks – and pretty much every other ingredient of modern life in a big city – constantly force you to exert your voluntary attention to react or block them out, leaving you more cognitively depleted.

All this makes it sound as if the benefits of nature are mostly in your head. It's true that simply looking out a window at nature or, to a slightly lesser extent, looking at pictures of nature scenes can produce some of the same effects. But the physical environment itself may also play a role, Dr. Berman notes.

One obvious candidate is air quality: A single exposure to polluted air can trigger lung and heart problems, and chronic exposure has been linked to cognitive decline. Even downtown parks and riverside bike paths are likely to have significantly better air quality than busy city streets, and trees offer an additional protective effect. The level of vehicle emissions just 200 metres away from a road is already four times lower than it is on the sidewalk next to the road.

A more unusual suggestion, proposed by researchers at Japan's Nippon Medical School, is that trees emit a fine mist of health-giving "wood essential oils." In a series of shinrin-yoku studies, the researchers have reported that walking for two hours in a forest enhances immune function (as measured by levels of "natural killer cells"), reduces levels of stress hormones and lowers blood pressure, compared to similar walks in downtown Tokyo.

(Before you rush out to buy a case of wood essential oils, it's worth noting that this research was funded in part by Japan's Forestry and Forest Products Research Institute.)

Still, the fact that pictures of nature can produce cognitive benefits suggests that at least part of the effect is mediated by what we see. One simple hypothesis is colour: Nature scenes tend to feature more green than urban scenes. A more subtle possibility is that natural landscapes have more fractal patterns – a mathematical classification that describes the complex shapes of phenomena like coastlines, mountain ranges and broccoli florets – compared to the simple straight lines that characterize man-made environments.

Teasing out the key variables will take time – and ultimately, it seems unlikely that there's a single magical quality or essential oil that fully explains the call of the semi-wild. For now, it's enough to know that the benefits of exposure to nature are real and measurable. And in an increasingly distracting and distracted world, they're more important than ever.

How to get the best from nature

While many people enjoy a walk in the park, pleasure isn't required to get cognitive benefits. Marc Berman's volunteers were less likely to enjoy their nature walks in winter than summer, but both groups aced the post-walk cognitive tests.

Think outside the park

Nature isn't the only option: A trip to the museum might offer the same attention-restoring experience. Conversely, scaling Mount Kilimanjaro or trudging through a snake-infested swamp is unlikely to boost your mental health.

You want to be stimulated enough to avoid boredom, but have enough freedom for your mind to wander. "For example, I don't think walking in the park and talking on the cellphone would be restorative," Dr. Berman says.

Can I take long-distance walks in minimalist running shoes?
May 13, 2012 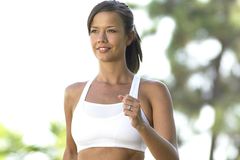 I take regular long walks. What exercises should I do beforehand?
April 8, 2012 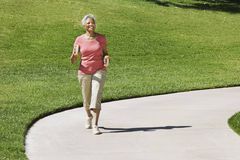 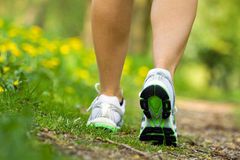