When Vonda Wright submitted the results of a study on muscle preservation in older athletes to The Physician and Sportsmedicine for publication, she included some sample MRI images to drive the message home.

"The peer reviewers said, 'Take the pictures out, the results speak for themselves,'" recalls Dr. Wright, an orthopedic surgeon at the UPMC Center for Sports Medicine in Pittsburgh.

The study offered convincing evidence that the "typical" loss of muscle that begins in adults around the age of 40 has more to do with lack of use than aging alone. It joins a growing body of evidence on what types of exercise are most effective for preserving muscle mass, including recent studies by scientists at the University of Western Ontario. But it was the pictures, which Dr. Wright insisted on leaving in, that sent the study rocketing around the Internet.

The subjects in the study were 40 recreational masters athletes between the ages of 40 and 81, who trained four to five times a week for running, swimming or cycling races. Dr. Wright and her colleagues performed a series of fitness and strength tests, and used MRI scans of the upper leg to measure muscle and fat content.

Surprisingly, neither leg muscle size nor strength declined significantly with age among the subjects, suggesting that regular training had warded off the muscle-wasting effects of aging. The sample MRIs showed virtually indistinguishable quadriceps in a 40-year-old triathlete compared with a 70-year-old triathlete. In contrast, the quadriceps of a 74-year-old sedentary man were shrivelled and enveloped in fat.

Numerous studies in the past have documented the inexorable decline of muscle with age, but they have generally used sedentary subjects to draw broad conclusions about the intrinsic effects of aging.

"When we talk about aging, we're not usually studying what our bodies are actually capable of," says Dr. Wright, an accomplished runner who has completed several marathons. "We wanted to find out: What happens if you take disuse out of the picture?"

A team from the Canadian Centre for Activity and Aging at the University of Western Ontario took a different approach to answering this question by studying the "motor units" in the legs of masters runners. A motor unit is a group of muscle fibres commanded by a single motor neuron in the spine. As you get older, these neurons begin to die off, leaving the disconnected muscle fibres to atrophy. Along with hormonal changes and changes in muscle-protein balance, the loss of motor units is thought to be one of the key contributors to age-related muscle loss.

But there's an important caveat to this good-news message. In a follow-up study published last month in the journal Medicine and Science in Sports and Exercise, Dr. Rice's group, led by doctoral student Geoff Power, measured the number of motor units in the arms of masters runners. The goal was to find out whether exercise provides a "whole body neuroprotective effect," preserving all spinal motor neurons, or whether the benefits only apply to the muscles used in the exercise.

The result: The older runners had a slightly higher number of arm motor units than their sedentary peers, but the difference wasn't statistically significant. Both were dramatically lower than the younger controls – a finding that wasn't entirely unexpected. "We were more disappointed than surprised," Dr. Rice admitted.

Together, the studies confirm the "use it or lose it" dictum, and rule out hopes that a single form of exercise can preserve muscle function throughout the body. Of course, loss of motor units is only one aspect of age-related decline, Dr. Rice points out, so it's important to choose a mix of exercises that also target cardiorespiratory fitness and bone health.

That message may seem like common sense, but the majority of Canadians still don't meet even minimum guidelines for physical activity, Dr. Wright points out. That's why she hopes that her graphic MRI images will help people understand what their current decisions about exercise will mean for their quality of life a few decades down the road. 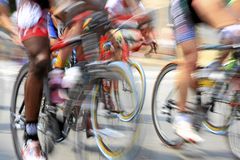