If you're among the three million Canadians whose joints are afflicted by osteoarthritis, then you face a puzzling dilemma. Regular exercise is among the most effective treatments available to reduce pain and maintain mobility – but it can also hurt, and in some cases even accelerate the progression of the disease.

So how do you strike the right balance? That's the question behind a new study from researchers at McMaster University, published in January in the Journal of Biomechanics, that explores the subtle changes in knee cartilage that occur after running or cycling. The results offer guidance on choosing the right exercise for people with osteoarthritis – and they suggest that in the long term, doing too little may be as bad as doing too much.

The study was led by graduate student Anthony Gatti and his supervisor Dr. Monica Maly (who is also affiliated with the University of Waterloo). They asked 15 volunteers to complete a 15-minute run and a 46-minute bike ride, with the durations chosen to put the same total load on the knee joints.

Before and after the run and ride, they used an MRI scanner to measure a property called "transverse relaxation time" in the subjects' knee cartilage, which is related to the distribution of water that can move around freely within the cartilage. While healthy cartilage is fairly solid, damaged cartilage is more sponge-like, Gatti explains; any load on your knee squeezes the sponge and causes free water to move around.

Even though the total load on the knee joint was the same in both activities, the pattern was different. Bicycling applies a relatively low but constant load, while running applies short spikes of impact followed by no load.

Gatti initially expected that the constant-load pattern in cycling would produce more squeezing of the cartilage – but the results showed the opposite. The relaxation-time data revealed that running had deformed the cartilage enough to redistribute free water within the joint, while bicycling triggered no significant change.

On the surface, this suggests that cycling is likely a good activity for people with knee osteoarthritis, since it can help maintain aerobic fitness and avoid weight gain – key factors in slowing the progression of the disease – without putting extra stress on the vulnerable joint.

And as for running?

"People often jump to the conclusion that running equals 'bad' and bicycling equals 'good,'" Gatti says. "I don't think that this is the case."

For one thing, the questionnaires Gatti gave his subjects revealed another interesting pattern. Those with a greater history of previous physical activity showed smaller deformations in their cartilage after both running and biking – a finding consistent with the emerging idea that cartilage, despite its reputation as a mostly inert padding, is capable of adapting and getting stronger in response to regular use.

That also fits with multiple long-running studies that have found that runners are, if anything, less likely to develop osteoarthritis in their knees or hips. For example, a multicentre study of 2,600 patients published last month in Arthritis Care & Research found that those who reported running at some point in their lives were 20- to 35-per-cent less likely to develop symptoms of osteoarthritis than those who had never run regularly.

In addition to aerobic exercise, strength training can be important for osteoarthritis patients, since weak leg muscles can put extra stress on your joints. Another series of studies by Maly used three-dimensional video motion analysis, force-sensitive plates and electrical measures of muscle activation to compare various yoga moves.

The goal was to find exercises that maximized activation of the quadriceps – the muscle in the front of your upper leg, which is particularly important for knee stability – while minimizing the load on the knee. Body-weight squat poses like the goddess and lunge poses like the warrior turned out to be the best options.

In a pilot study whose preliminary results were presented at an osteoarthritis conference last year, Maly and her colleagues found that a 12-week exercise program based on these types of yoga poses produced better outcomes than a traditional exercise program mixing walking, cycling, strength training and balance exercise for a group of older women with knee osteoarthritis.

The overall advice for those with osteoarthritis, then, looks a lot like the advice for the general population – stay active, mix strength and aerobic exercise – while seeking out activities that don't aggravate your affected joint. But don't be prematurely overprotective, because it seems increasingly likely that healthy cartilage follows the same basic rule as muscle and bone: If you don't use it, you'll lose it.

Banking sleep ahead of time can stave off exhaustion, study shows
February 23, 2017 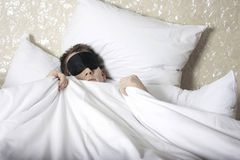 How female athletes’ eating patterns can affect bone health
February 8, 2017
Looking in a mirror while working out may not improve results
January 13, 2017
Follow Alex Hutchinson on Twitter @sweatscience
Report an error Editorial code of conduct
Due to technical reasons, we have temporarily removed commenting from our articles. We hope to have this fixed soon. Thank you for your patience. If you are looking to give feedback on our new site, please send it along to feedback@globeandmail.com. If you want to write a letter to the editor, please forward to letters@globeandmail.com.
Comments