This story was originally published in July of 2010.

I thought they were mosquito bites. Three of them, on my left shoulder. Very, very itchy. Then I woke up with more bites. Spiders, I reasoned. We stripped the bed, washed everything in hot water, vacuumed like devils. My husband came across a mosquito in the bedroom. Ah, yes, must have been mosquitoes after all.

But all along, I had a deep-down, gnawing worry that something else was biting us while we were sleeping. I had heard the stories, read the news reports. And when the bites kept coming and I finally called in the dogs, my worst fears were confirmed.

They've become the scourge of social housing and the middle class alike: resilient little critters who enter your home via well-travelled luggage, a pre-loved bargain, or through the walls of your multidwelling unit. They're tough to spot and difficult - not to mention costly - to get rid of, a process that involves someone in the house acting as living, sleeping bait.

In our house, it was Bonnie the beagle who confirmed our infestation. A local company uses trained dogs to sniff out bedbugs and Bonnie found ours: one adult, one baby and one egg (which looks like a flake of dandruff) on our box spring.

"Can you kill them?" I asked her handler. He squished the baby; the amount of blood that oozed out was shocking. "That's my blood," I said.

Thus began a more than two-month ordeal of washing, bagging, discarding and fumigating. Googling and obsessing. This might not be a public health issue according to the authorities, but try telling that to my tortured psyche.

After Bonnie found our bedbugs, the company recommended the "gold treatment," which consists of dry steaming furniture and baseboards to kill the bugs and eggs, and applying a chemical cocktail to areas where the bugs will cross to feed on you, so they'll ultimately die.

"Shouldn't every treatment be the gold treatment?" my husband wanted to know.

But I would have paid pretty much anything to get rid of the bugs - and I pretty much did (see graphic). If the bills didn't kill me, all the work ahead threatened to.

First, we got rid of the bed, wrapping the mattress and box spring in plastic and hauling them to the garage. (They need to be wrapped so no bugs or eggs escape during transport, infesting another spot in the house.)

We removed every single item of clothing from every drawer and closet in the house, washed everything in hot water, dried it for at least 20 minutes on high heat, and put it all into sealed plastic bags. For four straight days, I washed, dried and bagged clothing belonging to the five of us: three young children, their father and me - a clothes horse. I threw out a lot - if I hadn't worn it in two years, it was gone.

The dry cleaner gave me a volume discount on the three huge bags of clothing and duvets I hoisted on the counter. I vacuumed all of our shoes, purses, backpacks, suitcases and belts, then bagged them.

In preparation for the "gold treatment," I moved all the furniture away from the walls and removed everything from countertops and bookshelves. Because we have a child under 2, we needed to be out of the house for 12 hours during the process - so I packed our carefully vacuumed bags for a hotel stay.

We went through this process four times - for four treatments.

The scratch and the stigma

The bedbugs made us feel powerless, preyed upon by an unseen terror. In the early days I woke myself up maybe eight or 10 times a night, switched on a light, and yet never saw one.

The living conditions necessitated by the treatment were equally nightmarish - and a marital test. It seems the bugs weren't the only things at our throats.

Early on, I moved to the couch to escape the bites, but my husband stayed on a padded mat on the bedroom floor - first to ensure the bugs had a food source, rather than seek one out in another room. Later, after the treatments, he acted as human bait to entice any surviving bugs to cross over the poison to a food source, and die. He was, effectively, a man-sized bug trap.

The stigma attached to our situation was apparent when the first person my husband told recoiled in front of him. My sister cancelled a visit to Vancouver, even though she wasn't staying with us. Even one of our bedbug technicians said his wife would kill him if he brought bugs home.

We were frustrated, angry, distraught. In my darkest moments, I tried to source some black-market DDT.

When our second treatment didn't seem to work, I called Chris Ashby, an entrepreneur who started the company BC Bug after battling bedbugs for months, becoming increasingly frustrated with the companies he was using. Chris was sympathetic and offered a quick treatment at a discount since I had already doled out so much money.

Ivan, our junk removal guy, also offered up loads of advice on his three visits. (We ended up throwing out all of our bedroom furniture, even pieces that weren't affected.) He told us about bedbug traps, assured us we were doing the right thing by tossing the furniture.

The dogs from our first PCO came back for two more extremely thorough inspections (free of charge) and found nothing. BC Bug, though also unable to detect any "activity," treated our house twice on my insistence.

We haven't had a bite in weeks. But BC Bug recommends waiting four to six weeks after the final treatment before bringing new furniture into the house. So, more than two months after those first bites, we are still sleeping on the floor and the couch, still living out of plastic bags.

There are long-term ramifications to the bites, the bills, the bags. I have become anxious about public transit, movie theatres and random people brushing up against me. I can't imagine ever sleeping "tight" again. And heaven help anyone who recites that stupid bedtime rhyme to me.

Will the sting of this nightmare ever disappear? At this point, it seems unlikely. Once bitten. Forever shy.

Tips on what to do if you get bedbugs

» If you see a bed bug, kill it. They multiply quickly; an adult female can lay up to five eggs per day.

» Hire a good PCO; don't try to do it yourself. According to the NPMA survey, bed bugs are the most difficult pest to treat (worse than cockroaches, ants and termites).

» If you throw out furniture, make sure it's wrapped and dispose of it properly. Don't leave it outside for someone else to take.

» Vacuum daily and empty the vacuum immediately into a bag that you then seal.

» Wash all clothing and bedding in hot water, followed by at least 20 minutes in the dryer (dryer only for pillows and stuffed toys). Then seal and bag everything until your house is clear. Try to keep some sort of order to the bagging so you can find things later.

» Buy bed bug covers for your mattress and box spring.

» If you're buying a new mattress from a company that also picks up old mattresses, make sure it doesn't use the same truck to do so.

» For any hotel stay, check for signs of an infestation before settling in. Regardless, store your suitcase on the luggage rack, and as far from the bed as possible (BC Bug recommends keeping luggage in hotel bathrooms). Don't put anything in the drawers.

» Find a mentor who's been through it. I had a bed bug-surviving friend in Toronto giving me advice and support throughout. This was a life saver.

Bedbugs put to rest after discovery by SFU scientists
December 22, 2014 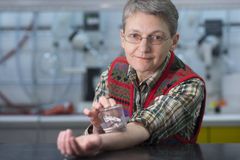 A short film about bedbugs with a lesson in acceptance
October 7, 2014 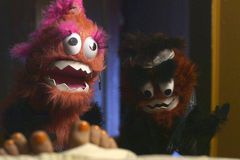 Coping with lice: Why banning kids from class may not be the answer
September 4, 2014 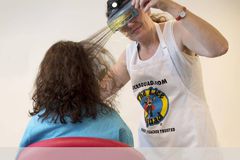