When governments make a decision that is stupid, embarrassing, overly partisan, or risks causing an outcry, they tend to do so late in the day and late in the week, preferably on the eve of a holiday long weekend, when citizens – and journalists – aren't paying much attention.

So, late Thursday, the government of Stephen Harper dropped this bombshell, as related in a brief announcement posted on the web site of the National Aboriginal Health Organization: "NAHO funding has been cut by Health Canada. It is with sadness that NAHO will wind down by June 30, 2012."

This travesty of public policy only came to light because of feisty publications like Windspeaker and Nunatsiaq News.

Founded in 2000, NAHO oversaw many research and outreach programs, in crucial fields such as suicide prevention, tobacco cessation, housing and midwifery. It collected an invaluable series of audio and video interviews with elders recounting traditional tales and knowledge. The group also published the Journal of Aboriginal Health and was home to one of the best collections of aboriginal health research in the world.

There are many political and policy differences among aboriginal groups, but NAHO managed to bring them together at one table, with a common purpose, improving the health of the unhealthiest, most disenfranchised people in the country. It wasn't always smooth sailing, but it was an achievement in itself.

We are destroying this asset for what reason exactly? To save a few bucks?

In the world of $25-billion (and counting) fighter jet contracts, that's a pittance.

And what does it say about the federal government's priorities?

If you want to trim the Health Canada budget – and the plan is to shed $200-million – then trim some bureaucratic fat at the Tunney's Pasture headquarters – don't cut grants to groups that actually do useful things.

If we want to fight a war, why not a war on poverty and health disparity in aboriginal communities?

Taking an ax to an organization that highlights these health issues – and, better still, pursues solutions – is not going to make these problems go away. It is merely going to sweep them under the carpet, where they have been for far too long.

One cannot help but see this as part of the continuing attack this government has waged on information, particularly information that casts the government in a bad light.

Here's the kind of information we need to know about the health status of Canada's 1.2 million aboriginal people, no matter how uncomfortable it makes us:

Life expectancy: Aboriginals can expect to live, on average, a decade less than other Canadians;

Disability: Native people have higher rates of disability and live, on average, about 12 more years with a disability;

Infant mortality: Aboriginal children die at three times the rate of non-aboriginal kids, and are more likely to be born with severe birth defects and debilitating conditions such as fetal alcohol syndrome;

Injuries: Members of First Nations and Inuit communities suffer traumatic injuries at four times the rate of the general population;

Chronic disease: Natives have three times the rate of diabetes; suffer more heart disease and at a younger age;

Infectious disease: Tuberculosis rates are 16 times higher in first nations than in the rest of Canada; HIV-AIDS rates are growing fastest in the native population; medieval water-borne illnesses like dysentery and shigellosis are still commonplace in native communities;

The unemployment and poverty rates are five times those in the non-aboriginal community;

Education: Only 4 per cent of natives have a university education, one-quarter the rate in mainstream society. One-third of aboriginal people do not graduate high school, three times the rate for non-aboriginals;

Housing: More than one-third of First Nations people have, in government jargon, a "core housing need," meaning their homes do not meet the most basic standard of acceptability;

Infrastructure: Overcrowded houses, lack of running water and inadequate sewage are the norm in many native communities;

Environment: The contaminants that stalk some communities are frightening: Mercury, PCBs, toxaphene and pesticide levels are all higher in the bodies of aboriginals than non-aboriginals.

NAHO's role is the "advancement and promotion of health and well-being of all First Nations, Inuit and Métis individuals, families and communities.

Clearly, NAHO's work – "the advancement and promotion of health and well-being of all First Nations, Inuit and Métis individuals, families and communities" – is not done; heck, it has barely begun.

There's a disturbing pattern here. The government has also cut funding to the Aboriginal Healing Foundation. And the First Nations and Inuit Health branch at Health Canada oversees what is without question the worst health system in Canada, making every effort to slough the responsibility off onto the provinces and territories.

Jack Hicks, an Iqaluit-based suicide researcher summed it up this way: "The Conservatives want out of the aboriginal business." Who can forget the historic apology proffered by Prime Minister Stephen Harper to survivors of the residential schools? But words are not enough, and a Truth and Reconciliation Commission is not enough.

Concrete actions need to be taken to help the 150,000 Inuit, Métis and First Nations children who were forcibly separated from their families, but action must be taken too in their broader communities, where another million or so aboriginal people, who did not go to residential school, also need help.

The healing process may take generations, true reconciliation even longer. But the ultimate goal must be healthy communities.

Closing the gap will not be easy, or quick. But it starts with small steps, the kind that can be found every day in the contributions of groups like NAHO.

Those footsteps of progress should not be silenced. 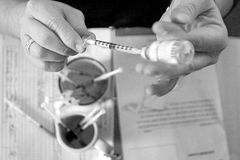