I was doing some research on the Internet for a relative who suffers from arthritis. I came across a bunch of U.S. clinics offering stem-cell treatments for arthritis and other illnesses. Are these clinics legit?

There is good reason to be extremely wary of anyone claiming to be using stem cells to treat patients. Although stem cells hold great promise, there are only a few safe and proven therapies for these cells at the present time.

Unfortunately, some clinics are capitalizing on hope and hype to attract paying customers – many of whom are desperate because conventional treatments can't help them or provide only limited benefit. Some patients have travelled to distant countries in search of elusive cures.

But, in recent years, there has also been an explosive growth of dubious clinics in the United States, some promising to treat a wide range of conditions including arthritis, autism, cerebral palsy, stroke, muscular dystrophy and cancer.

But the U.S. clinics may not be able to get away with their questionable practices for much longer.

The U.S. Food and Drug Administration is drafting new regulations that would give it the ability to crack down on clinics making unsubstantiated claims. It will be holding two days of hearings on the proposals later this month.

To better understand why you should steer clear of these clinics, it's worthwhile reviewing the current state of stem-cell research.

The first thing you need to know is that there are different types of stem cells.

Embryonic stem cells are found within a human embryo.

At first, they are undifferentiated – all being the same – but they will subdivide and change into all the different cells and tissues that make up the body, producing a fully formed baby.

"They are really the building blocks of our bodies," explains Dr. Cindi Morshead, a neuroscientist at the University of Toronto.

These undifferentiated cells exist only in the earliest stages of human development. In theory, you could use embryonic stem cells to grow replacement body parts and tissues for people who suffer from degenerative diseases.

But using human embryos in this fashion is fraught with controversy.

There are other options, however.

Five decades ago, scientists discovered that some stem cells continue to exist throughout our lives, hidden within certain tissues of the body.

These so-called "adult" stem cells don't have the capacity to produce every single cell type, but they can morph into certain cells.

For instance, stem cells in the bone marrow play a role in replenishing the blood supply.

Scientists have also found a way to manipulate skin cells in the lab so that they revert to an embryonic-like state. These are referred to as induced pluripotent stem cells.

Despite these advances, the ability of scientists to harvest and manufacture stem cells is still extremely limited. What's more, they have only a rudimentary understanding how to use these cells for regenerative medicine.

One of the few success stories is the bone marrow transplant – in which stem cells extracted from a donor's bone marrow are used to create a new blood system for a patient suffering from a blood disorder such as leukemia.

Most stem-cell therapies are experimental. So, how do U.S. clinics get away with making grandiose claims about treating a host of conditions?

In large part, they are relying on "loopholes" in the existing regulatory environment, says Dr. Juan Carlos Zuniga-Pfluecker, a senior scientist at Sunnybrook Health Sciences Centre.

He points out that the FDA is responsible for overseeing the approval of new drugs and medical devices. But, he adds, stem cells are neither drugs nor devices.

In some cases, the sketchy clinics simply extract cells from one part of a patient's body (often fat tissue), do some processing and then reinject the concoction in another area such as an arthritic joint. It's impossible to say whether the patients have actually received any stem cells.

"We don't really know what is going on" at these clinics, says Timothy Caulfield, research director of the Health Law Institute at the University of Alberta.

Many stem-cell researchers are eager to see the FDA act decisively. They're worried the reputation of their field could be tarnished by unsavoury clinics, setting back real progress being made in clinical trials now under way.

Patients who are interested in taking part in reputable stem-cell research can find a list of registered clinical trials on a website of the U.S. National Institutes of Health: www.clinicaltrials.gov.

If a patient is asked to pay for a treatment claimed to be part of a study, that's a "red flag," warns Dr. Duncan Stewart, president of the Ontario Institute for Regenerative Medicine.

Charging patients for what amounts to a still unproven therapy "is very unusual," says Stewart. "If they ask you to pay, I would consider ending the conversation right there." 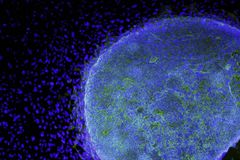 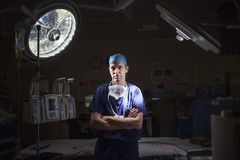