My daughter suffered a concussion while playing hockey. The doctor said she should rest until her symptoms disappear. But after one month, she is still having headaches, is constantly tired and is in a mental fog. Does it usually take so long to get better? And is rest really the best treatment?

The majority of patients improve within a few weeks, while others continue to experience symptoms long after the head trauma. The experts aren't sure why patients recover at different rates. But they agree that another concussion should be avoided – especially soon after the first one.

A concussion usually results from a sudden blow that causes the brain to literally bounce around inside the skull. A standard CT or MRI scan may show no signs of injury, but the vital organ has obviously been disrupted and needs time to heal.

Apart from headaches and fatigue, symptoms can also include sensitivity to sound and light, mood changes, balance problems and sleep disturbances.

In recent years, most doctors have followed guidelines that say the patient should initially rest. Once symptoms go away, the patient can gradually resume physical activities. If symptoms return, the patient is supposed to scale back activity.

However, an intriguing Canadian study, published last December in the Journal of the American Medical Association, indicates that some exercise – even for patients who are still experiencing symptoms – may actually aid recovery.

The researchers looked at data collected on 2,400 children and teens – aged five to 18 – who were treated for concussion at emergency departments across Canada. The results showed that kids who engaged in some exercise in the first week following a concussion appeared to do better than those who refrained from all physical activity.

In particular, 44 per cent of children who strictly rested had three or more persistent symptoms about a month later.

By comparison, only 25 per cent of those who engaged in physical activity in the first week had continuing symptoms at the one-month mark.

"Physical activity may be helping people get better," says the study's lead researcher, Dr. Roger Zemek, an emergency department physician at the Children's Hospital of Eastern Ontario in Ottawa.

Zemek is quick to emphasize that patients should avoid anything that could lead to another concussion. But low-risk, non-impact activities – such as walking, pedalling a stationary bike, or swimming – a few days following the injury may speed up healing by increasing blood flow to the brain.

Years ago, he notes, it was fairly common for young and professional athletes to return to play almost immediately after a concussion. That approach was clearly wrong because it put people at risk of long-term cognitive harm and, in some cases, even death. So, most experts say that people need to rest after a concussion, providing the brain time to recover.

But Zemek's study, plus other research, casts doubt on the prescription of total rest.

"Maybe the pendulum had swung too far," says Zemek, who is also an associate professor at the University of Ottawa. "People have taken rest to such extremes that kids are in the equivalent of a home jail," he explains.

"It is not uncommon for them to sometimes stay in their rooms for weeks, even months, on end. They are becoming depressed, deconditioned and socially isolated. And they are continuing to have symptoms, not seeing any progress."

With most other injuries, Zemek points out, attempts are made to get people to resume some level of activity as soon as possible. "If someone has a stroke, you don't leave that person in bed," he says. "The faster patients are moving, the better they recover."

In a similar fashion, he believes "some sort of early physically-active rehabilitation may be part of the future management of concussions."

Other experts are coming to the same conclusion. Last month, in the British Journal of Sport Medicine, a group of concussion specialists published a consensus statement that suggests prolonged rest may in fact be harmful.

"Most people would agree not doing anything for a long time is not a good thing," says Dr. Leodante da Costa, a neurosurgeon at Sunnybrook Health Sciences Centre in Toronto. "Doing some physical activity seems to make sense."

Zemek hopes to determine the ideal type and duration of physical activity with the launch of a new study, in which concussion patients are randomly selected to do either early exercises or rest.

Of course, every patient is different and early exercise might not be appropriate for everyone. As da Costa puts it: "Some actually can't do it. They are fatigued, they are dizzy and they don't have the stamina. Others are good to go. You obviously have to gauge the patient's condition."

So, what should patients do if their symptoms persist for a month or longer? "They should be referred to a qualified concussion specialist," Zemek says.

Paul Taylor is a Patient Navigation Adviser at Sunnybrook Health Sciences Centre. He is a former health editor of The Globe and Mail. You can find him on Twitter @epaultaylor and online at Sunnybrook's Your Health Matters. 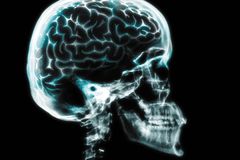 The link between traumatic brain injuries and sexual drive
April 19, 2016 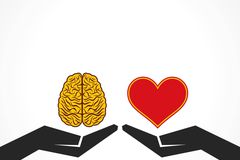