When you think about the pay you get for your work, do you feel you are paid about right, underpaid or overpaid?

Over the past month we've posed that question to Canadian workers from a diverse cross-section of occupations and sectors. Here's what our Canadian Work, Stress, and Health study (CANWSH) has discovered so far:

33 per cent feel "underpaid a little;"

By comparison, the 2014 General Social Survey (GSS) asked American workers a slightly different question: "How fair is what you earn on your job in comparison to others doing the same type of work you do?" The patterns are remarkably similar to our results:

51 per cent report they earn "about as much as I deserve;"

27 per cent report earning "somewhat less than I deserve;"

12 per cent report earning "much less than I deserve."

Surely no one feels overpaid, right? Not so: 7 per cent of Canadians and 10 per cent of Americans feel overpaid and, among those folks, a handful say severely so. You might be wondering: "Who are these people?" You might also wish to extend a helping hand to relieve their burden.

As Guillermina Jasso, a sociologist who studies justice evaluations, puts it: "We live in a world that rarely realizes congruence between actual earnings and just earnings." The International Social Survey asked more than 48,000 people from 40 countries if their pay is "just," given their skills and effort. More than half of respondents said "unjust."

Figuring out precisely what people perceive as "just pay" is complicated, but there are social standards and patterns. People who feel paid appropriately experience a balance of investments and rewards. Investments such as education, skill, effort and seniority are on one end of the scale – that is, how much have you put in? Rewards are on the other. When the scale tips toward investments, you feel underpaid; when it tips toward rewards, you feel overpaid. We all have internal standards, but we also rely on social comparisons: "Why does so-and-so earn more than me? I have better credentials, work harder and have more seniority!"

Getting less than you deserve

It hurts to feel under-rewarded – to get less than what (you think) is just – on a cognitive, emotional and even physical level.

Perceived underpayment and job dissatisfaction go hand in hand. A recent Accenture study of 3,600 entry- to management-level business professionals across 30 countries found that feeling underpaid is the top reason for worker dissatisfaction.

Feeling underpaid doubles the probability that a worker will report experiencing "stress, depression and problems with emotions" on a majority of days in any given month.

Physiological reactions are common, too. Perceived underpayment raises the risks of rating oneself as having poor health, headaches, and stomach, back and chest pain. All this affects sleep quality: Those who feel severely underpaid have more difficulty falling or staying asleep.

Perceived underpayment also hurts because it amplifies other stresses, such as interpersonal conflict, work interfering with non-work life, and having too much work and not enough time.

That's a lot of suffering – and it isn't equally distributed in the population. In collaboration with Atsushi Narisada and Sarah Reid, our research shows that the pain of feeling under-rewarded hurts more among those who earn less, mostly because of the link with greater financial insecurity.

Does anything help? Greater job security and fringe benefits seem to provide some protection.

As long as resources are allocated unequally, humans will always ask that question. But we shouldn't dismiss the experience of feeling underpaid as "subjective." The sociologist W.I. Thomas famously said that if humans "define situations as real, they are real in their consequences." That was true in 1928, it's true now and it will still be true in 2928.

The connection between subjective experience and behavioural response is clear, and often involves efforts to restore equity or modify structural arrangements. For example, we've discovered that people who feel underpaid express greater interest in trying to find another job with a different employer. (Organizations that care about employee retention ignore perceived under-reward at their own risk.)

But back to that small group who feel overpaid – they must feel guilty, right? Wrong. A quick comparison shows that the overpaid actually report less guilt and distress than others. By contrast, the link between under-reward and anger is much clearer.

Some of you might be thinking: "Isn't the causal direction the other way around – the anger in people causes them to feel underpaid?" Clever experiments show how monkeys react to unequal pay. Two monkeys situated in adjacent cages perform the same task equally well, but one gets a cucumber and the other a delicious grape. The monkey that gets less than she thinks she deserves – the cucumber – goes bananas, banging on the floor, shaking her cage and throwing the cucumber back at the experimenter.

Everyone has a stake in understanding the social causes and consequences of perceived underpayment. We need to talk about it and address it collectively as departments, organizations and institutions.

The conditions that surround unjust earnings are ripe with chronic stress. Ultimately, that makes this a public health concern.

If monkeys aren't cool with getting less than they deserve, why should we be?

Dr. Scott Schieman is a Canada Research Chair (Social Contexts of Health) and professor of sociology at the University of Toronto. His research focuses on the causes and health consequences of social stress. You can follow him on Twitter @ScottSchiemanUT. 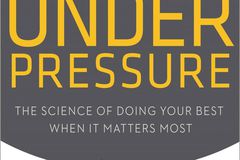 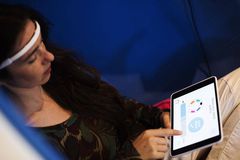