My dad, Bernie, was a collector. Bernie passionately lectured me on the many uses of paper grocery bags as he carefully grouped them into stacks of 10, tied them with twine and filed them in the furnace room. He collected pens as if one day there might be a global ink shortage. The pens were grouped meticulously and filed in a special drawer.

After my mother died, Bernie lived by himself. I visited him regularly and felt that, at 85 years old, he was doing well. I did notice a few changes, but I attributed them to age. His love of collecting paper bags and pens strengthened, but the neat and tidy nature of his collection started to slip, and the house became cluttered.

Bernie had always been a sharp dresser, but I noticed he was starting to look more dishevelled. I figured he spent so much time at home, he did not feel the need to dress up. Bernie's fridge was always filled with hot dogs and vegetables, many past their best before date. He had never eaten hot dogs as far as I remembered, but I told myself that maybe his tastes were changing with age.

Then, the phone calls started. Bernie would call at all hours of the night to report an "emergency." Emergencies were usually related to some paper bags going missing, or a fear that someone was stealing his pens. I just thought Bernie was getting a little paranoid in his old age, and continued to tell myself he was doing well. Until the call came that I could not ignore.

Bernie's neighbour phoned me because my dad was knocking on doors at two o'clock in the morning, looking for someone to help set his watch. Bernie could not remember where he lived and had wandered the neighbourhood for hours. Months of denial fell away from my eyes and I finally saw clearly. Bernie was not doing well.

At the time, I felt so blind and guilty, but when I started working in home care, I realized my case was a classic one. For much of our early lives, parents and other adults seem superhuman. Even as we grow and realize our adult relatives are just people with flaws, the superhuman myth can linger and make it hard to see when they need help.

Here are five signs it is time to start the conversation about getting help for your aging loved one:

Is someone who has always taken pride in his appearance no longer interested in how he looks? Are clothes mismatched, soiled, inside out or backward?

Is there a difference in how the house is being maintained? Is dust accumulating or are spills not being wiped up? Is there clutter? Are letters, bills and newspapers piling up, unread?

3. Changes in personal hygiene and grooming

Dry toothbrushes are a sign that oral care might be neglected. Do you notice any slight odour of urine in the home, or signs that bathing patterns have changed? Is your dad shaving his face regularly and remaining relatively cut-free? Has your mom started to neglect her regular hair and nail appointments?

4. Changes in weight and eating habits

Weight loss could be a sign of poor eating habits and lack of nutrition. Is food spoiling in the fridge? Are tastes changing to easier foods to cook, such as hot dogs? Are there groceries in the house at all? Do you notice that pots are being burned?

Is there a decline in interest in hobbies or social activities? Are special occasions that your loved one previously enjoyed no longer pleasurable? Are appointments being missed or important birthdays being forgotten?

Had I known to watch for these signs, I might have taken action sooner with my dad. Thankfully, in-home care helped keep Bernie safe in his home for a couple of years until he agreed to move to a retirement home.

At the retirement home, Bernie's paper-bag obsession disappeared and in its place came a need to collect linen napkins from the retirement residence's dining room. The pilfered napkins were tied in groups of 10 and stacked neatly in a suitcase under his bed.

The only "emergency" calls I got from the retirement home were to tell me the dining hall was running low on napkins, and it was time for me to retrieve them back from Bernie on my next visit.

Renée Henriques is a registered nurse and the owner and managing director of ComForCare Home Care Toronto, providing personal support services to seniors. 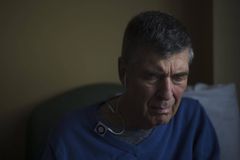 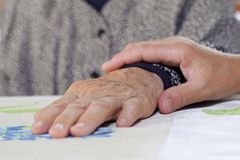