Since 1945, the dawn of widespread antibiotic use, the threat of resistance was apparent. Yet, for more than 50 years, little to nothing was done to stop it. Only in the past two decades has that changed, thanks to the looming possibility of a postantibiotic era in which infections run rampant and kill millions each year. The medical establishment has responded with actions to limit their use and find novel means to fight off infections.

In stark contrast, the agricultural world continues to lag, with livestock health still largely depending on antibiotics. After all, these drugs represent one of the most reliable means to ensure healthy animals as well as rapid gains to market weight. This, in turn, allows for more meat output and greater monetary returns. But here at home, the agricultural industry may have no choice but to look beyond antibiotics. In 2017, Health Canada will invoke a ban on the use of the majority of antibiotics for the purposes of growth promotion. The move, while warranted to slow the march into the postantibiotic era, seems to leave farmers and feed producers with a rather ominous future. Without this option, not only will animals not grow as expected but they will also be at risk of contracting a number of illnesses once thought to be eliminated.

There is a way forward.

A number of scientists are producing excellent basic research and development to create an array of novel options. More impressive is the fact these are based on natural products as opposed to chemicals.

In 2009, an Australian team found the use of probiotics, specifically mannan-oligosaccharides in chickens could act as an alternative to antibiotics for growth. Not only did the chickens grow just as well, they had no problems with infections.

Last year, a group from South Korea showed that the introduction of bamboo into pig feed revealed significant benefit and a lack of need for antibiotics.

Most recently, a team of Canadians unveiled the potential of a novel supplement based on the antioxidant beta-carotene. The work revealed improvement of the immune system just as beneficial as antibiotics.

There is, unfortunately, a caveat.

While alternatives continue to be found in the academic literature, there is no guarantee they will be used come 2017. Before they can be used en masse, they need to be approved by Health Canada for use with an appropriate claim of action. This arduous process involves taking the time and money to prove the product is safe for animals and humans, effective in its claimed activity, and offers as little residue as possible.

The conundrum of the lack of approved alternatives in light of the impending ban puts farmers in a rather tight spot. Without a proper licence, choosing an alternative could result in significant impact on both the quality of life of the animals as well as the overall cost.

Though academic literature can offer hope, these texts cannot offer the guarantees that come with proper regulatory review and approval. As such, though the potential for alternatives is continually growing, the actual use of them could come to a standstill.

To get past this hurdle, there needs to be movement by the government to address and approve antibiotic alternatives.

This requires two significant steps. The first is to offer funding and intellectual-property protection for research into these alternatives.

The second is to develop a framework for rapid assessment and approval of these products to be used as alternatives to antibiotics.

In this way, the health and welfare gaps presented by the ban can be filled and farmers can sustain their operations without concern for loss of life or revenue.

Jason Tetro, author of the science bestseller The Germ Code, is a microbiologist with over 25 years experience in research. You can follow him on Twitter at @JATetro 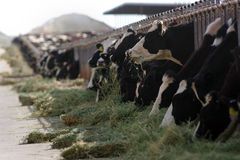 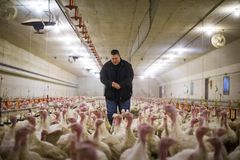