Health Advisor is a column where contributors share their knowledge in fields ranging from fitness to psychology, pediatrics to aging.

Last month, Health Canada, Dietitians of Canada (of which I'm a member), the Canadian Paediatric Society and the Breastfeeding Committee for Canada together released updated guidelines intended to simplify the messages out there on feeding infants aged six to 24 months. The revisions, some surprising, incorporate the latest scientific evidence on how to feed babies. Here's what parents need to know about the most up-to-date advice:

Parents should start baby off with iron-rich solid foods at about six months of age, give or take a few weeks – instead of previous recommendations of 4 months of age. Parents can start with well-cooked minced, mashed or shredded, meat or meat alternatives (such as cooked, mashed beans or lentils, eggs) and iron-fortified infant cereals.

After introducing iron rich foods, all the other food groups can be introduced next (including vegetables, fruit, grains and milk products such as cheese and yogurt), and in a variety of textures.

Health Canada used to recommend iron fortified infant cereal first, followed by vegetables, fruit, then milk and meats. There were a variety of reasons including food allergy identification, texture preference, taste acceptance and nutrient issues. These reasons were based more on tradition than on science; the lack of scientific evidence led to these revised recommendations. What's more, some research shows that delaying the introduction of lumpy textures is actually associated with feeding difficulties in older children and lower intakes of healthy foods like vegetables and fruits.

So the old practice of starting your baby on pureed foods only has been replaced with advice that parents can introduce a variety of textures. At six months, babies can handle a variety of soft textures and soft finger foods so there is no need to offer only purees, which would be the case at four-months-old. Safe finger foods include: pieces of soft-cooked vegetables and fruits; soft, ripe fruit such as banana; finely minced, ground or mashed cooked meat, deboned fish, and poultry; grated cheese; and bread crusts or toasts.

Only two exceptions to the otherwise try-everything approach now remain: milk and honey. While homogenized milk can be introduced to breastfed or formula fed infants from nine to 12 months, avoid honey (and products made with honey) until at least one year old.

In the past, the advice was to delay the introduction of potentially allergenic foods. What's new?

The new recommendation is for parents to introduce all of the "priority" or most common allergens as part of first foods offered to babies – including egg, milk, peanuts, seafood, sesame (e.g., in hummus), soy, tree nuts and wheat.

If a reaction is to occur when introducing a potentially allergenic food, it will most likely appear within 48 hours. We tell parents to wait two days in between introductions of these foods. This helps parents identify which food is likely responsible for any sign of an allergic reaction.

To decrease the likelihood of your baby developing an allergy, introduce potentially allergenic foods early and serve them often. This guidance applies to all babies, no matter what their risk of developing a food allergy might be. Parents with a family history of food allergy are strongly encouraged to talk to their healthcare provider about the introduction of commonly allergenic foods. This general guidance does not apply to those babies or young children who already have a food allergy.

The use of open cups (starting from six months) is now considered the gold standard. Although sippy cups have been popular with parents and toddlers alike, open cups support the development of mature feeding skills.

If a child is introduced to an open cup starting at six months of age their drinking skills continue to progress as they grow. Start with small amounts of water when first offering drinks in an open cup. Drinking from an open cup will take time and patience, but baby will learn how to hold the open cup so water doesn't run down her front or up her nose.

Babies don't come with manuals, so this latest update should be welcome news for parents with questions about infant feeding. It may still seem complicated, but the guidelines do provide several ways to simplify the process. Here's a parent-friendly guide.

Becky Blair is a Registered Dietitian working in public health and a spokesperson for Dietitians of Canada. She was a member of the joint working group who developed the revised Nutrition for Healthy Term Infant Guidelines. 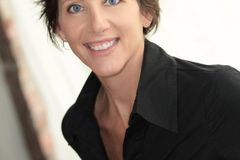 Many teens could use a full mental-health checkup
March 17, 2014 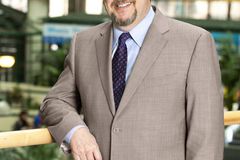 The one crucial thing missing from your kid’s education: physical literacy
March 6, 2014