If you're at all like me, you dread getting sick. I'm just not very good at lying around for days feeling as if I've been run over by a truck. So I'm all about trying not to get sick in the first place.

As a researcher at SickKids Hospital in Toronto, I have to get a flu shot. But since the flu shot is not 100-per-cent effective, I am working on other ways to avoid getting sick or, if I do, to get better as fast as I can.

In my hunt through the research on influenza, I came across a very interesting finding. In a paper published in the Annals of Family Medicine, Dr. Bruce Barrett and colleagues from the University of Wisconsin-Madison looked into the benefits of meditation and exercise for prevention of the flu.

Before the annual flu season began, they divided their research volunteers into three groups: one that would practise meditation, another that would exercise regularly and a third control group that just carried on with normal daily life. They then tracked how many people in each group got sick and how severe and long-lasting their symptoms were.

The results were surprising.

As an exercise physiologist, I would have bet that exercise would be more powerful than meditation for preventing the flu. I was wrong.

Both meditation and exercise reduced the number of people who got sick by about 25 per cent.

The severity of the symptoms was lowest in the meditation group, followed by the exercise group and most severe in the group that did neither.

The duration of the illness was reduced equally by meditation and exercise.

Perhaps the most interesting finding was the total number of missed days of work in each group. The meditation group only missed 16 days, compared with 32 in the exercise group and 67 in the observation-only group.

The researchers conclude that exercise and meditation are both effective in reducing the burden of respiratory-tract infections. Moderate exercise is known to be very beneficial for your immune system – the body's system that fights off infection, illness and disease. This is partly because exercise improves the flow of fluids in your lymphatic system, which means that viruses, bacteria and toxins are filtered from your blood and lymph more effectively. Consistent exercise also increases the number and potency of macrophages, which are white blood cells that travel around your body and attack and destroy invaders. We know that exercise works and how it works.

Although meditation, yoga and relaxation have all been used effectively to help people reduce stress, hypertension, anxiety, insomnia and illness, how meditation works to accomplish this is less clear.

But some new research studies have shed some light on this area.

A group at Massachusetts General Hospital found that when people practised meditation – either experienced practitioners for a single session or novices consistently for eight weeks – there were improvements in the function of mitochondria (the energy factories inside all the cells of the body), better insulin metabolism (which helps your cells absorb blood sugar which they then use for energy) and less inflammation (high inflammation is related to many illnesses and diseases).

In addition, a research study published in the Journal of Alternative and Complementary Medicine found that students who practised meditation increased their levels of immunoglobulin A (which is a substance that identifies invaders such as viruses and bacteria so that they can be destroyed by your immune system) and that the levels kept increasing over the course of the four-week study.

At this time of year, some people are going to get sick. If you don't want to be one of them, be sure to work out and take time to relax each day. Even better, try meditation. You'll be doing your body, your mind and your immune system a lot of good.

Dr. Greg Wells is an assistant professor in kinesiology at the University of Toronto and an associate scientist in physiology and experimental medicine at the Hospital for Sick Children. He is a health and high-performance expert who inspires better living through better nutrition and better fitness. You can follow him on Twitter at @drgregwells or visit his website at drgregwells.com. 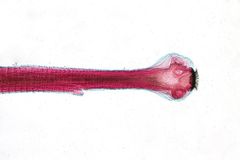 Opinion
Fever is a sentry for the body – and the country
November 10, 2014 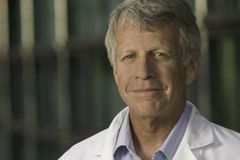 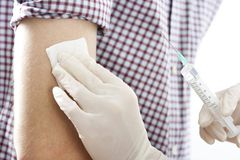