These days, it's tough for parents to decide whether to enroll their children in organized sports such as hockey, football, rugby or even soccer and basketball. There is more worrisome information out there about the effects of concussions than when I signed up my kids or when my parents let me sign up.

But, even way back then, my parents tried to keep me from playing football, but eventually – after much argument on my part – let me play both football and hockey. My wife and I also allowed our older son to play hockey and rugby. However, recent surveys by sports organizations such as Hockey Canada show that a lot of parents are doing otherwise, and many are worried enough to take their kids out of some sports. Is this wise?

Certainly parents must withdraw their kids if their doctor has advised it. If a kid has had several concussions, for example, then further concussions could be catastrophic.

I've had to give this advice to many families in my practice, and indeed it is given only after very serious consideration because it's devastating for all involved.

But what about kids who want to start a collision sport who have had no previous concussions? Should their parents sign them up? I think they should for several reasons including: camaraderie, learning from group interaction, skill development, life-long friendships, exercise and fun. These are essential learning opportunities for life.

Also, what I learned in hockey and football spilled over to individual sports such as skiing. I believe I was better protected against injury in these individual sports because I had participated in team sports. The lessons about respecting my body and the bodies of others were useful, as was the lesson about keeping equipment in good condition.

These great life skills may not be enough to convince parents they should enroll their kids in collision sports. But along with everything those of us in the field have studied and learned about the effects of head injuries such as concussions, we've also learned a lot about how to prevent them and teach kids how to play safely.

We know safe participation is possible. It involves a combination of preventive measures and education about concussion identification and management. We need to empower parents to work with us. Hockey moms and dads can make a difference. Here's a short list to help parents get up to speed:

– A properly fitted helmet is not too big, sits two finger widths above the eyebrows and is snug. If it's a bike helmet, then the straps form a V under the ears and only one finger can fit between the chin and the strap. If it's a hockey helmet, the same one-finger rule applies.

– Your child doesn't need to lose consciousness or be hit in the head to sustain a concussion. A blow to the chest can also cause a whiplash effect on the brain.

– Experts now agree that there are at least 40 to 50 concussion symptoms, of which headaches, dizziness and imbalance are most frequent; physicians now only need a single symptom to make the diagnosis.

– Recent research has shown that adolescents are the age group most sensitive to the effects of concussions – more than children or adults. For this age group, cognitive deficits sometimes persist for many months after injury.

– The only treatment proven to work for concussion is mental and physical rest. No school, no TV, no sports for a brief time at the beginning with gradual reintroduction of activities as tolerated.

– Before they sign up, parents should ask sports organizations and coaches whether they emphasize fun, respect for opponents, fair and safe play, and strict rule enforcement. Parents are a major force for convincing the league bosses, both amateur and professional, that safety is important.

Just as our kids learn about teamwork, it's a team effort between parents and coaches to keep our kids safe and let them enjoy any and all sports. We want kids to continue playing sports as kids and then as adults.

Dr. Charles Tator is a neurosurgeon at the Krembil Neuroscience Centre of Toronto Western Hospital. He is also the founder of ThinkFirst, now part of Parachute Canada, a national non-profit organization dedicated to the prevention of brain, spinal cord and other injuries, and the research lead for the Canadian Sports Concussion Project which is studying the long-term effects of repetitive concussions. 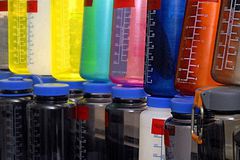 Jennifer Heil salutes the gold-medal parents who instill much more than a love of sport
February 24, 2014 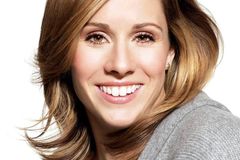