I told my family doctor that I suffer from anxiety. She said I would have to wait a long time to get an appointment with a psychiatrist. Instead, she suggested I attend a group therapy class that teaches mindfulness. What is mindfulness and can it really help me?

Your family doctor is correct. There can be very long waits to access certain types of mental-health services.

Mindfulness training, provided in a group setting, is one way to speed up the delivery of care to people troubled by anxiety, depression, mood disorders and other conditions such as chronic pain and insomnia.

In a nutshell, "mindfulness is an awareness of our moment-to-moment experience," says Dr. Steven Selchen, director of outpatient psychiatry at Sunnybrook Health Sciences Centre in Toronto.

It doesn't get rid of unpleasant thoughts and experiences, he adds. But it can provide people with coping skills so that these negative "thoughts don't take over their lives," Selchen explains.

Mindfulness comes out of the 2,500-year-old Buddhist tradition of meditation. Several decades ago, a secular form of the practice was introduced into Western health care by Dr. Jon Kabat-Zinn of the University of Massachusetts Medical School. He developed an eight-week course – called Mindfulness Based Stress Reduction – for patients dealing with pain and other conditions.

Since then, growing numbers of mental-health professionals have embraced various forms of mindfulness as a way to help patients better cope with our fast-paced modern world.

"Very often, our reactions during times of stress are propelled by habits and reflexes and some of these can be counterproductive," says Zindel Segal, a professor in the Department of Psychology at the University of Toronto.

"Mindfulness lets us slow down and see the mind at work, and the body at work, and choose a response that is more adaptive."

Road rage is a perfect example of the consequences of acting reflexively, rather than mindfully.

Mindfulness is a particular type of awareness, Selchen says. One way to foster mindfulness is through meditation, in which you focus on a particular sensation – such as your breathing or a sound – and get to know it thoroughly. That awareness is then extended to the exploration of everyday thoughts and emotions.

A thought can become recognized for what it is – an event in the mind, not more, not less. Thoughts aren't facts or absolute truths. So, for example, just because the thought "I'm an idiot" pops into your mind, it doesn't mean you're an idiot.

A key component of mindfulness is that it permits people to be kinder to themselves. Selchen notes that some individuals are extremely self-critical when they make mistakes. "That just adds a lot more unpleasantness on top of the distress that is already there."

With mindfulness training, negative ruminating can be lessened.

In fact, one study found that mindfulness-based cognitive therapy helps prevent people from slipping back into depression when they are in a period of remission.

"The data showed a 50-per-cent reduction in the risk of relapse over the first year," Selchen says. That's comparable to what can be achieved by taking an anti-depressant medication, he adds.

Another study, co-authored by Segal, found a drop in medical visits after high users of the health-care system had group therapy focused on mindfulness.

"Teaching specific skills to patients allowed them to look after themselves when they are dealing with mood and anxiety difficulties," Segal says.

These studies, and others, are helping to fuel a burgeoning public interest in mindfulness. There are now numerous books, tapes and apps that promise to guide people to greater awareness.

However, Selchen adds some words of caution. "This is not an easy thing to learn on your own," he says. "Anyone who is developing mindfulness is learning a way of being with experience that is very unfamiliar."

That means you will likely need a good teacher to get you off to the right start. The encouraging news is that many hospitals and mental-health clinics offer introductory courses – and you can often enroll in them without an excruciating wait. Indeed, providing instruction to many people at once is an extremely efficient way to deliver this form of therapy.

The one-to-two hour group sessions are usually spread over five or eight weeks.

Once you have a solid foundation, then books, recordings and other online materials could be used to keep you going.

Of course, group-taught mindfulness isn't a treatment for everyone. Some patients will need one-on-one therapy with a health-care provider, or medication.

It's also important to know that mindfulness won't necessarily produce moments of bliss – an image of meditation often found in popular culture.

But it can supply the mental tools to better deal with daily ups and downs. "And that can make a huge difference in people's lives," Segal says.

Paul Taylor is a Patient Navigation Advisor at Sunnybrook Health Sciences Centre. He is a former Health Editor of The Globe and Mail. You can find him on Twitter @epaultaylor and online at Sunnybrook's Your Health Matters.

You time, your way: How to add self-care to your daily routine
December 23, 2016 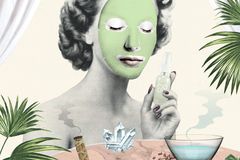 Greg Wells on how ‘microchanges’ can make a major difference
April 3, 2017
Hypnosis: Inside the science that could change your mind
June 11, 2017