I'm in my 50s and work two jobs to make ends meet. I also have some health problems and I've been prescribed several medications. But I sometimes find it hard to pay for my drugs. What am I supposed to do when I can't afford them?

You should start by having a discussion with your doctor.

"The truth is that we don't always know the financial situation of our patients," says Dr. Sharon Domb, division director of family practice at Sunnybrook Health Sciences Centre.

"We are usually aware of the ones who are living in poverty and the ones who have a lot of money. But the ones in the middle – who may be living month to month – we may know less about their circumstances."

Although the provinces have a mix of plans that provide drug coverage to seniors and low-income individuals, many people in the working-age population fall through the cracks.

So, let it be known that you're struggling to pay for medications. Your health-care provider may be able to suggest lower-cost options.

If you're in a short-term financial pinch, the doctor may be able to tide you over with free samples, which are often distributed to physicians' offices by pharmaceutical sales representatives, Domb says.

For your long-term medical needs, the doctor might carry out a review of your existing medications to determine what is absolutely necessary for your continued health.

It is fairly common for people to start taking a drug – such as a sleeping pill or heartburn medication – and the prescription is repeatedly renewed without considering whether it's still needed. It may be determined that you no longer require certain drugs.

For some conditions, the doctor may be able to identify another class of drugs that can do the same job as your current medication, but at a lower price. The alternatives might include generics, which sell for a lot less than brand-name products.

"Older medicines are often as safe and effective as newer drugs, but they are just not promoted by the manufacturers because they make less money on them," says Steve Morgan, a health-policy professor at the University of British Columbia's School of Population and Public Health.

Patients can save some money by having their prescriptions renewed less frequently, Morgan says.

He explains that pharmacies usually charge a dispensing fee every time you buy a prescription medication. In some provinces, pharmacists are permitted to dispense a 90-day supply of a drug at one time. Your doctor could write a prescription for a full three-month supply, rather than a shorter period, for medications you take regularly. That would reduce dispensing fees.

If you shop around, you will also find that some pharmacies have lower fees than others. According to a 2016 survey by researchers at the University of Guelph, fees varied from $3.89 to $12.99 in their local area.

However, there can be disadvantages to these cost-cutting measures. You will have to pay for the drugs up front, and you may not have the spare cash. What's more, it may not be in your best interest to select a pharmacy simply because it has the lowest dispensing fee. After all, you may find a pharmacist who is extremely helpful and provides valuable advice – and yet he or she may not be at the cheapest drug store.

Domb says it's certainly worthwhile to include a pharmacist in your discussions about affordability. As a general rule, pharmacists have more in-depth knowledge of drug prices than physicians. They can be an indispensable resource.

Another thing you need to know is that some provinces have special programs to ease the burden on financially strapped patients. In Ontario, for instance, patients qualify for drug coverage once their medication expenditures exceed 4 per cent of their household's net annual income, explains Kim Truong, a Sunnybrook pharmacist.

Of course, a combination of cost-cutting measures and financial supports goes only so far. A study co-authored by Morgan found that one in eight Canadians between the ages of 55 and 64 will occasionally skip prescription medications because of cost. Foregoing certain drugs, even briefly, could put your health at risk.

What's needed is a national pharmacare program, according to Morgan.

He acknowledges that many politicians are reluctant to support public funding of all prescription drugs. But he thinks a politically viable plan could start with coverage of a limited number of essential medicines for common chronic illnesses, such as heart disease, arthritis and asthma. "Some of these medicines are going to keep people out of hospital and that's going to save the health-care system money."

In addition to telling your doctor that you can't afford your drugs, Morgan says it would be a good idea to let your elected representatives know, too. "This is advocacy at the grassroots level, but I think it's something Canadians need to do."

Paul Taylor is a patient navigation adviser at Sunnybrook Health Sciences Centre. He is a former health editor of The Globe and Mail. You can find him on Twitter @epaultaylor and online at Sunnybrook's Your Health Matters

Should I be concerned about taking opioids after surgery?
March 8, 2017
My medical records are still on paper –– should I be worried?
January 25, 2017 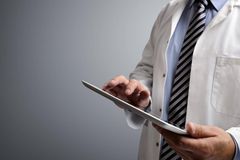