Let me begin by declaring that both my son and I are circumcised, and have been since we were eight days old. Sort of comes with the territory when you are Jewish. On the flip side, I have never performed a circumcision and despite the fact that they are done at the hospital where I work, I have no financial or other vested interest in the procedure. Based on the degree of firmly held beliefs, I suspect that those who are adamantly for or against the procedure for their sons need not read any further; this article is written for those like myself who aren't really sure that we have all the answers on this emotionally charged topic.

What should a new or prospective parent consider when trying to decide whether to have their son circumcised? I don't think there is a single simple answer for all parents (is there ever?). So let's examine the evidence.

First, how often are boys circumcised? According to the World Health Organization, worldwide that would be about 30 per cent or 1 in 3 boys. This number is much higher in North America where about 55 per cent of newborns are currently circumcised at discharge from hospital.

In 2012, the American Academy of Pediatrics published guidelines suggesting that the health benefits justify access to the procedure (i.e. insurance coverage) for families who choose to have it done. This was highly controversial and is not an opinion shared by all in North America, nor in many other parts of the world.

We do know that urinary tract infections (UTIs) are much less common in circumcised boys. But UTIs are not a common problem in boys and you would need to circumcise about 100 little boys to prevent a single UTI. However, in certain settings of underlying kidney problems and recurrent UTIs, the ratio of boys needed to be circumcised to prevent a UTI comes down from 100:1 to about 3:1, and the danger of kidney damage is greater if you have frequent UTIs. In my opinion, therefore, circumcision should not be done routinely to prevent a UTI, but if your son has had a couple, and/or has certain underlying kidney conditions then the potential benefit may make it a good option to consider.

Circumcision appears to have a protective effect against some sexually transmitted diseases, such as HPV, herpes and HIV. I think if my son was born in parts of the world where HIV was very common then I would have him circumcised, but fortunately in Canada this is not the case.

Cancer of the penis is less common in circumcised males; but this is a very rare problem. It may be that with the lower rate of HPV transmission, circumcision may decrease the risk of cervical cancer in female partners. But there is now a vaccine being used in Canada to protect against HPV, so perhaps, again, not a huge factor on its own.

I recently read a paper on the rates of adverse events associated with circumcision in the U.S. between 2001 and 2010. In the past the risk of complications has been reported as anything from 0.0008 per cent (tiny) to 3.6 per cent (not so tiny) in infants and 0.9 to 8.8 per cent (not tiny at all!) in adults.

Comparing over 2.3 million circumcised and uncircumcised newborn boys, the rate of adverse events was 0.3 per cent or 3/1000. This number appears to increase to nine per cent (in one- to nine-year-olds) and 5.3 per cent (in 10- to 18-year-olds). My interpretation of this data is that when circumcision is performed by adequately trained individuals, complications are infrequent and usually fairly minor. Most common would be infection and bleeding which can be treated quite easily. Nevertheless severe complications such as penile injury can occur, albeit very rarely. If one wants one's son circumcised then it appears to be much safer if done in the newborn period.

I understand that there are many vocal groups who feel that circumcision has a negative effect on sexual function and pleasure. I also realize that some feel it is unethical to remove something from an infant's body without a clear medical need and without the infant having some input into the decision.

As a pediatrician, I'm not really professionally qualified to discuss the merits of these viewpoints but I respect the right of those individuals to express them. I am, however, qualified to tell you that babies are capable of experiencing pain and I don't think it is acceptable to perform a circumcision in a newborn without some form of analgesia. There are a number of different options to prevent pain, and this should be discussed with the practitioner chosen to do the procedure, well ahead of the circumcision.

So what is my take-home message? The decision should be left in the hands of the family. Current medical evidence points to some specific advantages to being circumcised, especially in certain higher risk groups. In Canada I'm not convinced that there is sufficient medical evidence to advocate for circumcision in a family that would not choose it for religious/cultural/family reasons. Nevertheless in those who do choose it, I think they should be allowed the right to proceed, but I will put in a plea for encouraging adequate pain relief. Let's face it: None of us would dream of having any procedure on this rather sensitive part of our anatomy without it.

Dr. Jeremy Friedman is the chief of paediatric medicine and associate paediatrician-in-chief at SickKids Hospital in Toronto, and a professor of paediatrics at the University of Toronto. He has written a number of books for parents including bestsellers Canada's Baby Care Book and Canada's Toddler Care Book, and A to Z of Children's Health (Robert Rose publishers, October 2013). Follow him on Twitter @DrJFriedman 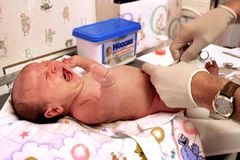 Circumcision: 5 facts and 3 misconceptions to consider before you do it
March 8, 2013 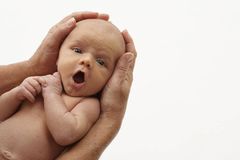 Is circumcision linked to less sexual pleasure in men?
February 15, 2013 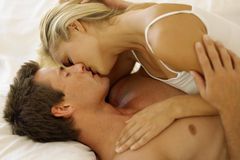