Another major recall of drop-side cribs in Canada and the United States is prompting renewed calls for the products to be banned permanently.

Health Canada announced a recall Thursday of nearly 24,000 drop-side cribs sold in recent years by Delta Enterprises Corp., Dorel Distribution Canada and other manufacturers over concern that they pose a risk of entrapment, strangulation, suffocation or falling.

The recall stems from safety problems occurring in the U.S., which also prompted the U.S. Consumer Product Safety Commission (CPSC) to announce Thursday a recall of more than two million drop-side cribs sold in that country.

Health officials say the cribs pose a risk because the drop side can become detached as a result of hardware damage or breakage or even incorrect use or installation. Drop-side detachment can create a space between the mattress and the side of the crib, posing serious danger to babies.

The new recalls are just the latest in a continuing series of safety issues plaguing drop-side cribs. In past five years, nine million drop-side cribs have been subject to product safety recalls, according to the CPSC, and have been linked to dozens of child deaths and hundreds of injuries.

Consumer safety advocates have been urging a ban on drop-side cribs for years.

"This is just indicative of a problem that we've been seeing for a long time and that is the lack of durability of the hardware that's been used for these drop-side mechanisms," said Don Mays, senior director of product safety for Consumer Reports. "It just doesn't have the quality or the safety that cribs once had in the past."

The industry is in the process of phasing out the manufacture of drop-side cribs because of the continuing safety concerns. Major retailers in Canada, such as Sears and Toys R Us, no longer sell them.

"We took the decision to stop selling them to alleviate any health concerns that our customers may have," said Vincent Power, director of corporate communications for Sears Canada.

In addition, a new voluntary guideline from ASTM International, an organization that develops standards for industry, says cribs should not have movable sides.

While the standard is voluntary, many advocates say it will help remove drop-side cribs from retail stores.

But Mr. Mays said he's still worried about the countless drop-side cribs that are already in peoples' homes. Many of the products may have serious hardware problems that won't become apparent until the cribs have been in use for a lengthy period. In addition, many well-meaning parents may have unknowingly installed the drop-side incorrectly due to vague or difficult to understand instructions.

One of the reasons consumer experts like Mr. Mays are urging governments to ban the products outright is to ensure consumers with the products at home no longer use them.

Health Canada has indicated it plans to launch a public consultation this fall on a prohibition of drop-side cribs. U.S. officials have indicated similar action may be taken there.

"Health Canada is very concerned by the number of drop-side crib recalls," Health Canada spokeswoman Christelle Legault said in an e-mail, adding that parents should find a safe alternative sleep arrangement if a crib appears damaged in any way.

Michael Dwyer, executive director of the Juvenile Products Manufacturers Association said his organization believes drop-side cribs are safe when they are used correctly. He also said he's worried parents who are concerned over the safety of their crib may put their baby in a dangerous sleeping arrangement, such as on the floor surrounded by pillows or in a bed, which could lead to injury or suffocation.

Mr. Dwyer added that the industry is involved in discussions to phase out the use of drop-side cribs or ban them altogether.

Health Canada said it hasn't received any reports of injuries associated with the newly recalled cribs. But it did receive two reports of quality concerns over the drop-side hardware on the recalled Delta cribs, and one report of a Dorel drop side detaching from the crib after being incorrectly installed. U.S. officials reported several injuries, including a broken collarbone and an unconscious child who had become trapped in the side of the crib, that were linked to the recalled products.

From January, 2000, to May, 2010, Health Canada received 90 complaints involving drop-side cribs, which included seven reports of bumps and bruises, one concussion and one death. Health Canada said the death involved a crib that was in disrepair and that some of its hardware had been replaced with parts not supplied by the manufacturer.

During the same time period, U.S. health authorities received 32 reports of suffocation and strangulation deaths associated with drop-side cribs, as well as hundreds of reports of problems with the cribs.

For more information on the specific cribs involved in the recall, please visit Health Canada . 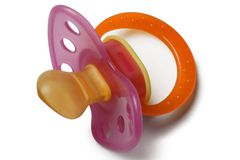