Almost three in every five health-care workers are suffering from "role overload," a situation that is damaging their physical and mental health and putting many on the fast track to burnout, a new study suggests.

Excessive demands placed on health-care workers - including physicians, nurses, support workers and especially their managers - are also having an impact on the hospitals that employ them because of increased absenteeism, lower productivity and greater staff turnover, researchers found.

The direct impact on patients is a little less clear, but nonetheless worrisome.

"People who work in health care are so dedicated that they protect the patient at all costs," said Linda Duxbury, a professor at the Sprott School of Business of Carleton University and co-author of the research, which was funded by the Workplace Safety and Insurance Board. "But given the pressures, I'm not sure how long they can hold up."

Prof. Duxbury stressed that overload is not caused by the number of hours worked, but by the culture of health care, in which every task is urgent and it is unacceptable to say "No."

Health-care workers are also stressed and overloaded by the increasing complexity of their work, their interdependence, and constant competing priorities, she said. "There just isn't any more slack in the system and it's taking a toll."

The study was conducted at four Ottawa-area hospitals. The research consisted of a survey of 1,396 employees, along with in-depth interviews with 150 health-care workers and seven focus groups of specific types of employees.

A large majority of employees in the health-care field are women, and that is reflected in the demographics of respondents: 84 per cent of them were women and 74 per cent were parents.

Still, the number who felt overloaded at work (57 per cent) was significantly higher than those who experienced overload at home (24 per cent).

In an effort to cope with the demands, 51 per cent of the respondents reported sleeping less, and 18 per cent said they used alcohol or prescription drugs as stress relievers.

The researchers found high rates of absenteeism among health-care workers, including one in three workers saying they call in sick due to emotional and physical fatigue. At the same time, however, three-quarters of workers said they come to work when they are sick because of a feeling they cannot be replaced.

"The data suggest that one in three hospital employees are at risk of burnout," Prof. Duxbury said. They also show that one in four plan to leave their jobs; turnover and early retirement are among the key reasons there are shortages in professions such as nursing.

The research team included Christopher Higgins of the Richard Ivey School of Business at the University of Western Ontario and Sean Lyons, a business professor at the University of Guelph. The findings were presented yesterday to senior managers at the Ottawa hospitals.

Nicolas Ruszkowski, vice-president of communications and outreach at The Ottawa Hospital, said the report was well received. Hospitals are well aware of the problem of role overload and are trying to address it, he said, but the report articulated the issues well and offered some welcome recommendations.

The recommendations include reducing workloads on staff and giving them opportunities to socialize and communicate with colleagues.

The researchers also said it's essential to address the underlying health-care culture.

He said The Ottawa Hospital has been on the forefront of tackling role overload, but recognizes the task will be long and arduous. "Cultural change is the hardest to effect," Mr. Ruszkowski said. "Nobody is under the illusion that this will be easy."

Why the long hours could be shortening your life
May 11, 2010 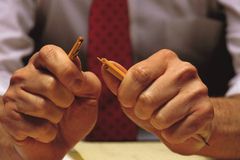