One of the fundamental structural problems in Canada's health system is the lack of a clearly identified front door.

Put another way, there is no place where patients can routinely go to access the care they need promptly and efficiently and that tracks them throughout the health-care "journey."

No place they can call their medical home.

Traditionally, we have depended on family physicians to serve as that home base. Almost 30 million Canadians have a family doctor, but roughly four million others have none. Still, even for those with a regular caregiver, prompt appointments are hard to come by and same-day access – the gold standard – is a rarity.

So the de facto entry point into the system all too often becomes the emergency room (where patching and dispatching, and long waits, are the norm) or walk-in clinics (tremendous money-wasters that specialize in passing the buck back to ERs or family doctors).

Using these inappropriate points of access is the equivalent of entering your home by clambering up the fire escape or crawling in through a basement window, only to find that the door into the main floor is locked and you have to start over again.

It's a terribly inefficient and expensive way to deliver health care. Among other things, when there is no front door, there is no real gatekeeper and, with the proliferation of ever-more-expensive drugs and technologies, the gatekeeper function has become more essential than ever.

Worse yet, regardless of what door patients use to enter the health system, there is little continuity in their care.

One of the principal reasons for this disjointedness is the lack of electronic health records. If someone has a heart attack and ends up in the ER, or is prescribed antibiotics at a walk-in clinic, or gets to see a specialist, his or her family doctor is unlikely to know.

This situation is not new.

Primary health reform has been talked about for decades. In fact, with the publication of the Lalonde report, a groundbreaking document prepared by health minister Marc Lalonde in 1974, Canada became a world leader in the concept of primary care (but sadly not in the practice.) Every one of the dozens of health commissions since has dedicated a good chunk of its recommendations to the need for primary-care reform.

In the 2004 Health Accord, the provinces received $800-million to bolster primary care, but it was overshadowed by the politically motivated focus on reducing surgical wait times, where billions were invested to produce modest results.

The good news is that there has been a lot of progress of late on the notion that every Canadian should have a clearly identifiable primary-care provider for preventive care, sickness care, and some quarterbacking and followup when a patient needs acute care.

In the 21st century, this kind of care can't be provided by a single physician à la Marcus Welby.

Today's patients require episodic care occasionally, but mostly they need chronic care. Consider that 81 per cent of people over the age of 65 have at least one chronic health condition such as heart disease, diabetes, chronic obstructive pulmonary disease, etc. For the most part, they need a team to provide health care, not a single physician.

Thankfully, in recent years, there has been a significant shift to providing primary care using interdisciplinary teams. Alberta has Primary Care Networks; Ontario has Family Health Teams; Quebec has Family Medicine Groups and; most other provinces have variations on these names with similar philosophies.

We shouldn't forget either that excellent primary care has been offered for decades by CLSCs (community health clinics) in Quebec and Community Health Centres in Ontario, but these pioneering initiatives have always been chronically underfunded.

But the process needs to be accelerated and valued. And, practically, that means shifting resources from acute-care hospitals to community-based primary-care practice.

The notion of creating a clear front door into the health system got a significant boost recently in a report from the College of Family Physicians of Canada, which represents the country's 35,000 family doctors. (Canada has another 34,000 physicians in specialties other than family medicine.)

The CFPC calls for a model that has as its foundation a concept called the "Patient's Medical Home." The PMH is described as a family practice that serves as the "central hub for timely provision and co-ordination of a comprehensive menu of health and medical services patients need."

The PMH is, naturally enough, centered around the family doctor (after all that's who the CFPC represents), but, to its credit, the group fully embraces the need for interdisciplinary care, the belief that a patient requires a team or network of caregivers, including nurses, pharmacists, physician assistants, and other health professionals, located in the same physical site or linked virtually from different practice sites throughout the community.

The report also makes some key points that are not emphasized nearly enough in our continuing discussions about health-care reform. To wit:

The foundation of good healthcare is good relationships between providers and patients, and among providers;

Timely access to both prevention and treatment is an essential component of good health care, and Canada's waits are among the worst in the world;

Patients themselves need to be active participants in their care. They need to take responsibility, not just be passive recipients of care;

Continuity of care has to be a priority because it is in the transitions – from the family doctor to the specialist, from the ER to the ward, from hospital to home, etc. – where all the bad things happen.

In Canada, we have a terribly knee-jerk reflex when responding to problems: We throw more money and bodies into doing more of the same, no matter how inefficient.

With primary care, the opportunity for reform lies in actually doing things differently and ensuring that patients have access to the right care, at the right time, from the right professional.

That can't even begin to happen if there is no front door, no medical home for them to call their own. 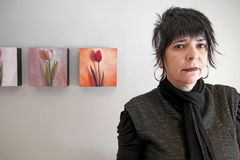 Take the healthcare quiz
November 5, 2010
Follow André Picard on Twitter @picardonhealth
Report an error Editorial code of conduct
Due to technical reasons, we have temporarily removed commenting from our articles. We hope to have this fixed soon. Thank you for your patience. If you are looking to give feedback on our new site, please send it along to feedback@globeandmail.com. If you want to write a letter to the editor, please forward to letters@globeandmail.com.
Comments