Dr. Michael Gardam was on the verge of quitting numerous times when he first started his job as director of infection prevention and control at the University Health Network, a collection of hospitals in Toronto's downtown core.

He couldn't find a way to persuade his fellow health-care workers to wash their hands before touching patients.

It seems like a no-brainer. After all, patients with weakened immune systems can become extremely sick – even die – if they pick up a hospital bug, especially one that is resistant to antibiotic treatment. And the easiest way for infections to spread is for staff employees to go from patient to patient without proper handwashing.

"I know it sounds crazy, but large components of our health-care system don't care about this stuff," Gardam said. "I used to joke that the field of infection control had about the same status in the hospital as a small bush on the front lawn."

That neglect has compromised patient safety. Hospital-acquired infections are estimated to cause 8,000 to 12,000 deaths a year in Canada, according to a 2003 study published in American Journal of Infection Control.

Feeling frustrated by his inability to cut infection rates, Gardam left the UHN in 2007 for a brief secondment to Public Health Ontario. "I just couldn't take it any more. I had to try something different," he said.

It was during this period of reflection and study that he came across innovative ways to bring about big changes by empowering people on the front lines. He returned to the UHN in 2009, eager to put the new ideas into practice. Rather than using the traditional approach of educating people about the need to wash their hands, he engaged his co-workers with talk of "positive deviance" and urged them to come up with their own solutions for infection control.

Handwashing rates climbed to 87 per cent from a low of 30 per cent. Gardam's team then used the same method to tackle other chronic problems that compromised patient safety, such as in-hospital falls and bedsores. Now, other hospitals – including some in the United States – are turning to Gardam for advice.

"We have developed a whole program that we call front-line ownership, which is about engaging teams and helping them fix their problems," he said.

So what is positive deviance and how could it be the saviour of health care? The concept was originally developed by an American husband and wife team – Jerry and Monique Sternin – who were given the task of reversing childhood malnutrition in Vietnam in the 1990s.

They discovered that some parents had already figured out ways to keep their children relatively well nourished. For instance, some families supplemented their kids' diet with shrimp and crabs found among the rice paddies. It was essentially a deviation from the normal practice and it was good thing, hence the term "positive deviance."

The Sternins concluded that some people, when left to their own wits, can find answers to seemingly intractable problems.

However, letting people invent their own solutions is an alien concept in the hierarchical world of medicine. "We've always had one program for the entire organization and we told people what to do," Gardam noted.

Yet he was able to persuade hospital management to try a radically different approach. In fact, the UHN board of directors was also worried about hospital-acquired infections and had ordered that it be made a top priority. And the network's chief executive officer, Bob Bell, was open to the idea of bringing about change "from the ground up."

Moving in the new direction meant acknowledging that traditional educational campaigns do not work. "Our whole medical model is based on the assumption that knowledge changes behaviour. … If that was true, 16-year-old girls wouldn't take up smoking. They know it's not good for them. There are other reasons why they do it," Gardam said.

To get the ball rolling, he held a series of meetings in the various departments of UHN hospitals: Toronto General, Toronto Western, Princess Margaret and the Toronto Rehabilitation Institute.

"I would go in and say: 'Tell me how you would spread C. difficile [a bacterial infection] to every patient on this ward and kill them.' People would call out ideas, such as don't wash your hands; don't clean the rooms; make sure the alcohol dispensers are always empty and give people too many antibiotics," he said.

"The next step is to ask what things on that list are we currently doing to some degree. And usually the answer is 80 to 90 per cent of them. Then people realize, 'Oh my God, we are working in a very adverse system which is actually causing harm.'"

Such a meeting can usually win over a handful of converts who are willing to start chipping away at the problem in ways that make sense to them. They change their behaviour and then it spreads virally.

Brenda Perkins Meingast, a nurse manager looking after post-surgery patients at Toronto General, was one of the early adopters of the new approach.

She investigated why people weren't doing what they were supposed to do, and found that it was often little things that became a barrier to proper infection control. For instance, there was no place for doctors to hang their lab coats before they donned special outer garments for visiting germ-infected patients in isolation rooms. All it took was a simple coat hook in the hallway to boost compliance for wearing the proper gear.

And rather than concentrating solely on her peers, she also put together focus groups made up of patients and their families.

"One patient said, 'I often wonder about the curtains between the beds,'" Perkins Meingast recalled. The patient had raised a valuable point because the curtains are not frequently cleaned, she added. That bit of insight led the hospital to purchase curtains that contain an antibacterial product and to change them more frequently.

Perkins Meingast said that blaming people will not change their behaviour. "People don't intentionally want to cause harm. They forget. So it is all about helping make proper procedures become part of their daily practice."

Dr. Bryce Taylor, surgeon-in-chief at UHN from 1999 to 2010, found his own way of guaranteeing that he washed his hands before examining patients at the bedside. "When I said hello to the patient, I was always washing my hands. So I got into the routine that helped me make sure I didn't forget. Whereas, 10 years ago, we didn't even think about it. We'd just go from room to room, which may scare you, but it's true."

Gardam has developed a group within the UHN, called IGNITE Consulting, to help other hospitals bring about change from the bottom up. "Our main approach has been building resilience in a team so that whenever a new challenge shows up, you have people who will figure out what to do rather that waiting for someone to tell them what to do."

So now IGNITE Consulting is working with 14 New York state hospitals that receive funding from Excellus. It's certainly in the financial interests of the insurance firm to improve patient safety. Treating hospital-acquired infections alone adds $337-million to $635-million a year to hospital costs in upstate New York.

The U.S. company has no hesitation about turning to Canadians for help. "Why not partner across the border?" said Carrie Whitcher, director of provider performance at Excellus. "This is the one program that we thought really started to get at the root cause … of the challenges we face."

Still, change doesn't happen overnight, Gardam acknowledged. "It took us four years to get our hand hygiene where it is today. I now see people washing their hands everywhere. And I can tell you, five years ago, it would have been so depressing. You would hardly see anyone washing hands." 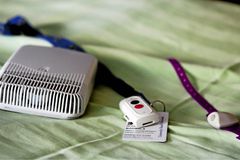 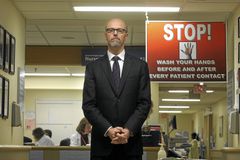 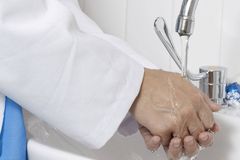 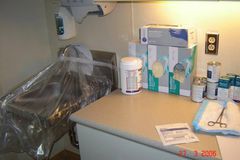