Playing a video game could turn out to be a highly effective treatment for adults who suffer from amblyopia, a vision impairment commonly known as lazy eye.

The condition, which affects about 3 per cent of the population, starts in infancy: One eye does not move in the correct direction, or has trouble focusing, or both. Over time, the dominant eye takes over and the brain stops registering signals from the weaker eye.

The standard treatment has been to use a patch over the child's good eye, forcing the "lazy" one to work harder.

"But patching has never been very successful," noted Dr. Robert Hess, director of research in the department of ophthalmology at McGill University in Montreal. "It is very unpopular with kids who get teased for wearing a patch and it doesn't work at all in adults."

Hess believes that the lack of success with patching stems from fact that it does not deal with the underlying problem. The eye is not actually lazy; its signals to the brain are being suppressed. So Hess and his research colleagues set out to develop a new approach.

"We have started to think about the condition in a completely different way," he explained. "The reason why the eye isn't working is not because it is lazy, it is because it is actively stopped from working by the signals from the sighted eye in the brain."

In a study published on Monday in journal Current Biology, the researchers show that vision can be improved by training both eyes to work together.

In a series of experiments, 18 adult volunteers with amblyopia were asked to play Tetris, a video game that involves connecting differently shaped blocks as they fall to the ground.

Half of the participants played the game while wearing a patch over their dominant eye – the standard therapy for lazy eye. The others where equipped with special goggles that modified their vision so that each eye saw a different part of the game.

After several weeks of playing Tetris while wearing the goggles, "the two eyes get used to working together … and the vision in the amblyopia eye becomes much better," Hess said.

By contrast, there was little change in the volunteers who were initially assigned to the eye patch. When they were switch to the goggles, their vision improved too.

"This treatment is much better than patching – it is much more enjoyable, it is faster and it seems to work better," Hess said.

The treatment period is shorter. Adults show a noticeable change in their vision after undergoing an hour of therapy a day for four to six weeks.

Children who are treated with an eye patch are usually told to wear it for six or more hours a day for six months. "And it is usually hard for the parents to get the child to keep wearing the patch when they are not around," Hess said. Even when the child wears the patch, the results are far from perfect.

But why do adults show no improvement with the patch? It is possible that the suppression of the weaker eye has been going on for so long that a very different type of therapy is needed to break the habit, Hess speculated.

And, according to Hess, the new study provides evidence that his approach works. "This study shows very clear proof of principle in adults. And, in adults, there presently is no treatment. So it is a no-brainer that this is definitely the way to go."

He acknowledged that more proof will be needed before doctors apply this therapy to children. He said a major trial will be needed to compare the new treatment to the standard therapy of the eye patch. One medical organization, the Pediatric Eye Disease Investigator Group, is already considering such a trial. It could get under way later this year and involved medical centres across Canada and the United States, said Hess, who is acting as an adviser to the group. The final decision regarding the trial will made in several months. 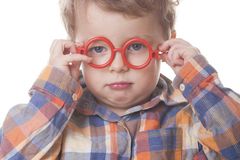 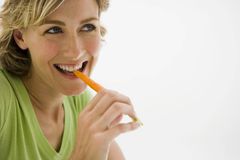 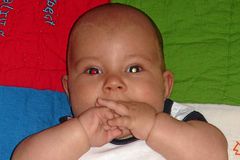 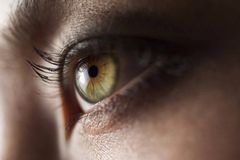