A few months ago, a study seemed to dispel earlier fears that taking these popular pills could boost your risk of developing heart disease. The widely reported research, published in the American Journal of Clinical Nutrition, found no link between calcium intake and the buildup of calcium in the arteries of the heart, known as coronary artery calcification. Some experts had speculated that excess calcium from supplements contribute to plaque deposits that can form clots in the blood vessels, triggering a heart attack.

But in the past two weeks, two new research papers have once again raised the spectre of heart troubles in those who take supplements.

One of the studies, published last week in the journal JAMA Internal Medicine, found a high intake of calcium from supplements was associated with an increased risk of death from cardiovascular disease in men, though not in women.

The study, led by Qian Xiao of the U.S. National Cancer Institute in Bethesda, Md., is based on a review of data from more than 388,000 men and women, aged 50 to 71, who were followed for an average of 12 years. When the participants were recruited for the study, they filled out detailed surveys, which included questions about supplements.

Men who were taking 1,000 milligrams supplement had an increased risk of death by the end of the study compared with men who weren't using the pills.

The other study, which was released this week, found that a high intake of calcium (from diet and supplements) is associated with a higher risk of death from all causes in women, but cardiovascular disease in particular, compared with females with lower calcium intakes.

Researchers from Uppsala University in Sweden studied more than 61,000 women – born between 1914 and 1948 – for an average of 19 years in order to come to their conclusions which were published at bmj.com, the online version of what was formally known as the British Medical Journal.

So it doesn't look good for people who pop calcium supplements on a regular basis.

But keep in mind that neither one of these latest studies actually proves taking supplements can cause heart disease.

"Our study is based on observation – it is not designed to determine cause and effect," Xiao said in an interview with USA Today. "Although we observed an increase risk of death from heart disease in men, we cannot say for sure it was a result of using supplements containing calcium."

Furthermore, the researchers can't yet explain why supplements may elevate the odds of developing cardiovascular diseases. "We speculate, with support from experimental evidence, that the mechanism might be mediated by suppression of the endogenous production of active vitamin D metabolites and influences on other calcium regulating hormones," Karl Michaelsson , the lead researcher of the Swedish study, said in an e-mail. That, of course, still needs to be proven.

What are people supposed to do while scientists attempt to come up with definitive answers? After all, calcium plays a key role in bone health and is involved in a variety of biological functions.

"Calcium is needed to grow strong bones, but the question is where we have a threshold of sufficient intake and at what intake levels we might reach deleterious effects. In general, I see no need to have an intake higher than 1,000 milligram a day, and a calcium intake of 600 to 700 mg per day seems to be sufficient to meet the needs of the skeleton," Michaelsson said.

"If you eat a normal well-balanced diet, there is no need for extra calcium by supplements," he added.

That point of view was echoed in a commentary published in JAMA Internal Medicine, which reassuringly states: "A safe alternative to calcium supplements is to consume calcium-rich foods."

Still, for some people that may be easier said than done. Better to consult with your doctor or a dietitian. 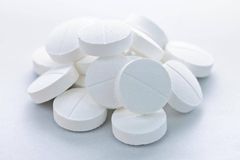 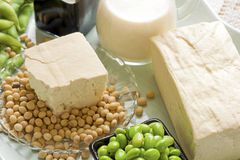