My home computer printer uses tiny jets attached to ink reservoirs to spray information onto a sheet of paper. In a basement laboratory at the University of Toronto, a team led by PhD engineering student Lian Leng is developing a similar device to create viable human skin.

My printer can only handle a pre-existing surface, but Leng's actually forms its sheet of soft tissue as it works. It can also build up the material – made mostly from living cells – to varying thicknesses, textures and densities. It's a 3-D tissue printer that could save lives and revolutionize burn care around the world.

The device is still at a prototype stage, with live-animal testing of its output to begin later this year. If successful, Leng's tissue printer could mark a huge advance in quality of life and survivability for severely burned patients, and dramatically reduce treatment costs. Eventually it could morph into a machine for fabricating internal organs.

Tissue engineering has produced various techniques for building up fabricated skin, usually layer by layer. But that's a time-consuming process that doesn't offer much help for people with extensive, life-threatening burns.

"We were interested in easing this process of creating organ-scale tissues," says Leng, referring to the large patches of skin that could be needed to treat extensive burns. She advanced the idea of the device in her master's thesis in 2010, and began working on the prototype a year later, with a team that includes her PhD supervisor Axel Guenther, a professor in U of T's Department of Mechanical and Industrial Engineering.

Marc Jeschke, another key collaborator, is a burn surgeon and senior scientist at Sunnybrook Health Sciences Centre and Research Institute in Toronto. He says he sees about 300 patients a year who urgently need large amounts of replacement tissue. Grafting actually increases the area of the patient's wounds, he says, because the graft is taken from undamaged skin.

"We've been practising the same kind of burn care for decades, and frankly it's barbaric," he says. "There's tremendous, tremendous potential for this technology."

Leng's modest prototype looks like a small open box of clear hard rubber, the layered floor of which contains a delta of microfabricated pathways. These lead from seven reservoir stations to a single output stream. Just like the colour cartridges in my printer, Leng's reservoirs of live cells are computer controlled to dispense precise amounts exactly where needed.

She switches on a variable pressure device that drives the material into a base stream of alginate – a medically approved derivative of algae. The cells that would be placed in the reservoirs to fabricate human tissue would ideally be drawn from the patient, but could also be compatible donor or stem cells.

"The stream flows into a liquid-filled reservoir that contains calcium chloride," Leng says, as a milky-white ribbon appears in a tank at the output end. "The calcium ions bind to the alginate chain and cause it to become a gel."

The ribbon of skin-like tissue winds around a small turning spindle or drum, the speed of which can determine the tissue's thickness and even its texture. More pull from the drum makes the material tougher, like muscle tissue.

The drum could also be used to make a tissue cylinder – a vein. "Think of something like duct tape," says Guenther, who also directs the underground lab that bears his name. "You make the tissue adhesive on one side, it sticks to itself, and you create a physical tube."

The alginate, which degrades over time, provides only a temporary matrix for the cells, Guenther says. The cells attach to each other, and replace the disintegrating matrix with their own.

He and Leng – and her fellow engineering students Arianna McAllister and Boyang Zhang – were the "gadget makers" on the project, Guenther says. The chemistry know-how came from Milica Radisic, an expert in tissue engineering for heart muscles who teaches at the Department of Chemical Engineering and Applied Chemistry. The umbrella organization for the project, and owner of the lab, is the Institute of Biomaterials and Biomedical Engineering.

It took some doing to bridge the cultural gap between the gadget people and the daily realities of the Ross Tilley Burn Centre at Sunnybrook, where Jeschke sees his patients. During one early meeting with Guenther, Jeschke took him into a sterile room to see a patient who had suffered burns to 40 per cent of his body, and who had already endured multiple surgeries.

"I had to show him why I'm so insanely passionate about what I'm doing," Jeschke said, who speaks about advancing burn care with evangelical zeal. "He didn't faint, so that was very good.

"If we are successful, we could significantly decrease length of [hospital] stay," Jeschke says, "and length of stay is associated with the risk of infections, sepsis, organ failure and so forth. There would be a profound decrease in costs as well. There are also a lot of patients that need help in Third World countries, that don't have money for the care we have now." The fabricated skin will look much better than a graft, he says, increasing its value to patient quality of life.

Guenther says the prototype printer cost a few hundred dollars to make. Apart from the micro-fabricated elements in the base, the whole thing looks like it could be assembled in a handyman's basement. One early version of the receiving chamber was a fish tank purchased in Chinatown. Guenther tells me, with amused pride, that it cost $20 – then shows me a pouch as big as his hand that contains a $4,000 sheet of dermal regeneration template – the stuff used in more laborious forms of tissue engineering.

The living cells in the tissue printer were taken from neonatal rats. The first clinical trials will be undertaken with mice, then pigs. Another hurdle to be cleared is the matter of cell supply. Ideally, says Guenther, cells for a human recipient should be made from the patient's own tissue. How that or donated material could be harvested quickly enough to feed a high-capacity tissue printer still has to be worked out.

Jeschke says he hopes that a trial with five to 10 human patients could be possible within two to three years. The first small step to commercialization was taken when the design (which recently received a Connaught Innovation grant from U of T) was patented through the university's Innovations and Partnerships Office and MaRS Innovations.

If all goes well, Jeschke could be looking at some empty beds in his burn unit, and clinics in developing countries could have a cheap and effective way to save lives. The prospect of running off a new kidney is still far in the future, but it makes me look at my home printer in a whole new way. 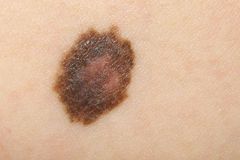 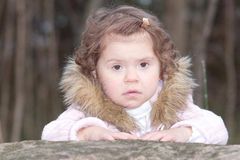