Ashtyn Lively misses out on a lot of things her peers take for granted. The 16-year-old from Nanaimo, B.C., can't participate in extracurricular activities, such as basketball or school plays. She can't go on sleepovers. She avoids hanging out at the mall. And, while others lunch on sandwiches or pizza, Lively often resigns herself to a Boost nutritional drink.

Diagnosed with Crohn's disease at the age of 7, Lively frequently experiences sharp pains in her abdomen, which she likens to digesting "a whole bunch of needles." The chronic disease causes inflammation in her small bowel, making it excruciating to eat during her recurrent flareups. Some days, she says, even getting out of bed and "just being a normal kid, it's really, really hard to do."

But this year, Lively is joining 34 children and teens from across Canada who also have Crohn's disease and ulcerative colitis in that quintessential childhood summer activity: overnight camp.

Now in its second year, Camp Got2Go, run by the charity Crohn's and Colitis Canada, is hosting a week-long camp at Aylesford, N.S., and at a new location, Bragg Creek, Alta. Participants can do typical camp activities, such as archery, swimming and kayaking, among peers who share and understand their medical condition.

"These diseases cause a lot of mental anguish for these kids," says Mina Mawani, president and chief executive of Crohn's and Colitis Canada. "And so, I think this one week allows these kids to get out of that – you know, get out of that shell."

An estimated one in 150 Canadians have Crohn's or ulcerative colitis, both diseases that inflame the lining of the digestive tract and can cause pain, fever, fatigue, internal bleeding and frequent diarrhea. According to the charity, Canada has among the highest rates of Crohn's and colitis in the world. Inexplicably, the incidence is on the rise: The number of children 10 and younger who have the diseases has doubled since 1995, Mawani says.

To identify the possible causes, her organization is behind a major international research study, called the GEM (Genetics, Environmental, Microbial) Project. Researchers involved in the project are currently aiming to recruit 5,000 siblings or other direct relatives of individuals with Crohn's to get a better understanding how and why it develops.

Lead researcher Ken Croitoru of the University of Toronto and Mount Sinai Hospital explains that Crohn's disease is believed to be the result of an abnormal immune response to microbes that, in healthy individuals, live harmoniously in the human gut.

"For some reason, in someone who has Crohn's, that is upset – that normal balance is upset," he says, adding that either the immune response begins to react to normal gut bacteria or changes occur in the community of gut bacteria, triggering inflammation.

He and his team are examining whether people's genes can influence the makeup of bacteria in their gut, and whether genes that are linked to a higher risk of Crohn's are associated with any changes in those bacterial communities.

While there is no cure, medication and nutrition therapies can help, and surgery to remove parts of the digestive tract is sometimes necessary.

For Lively, the early signs of Crohn's emerged before she entered the third grade, with high fevers, canker sores and weight loss.

"She's had a really rough ride, being diagnosed so young," her mother Cheryl says, noting that despite having understanding friends, "it's kind of hard for a teenager because she doesn't look sick on the outside. It's what's going on on the inside."

As she prepared to set off for the camp, Lively admitted that she was a little nervous about the possibility of having a flare-up while away at Bragg Creek this week (the Aylesford camp runs from Aug. 9 to 14). But the idea of having nurses on-site and a physician on call gave her reassurance. Mostly, though, she wanted to "just forget about my disease for a week and just have fun."

Kids with chronic illnesses get a break at Brigadoon Village
July 4, 2014 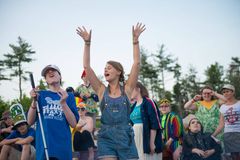 Probiotic yogurts: Are they really good for you?
May 7, 2010 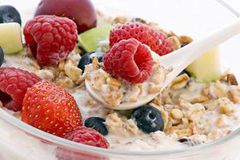 Tired? Headaches? Iron deficiency could be to blame
March 12, 2015 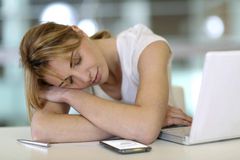