Can AIDS be cured?

The answer to that question, which until recently many scientists dared not ask out loud, is creeping slowly toward the affirmative, but with some important provisos.

"Cure is an emotional word," said Sharon Lewin, head of the Centre for Biomedical Research at the Burnet Institute in Melbourne, Australia. "Everybody wants to find a cure. It's an aspirational goal."

But it's also an elusive one.

In the three decades since the AIDS-causing virus HIV was discovered, scientists have learned how to keep it from replicating – with cocktails of antiretroviral drugs – and, as a result, the death rate among people living with HIV-AIDS has dropped precipitously.

But researchers haven't yet figured out how to eradicate the virus from the body completely, which means life-long treatment is required, and that can result in serious side effects, like heart disease, and be costly.

HIV, unlike any other pathogen, seems to have the ability to lie dormant and undetectable in reservoirs.

Given the ability of the virus to hide, that is unlikely, she said.

But what is possible, and being seen with increasing frequency, is long-term remission, essentially keeping the virus at undetectable levels in the body so it cannot ravage the immune system. But stopping treatment remains risky.

That became clear in the case of the Mississippi baby. The baby, born HIV-positive, began treatment 31 hours after being born and continued for 18 months. Treatment was discontinued and the virus was undetectable, suggesting she was cured. But after 27 months living seemingly HIV-free, signs of the virus returned, and treatment had to be resumed.

Another intriguing example is the VISCONTI cohort, a group of 14 French patients who were infected between 1996 and 2002, all of whom began treatment within 10 weeks of infection, but subsequently stopped treatment. The virus remained undetectable in their bodies for at least four years, and some are still virus-free after more than a decade.

That's long-term remission, but is it a cure?

Then there are the "Canadian babies," five children who began treatment with antiretroviral drugs shortly after birth. After the case of the Mississippi baby made headlines, researchers looked back and found four of them showed no signs of HIV, between two and eight years later, though they are continuing treatment; the fifth baby stopped treatment and the virus re-appeared.

To date, only one patient out of the 78 million who have been infected HIV is believed to have been cured in the true sense of the word – permanently.

Timothy Ray Brown, better known as the Berlin patient, was diagnosed with HIV in 1995 and then with leukemia in 2006. He was treated with a bone marrow transplant from a person with something called a CCR5 receptor mutation, a rare genetic anomaly that makes people naturally resistant to HIV. Mr. Brown essentially got a new, supercharged immune system, stopped treatment for HIV and has been HIV-free for the eight years since. (He did, however, suffer a second bout of leukemia and needed another transplant.)

What is not often discussed is that the treatment that cured Mr. Brown almost killed him and left him disabled, and at least two other patients who underwent the same treatment died.

Still, the notion of rebuilding the immune system is intriguing, if not practical on a large scale. At least four other patients, two in Boston and two in Sydney, all of whom had leukemia, have been "cured" this way.

In the Boston patients, however, HIV returned to detectable levels three and seven months after the transplant. The virus remains undetectable in the Sydney cases, but they have not stopped antiretroviral treatment.

To know whether a patient has been cured, treatment has to be discontinued, which can put their life at risk; the best candidates for research are therefore healthy, and not the most in need; and the cost of finding a cure is enormous, which may divert funds from other prevention and treatment efforts.

Still, scientists have learned a couple of important lessons from these unusual cases: Treating people as soon as possible after infection is important, and they need better tools to find the virus because "undetectable" does not mean it is gone.

What researchers are trying now is a "kick and kill approach." They are trying to kick the virus out of its hiding place and then kill it.

One of the most discussed papers at last month's 20th International AIDS Conference in Melbourne was by a group of Danish researchers who used a cancer drug, romidepsin, to lure HIV out of reservoirs before blasting it with high doses of drugs. Unfortunately, there was still virus left behind, meaning a cure remains elusive.

"Many very smart people don't think a cure is possible or will ever be possible," said Steven Deeks, a researcher with the Positive Health Program (AIDS Program) at San Francisco General Hospital.

"My personal opinion is that if it is possible, and we can do it, it's going to take many, many years."

And then, Dr. Deeks said, will come an even larger dilemma: Will the cure be affordable and accessible to all? 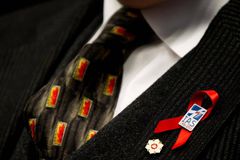 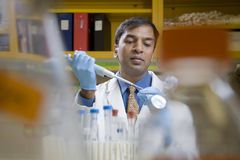 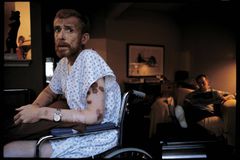 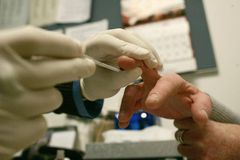 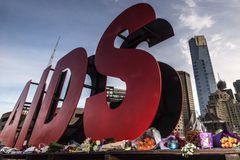 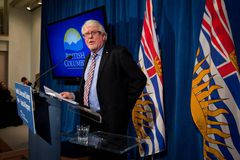