After the controversial closing of its world-famous gender identity clinic, and the dismissal of Dr. Ken Zucker, its internationally renowned director, the Centre for Addiction and Mental Health has acknowledged to The Globe and Mail that a damaging account of an alleged exchange between a patient and Dr. Zucker was false.

An external review that reported the details of the incident and led to the clinic's closing has been pulled from the centre's website.

In an update added Friday evening to the site, CAMH now says, "We have been advised that [the review] includes an erroneous statement. CAMH was recently made aware that an individual who participated in the review process had mistakenly attributed comments to Dr. Ken Zucker which were not made by him."

The new paragraph concludes, "We regret that this statement was included in the report and apologize for the error."

Earlier this week, an online story published by New York Magazine reported that a patient who provided a written submission to the two-member review panel had misidentified Dr. Zucker, the prominent, long-time head of the clinic. In the review, the patient, now a transgendered adult, was quoted anonymously suggesting that "Dr. Zucker had asked him to remove his shirt in front of other clinicians present, laughed when he complied, and then referred to him as a 'hairy little vermin.' "

This was arguably the most professionally damaging portion of the 29-page review, which was commissioned by CAMH after concerns were raised about how the clinic was treating children and teenagers with gender identity issues. The review, now replaced with an "executive summary" on the website, suggested that the clinic's approach was "out of step with current clinical and operational practices," and was "overly conservative" in referring patients to medical interviews. It suggested certain updates were necessary, but did not explicitly call for the clinic to close.

However, CAMH told The Globe on Friday night that the "review did not happen in isolation and was not the only factor" in closing the clinic.

Dr. Zucker has published prolifically on gender identity, based on decades of research at CAMH. But he has become a polarizing figure in the field, as the treatment and cultural attitudes toward transgendered youth and adults has changed. Dr. Zucker, for instance, is on record in academic journals and interviews, suggesting that therapy should move slowly, exploring whether young children can be comfortable in their birth gender, particularly if it means avoiding surgery and lifelong hormone therapy. A growing number of clinicians, seeking in part to reduce the high rates of anxiety and depression in transgendered youth, support early social transition, which includes accepting and enabling children's desire to change their name and dress as they wish.

Dr. Zucker was dismissed, along with other staff at the clinic, in December, a month after the review was completed, and on the same day it was released to the public. His departure immediately precipitated a petition signed by hundreds of scientists and clinicians calling his dismissal unjust and defending his long-standing scientific work. Dr. Zucker has declined to comment to the media, directing questions to his lawyer.

In a revised executive summary now posted on its website, CAMH reiterates that based on the overall results of the review, the centre "accepts that it is now time to update and improve care" at the gender identity clinic. After the clinic's "winding down," the summary says, CAMH will reconsider its role in delivering services in the area, including by seeking input from former patients.

"At present, the political climate is palpable," the new summary states in its concluding paragraph, "and this is an emotionally charged issue that would benefit from incorporating all evidence and voices."

CAMH to ‘wind down’ controversial gender identity clinic services
December 15, 2015
Their story: ‘I want to be somewhere between two fixed points of gender’
January 29, 2016 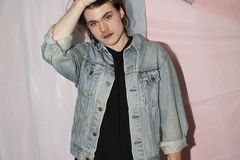