We put a lot of faith in memory, perhaps too much. When someone is diagnosed with Alzheimer's, it's almost easier to treat them as a lost cause – they've forfeited all claims to be rational, to be fully human, and so we get to ignore their distracted pleas and increasingly absurd demands.

My stepfather kept demanding the keys to the car in which he'd been apprehended while driving the wrong way along the highway on a cross-province mission to pick up his daughter – who lived on the other side of the country and had no plans to be at the airport my stepfather could no longer find. What was the point of making an argument, of even humouring him? He was clearly, clinically, dangerously gone, and my brother and I were left to tidy up the mess of a life that was now lost.

Our compassion recedes as their dementia advances. Memory, we believe, gives life its structure. When it fails, that's the end of autonomy, no matter how much eating and sleeping and breathing remain. This makes sense, at least to those of us who have to pick up the pieces: When someone can't remember what you told them yesterday, why should they get to dictate what will happen tomorrow? If that sounds cold, just wait until you get there.

And then I meet Jonathan Kozol and I want to take back the truths I just expressed. Reading The Theft of Memory, his tender memoir of caring for a father with Alzheimer's, I feel wrong – if only for the self-serving ease with which I nullified my stepfather.

"I loved my father," Kozol, a former schoolteacher and Rhodes Scholar who has written movingly on the racial disparities in the American public-school system, says. "He was one of the most interesting people I have ever known, and I wanted to know him as well as I could, right to the end."

Harry Kozol was a noted Boston neurologist and psychiatrist who diagnosed the beginnings of his own dementia when he was in his early 80s. In his prime, he had treated the playwright Eugene O'Neill, interviewed the abductee-turned-urban-guerrilla Patty Hearst as an expert witness and developed a clinical rapport with the so-called Boston Strangler. Even in his long decline (he lived to 102), he had the kind of style and bearing that commanded attention – and made his son question the conventional reactions to people with Alzheimer's.

"I hope that people who dismiss the potential avenues of communication between themselves and elderly patients with Alzheimer's will understand the feeling that it needn't be a decade of the grotesque," he says. "It can be a very warm and rewarding experience – if you have the kind of life where you can give the patient a lot of time and continuity."

As a self-employed writer who lived on his own, Kozol had the luxury of time and the absence of obligations – or so it seems from my more conflicted perspective. He also had access to money that provided the dedicated caregivers who treated his father as more fully human than the dementia norm.

Sadly, as Kozol relates, that makes all the difference. If you're not looking and listening, you won't know what you're missing. And more to the point, what they're missing – those elderly people who keep dredging up bits and pieces of the past even after we decide that their memory has gone.

"People say, you should pray for them to die as soon as possible," Kozol says. "I never felt that way with my father. I wanted him to live for as long as he took any pleasure at all in existence."

Harry Kozol kept a detached watchfulness over his own dementia. He wrote memos about himself in medical language that didn't make complete sense but gave evidence of his engagement as a doctor – and of his frustration as a patient.

"Even when he couldn't articulate what he wanted to say with any continuity, I could spot in the midst of all his words what I called a life beneath the life," Kozol says. "You had all these amorphous ideas and emotions and memories, but some part of it could be brought to the surface if I asked the right question."

Kozol placed his father in a nursing home when he became increasingly disoriented at the age of 90 after a fall and a hip operation. But six years later, he did the unthinkable: He brought Harry home to the Boston apartment where his 98-year-old wife had remained in happy independence, watching the nightly Red Sox games in the company of caregivers while wearing her own team jersey.

It's characteristic of warehoused Alzheimer's sufferers that they beg to go home. We ignore them or put them off or play along until they forget and give in to the inevitable. Kozol listened and obeyed, like the good son he was. Where clear-eyed, pragmatic people like me recognize that it's just an adjustment phase – the dementia version of the kid who sends pleading letters from summer camp – he saw the life force asserting itself, the cry of rebellion that demanded liberation.

"People said to me, 'He doesn't know what he's saying, it doesn't mean anything,'" Kozol recalls. "As if I didn't have to act on it, as if I could dismiss it. But I couldn't dismiss it."

The home his father had left wasn't the home he returned to – too much had changed in his mind to let him reclaim his old familiarity. He sat at his old desk and scratched out notes that didn't make sense. And that's what makes me think that there is inevitably an element of make-believe in how we regard people with Alzheimer's: You don't really know, so you project from the flimsy bits of information available, and the memories that remain after the person has diminished.

"There could be some wistful thinking here," Kozol allows, politely and reluctantly. "But I can only judge by my own perceptions and others who were around him. Up until his last year, he took a fair degree of pleasure in being alive, in sharing warmth and humour and good cheer with people."

As The Theft of Memory shows, the belated intensity of the Alzheimer's relationship had a liberating effect on Harry Kozol's son, almost as if he were freed from his own kind of captivity.

"Earlier in life, I saw him as a charming man," he says, "but very powerful and very authoritative and that intimidated me." When he decided to drop out of Oxford, his father couldn't help but criticize. Later, Jonathan got caught up in the U.S. civil-rights movement, abandoned plans of going to graduate school and decided instead to become an inner-city teacher and advocate. Again, his father told him it was too risky, even though in his professional life he always sided with young patients who wanted to flee the respectability their worried parents had designed for them.

"So for me he remained an authority figure for a long time," Kozol says. "And then suddenly after he diagnosed himself with Alzheimer's, the balance shifted. Now I was the parent and he was more dependent on me. For the first time, I felt truly responsible for another adult. And I came to know my father better than I ever knew him before."

In my own immediate experience of Alzheimer's, this makes no sense. And then I realize that I know exactly the paradox Kozol is talking about. My mother had a devastating stroke and was as good as dead. Somehow she came back, against her doctors' best guesses. She couldn't speak. She was partly paralyzed. And yet she ran my stepfather's life as he descended toward dementia.

She exuded a pure joy I had never seen in her before. She compelled me to find new ways to communicate that were more intimate and intense for being awkward and ingenious. I felt closer to her after her stroke, which worried me when I said it. It appalled me when people would talk over her or treat her as feeble. She wasn't dismissible. Why would anyone think that about another human? 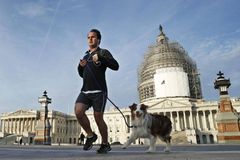 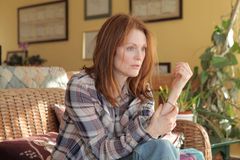 Follow the MIND diet to stave off Alzheimer’s
April 20, 2015 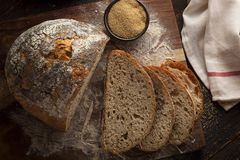