On Sept. 4, 2012, I went in for surgery. My aunt Fran, my father Pat’s sister, who I am close to, had driven up from Oceanside, Calif., to spend the night before surgery with me and then take me to the hospital. Sarah and Mark Flanagan met me in the lobby at 6 a.m. The first thing Sarah did when she saw me was look at my chest and say, “Oh my God – am I too late? Did you already have it done?” It was a nice break in the tension everyone felt. We all chatted while I checked in, and kept it casual, but everyone was aware that something major was about to happen. I was mostly able to pretend it wasn’t major until I was in a gown and lying on a gurney. Everything seemed muffled as I was being wheeled down the hall. I had debated whether or not to take a picture of myself before the surgery, but I rarely looked through any old photos in the first place. When would I get out the shoe box of my old vacation photos and topless selfies sporting boobs riddled with cancer? I had decided I needed to embrace my new reality and keep moving forward, and now here I was, moving forward. I was in a kind of capsule, hearing the murmur of people talking, the wheels rolling. In my mind, a big metal bar was locking down in front of me as I dragged my fingernails along the walls of the hospital, trying to hold on. I was at the top of the world’s steepest roller coaster and I could almost hear the click, click, click of what I really hoped wouldn’t be a one-way ride. 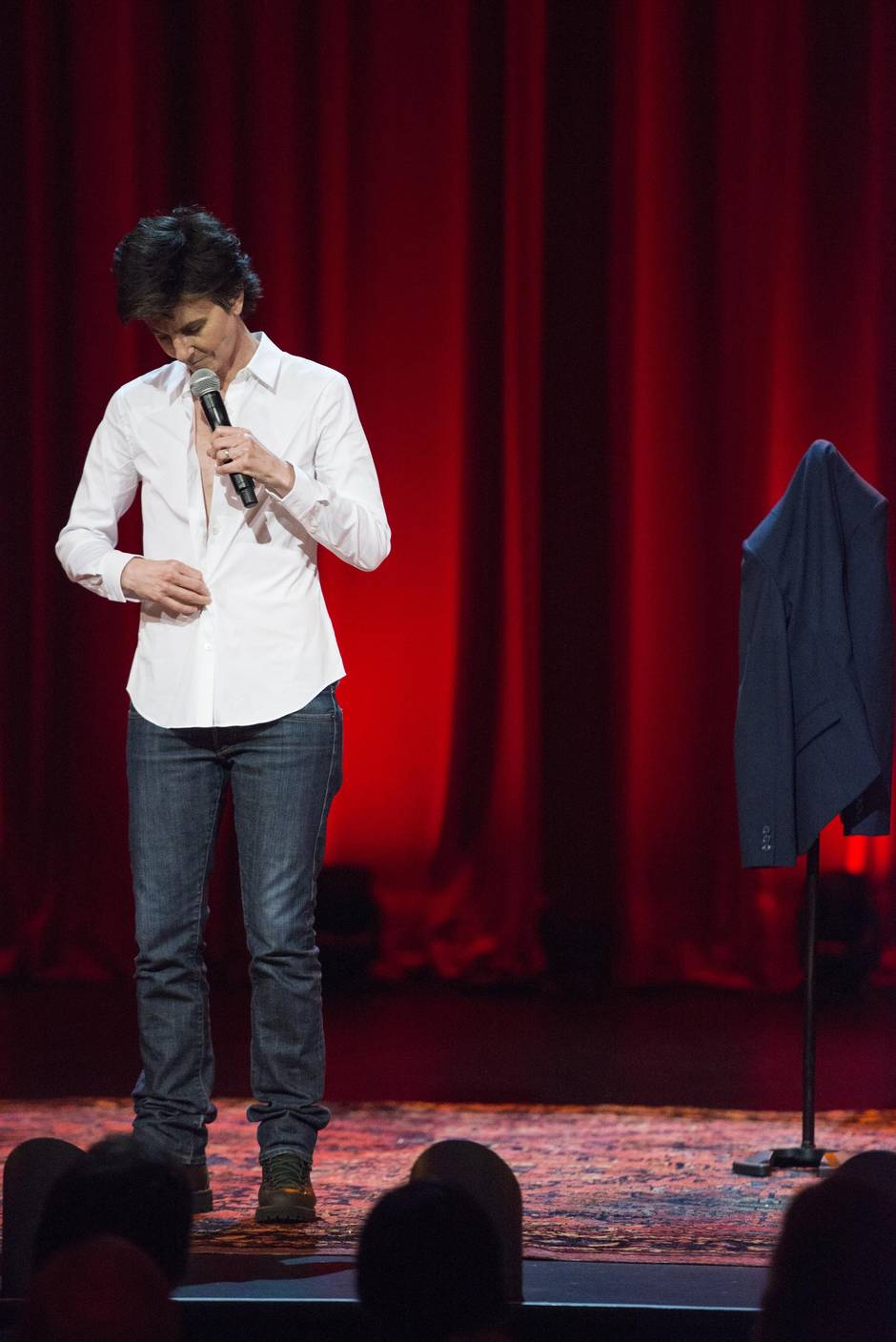 After having a double mastectomy stand-up comic Tig Notaro tried to go back to her normal life without missing a beat. She quickly found out that wasn’t possible. (Scott McDermott)

Then I woke up. I lived. Maybe everything would be okay? Because my blood pressure had dropped very low during surgery, the doctors had to wait on giving me more anesthesia, so I was very aware that I had a new body. “Hmm,” I thought, “this must be exactly what it feels like to have a double mastectomy.” I was in a fog of Dilaudid once again when my surgeon came in. She was kind and had a great bedside manner. It seemed entirely impossible that this friendly, easygoing woman had just finished cutting into my flesh and pulling out globs of tissue. She smiled and said she had some good news: She believed the cancer had not spread and that she had gotten it all. A-L-L. My drug-induced state made it hard for me to understand just how good this news was or to even realize what else I thought or felt other than the sensation of looking up.

A non-stop stream of friends came by, but I was so jacked up on painkillers that my hospital room looked like a party going on around someone who had overdosed before the guests had arrived. My face was greasy, my tits were off and it looked like a horse had been chewing on my hair since 1977. The only thing I had going for me at this point was that I could (barely) use the bathroom on my own. 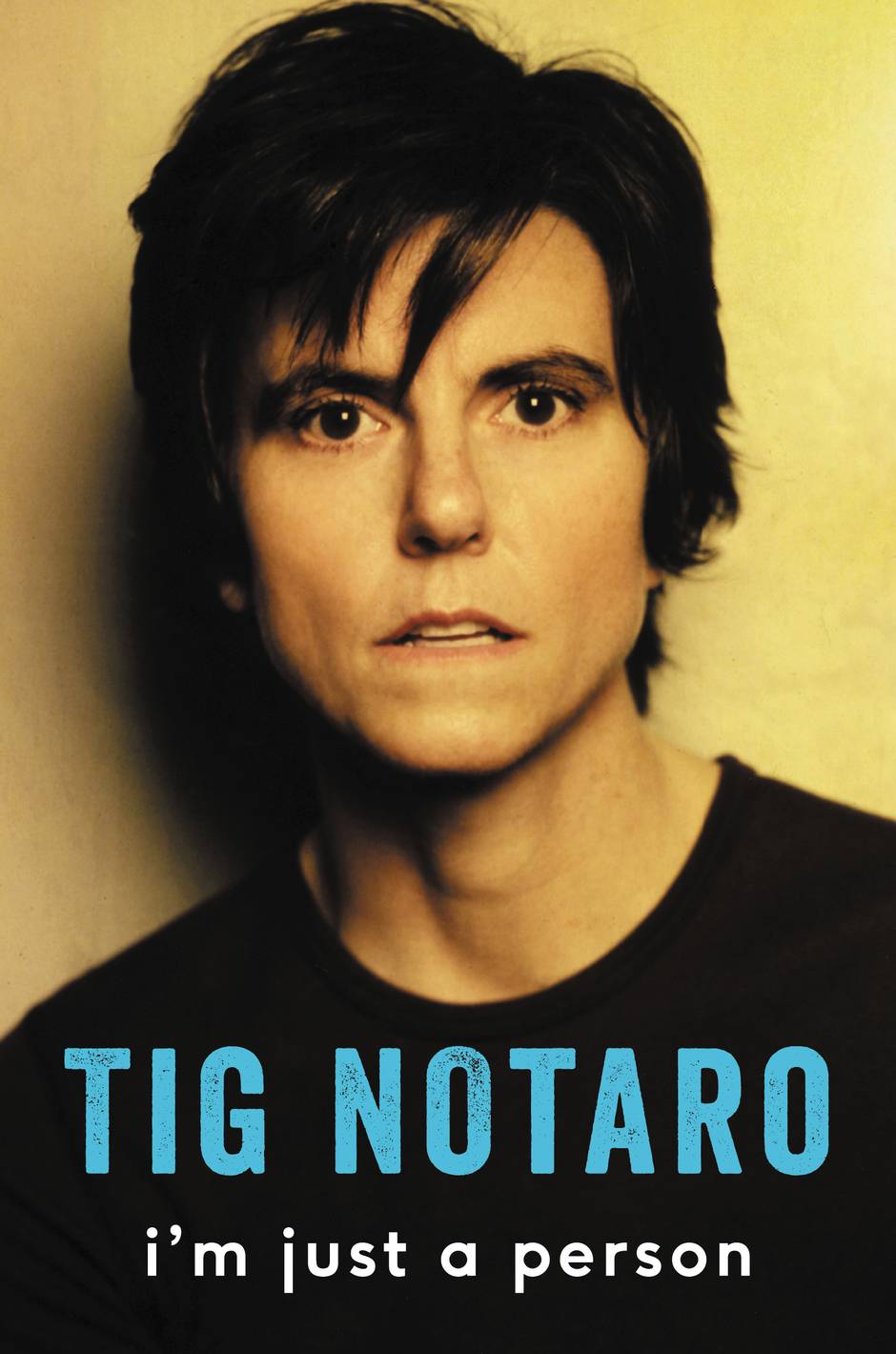 The day I was discharged from the hospital after my double mastectomy, I was ordered to take it easy, which made sense because I was sewn up, bandaged and in a lot of pain, but instead I went to the Stand Up to Cancer benefit TV taping that I had been invited to as a special guest of the producers. I didn’t want to be halfway between not better and better. I wanted to go from cancer back to my normal life without missing a beat. Watching everyone socialize at the after-party made me feel normal for a moment. No one knew that a couple of hours before, I’d been at the hospital, chest-deep in cancer. But soon I began to feel separate from everyone, like I was in a fishbowl, or too young to play with the big kids. Waves of light-headedness, weakness and nausea came over me, and standing up became nearly impossible. I didn’t want to be standing up to cancer; I wanted to go lie down with it.

This was the beginning of me being home all the time in bed and relying on people in ways that I had to become comfortable with really fast. For a month, I would be at the mercy of kind friends who fought for the chance to bring me food, help me get dressed and drain the blood and gunk coming from my chest – my chest, which I couldn’t bring myself to look at. My fear of looking down was compounded by the fact that I’m someone who is extremely queasy – almost phobic – when it comes to any sort of fresh injury to the human body or to any creature, for that matter. I often imagine how unhelpful I’d be running up to the wreckage of a car crash hoping to help but promptly vomiting and fainting at the sight of blood. I’d be mistakenly life-flighted to the nearest hospital while the real victim waited for AAA to haul their mangled body to a junkyard. I discovered my almost phobic aversion to blood and guts in seventh grade when we were asked to dissect an earthworm. I couldn’t believe the ease with which my eager classmates heartlessly eviscerated their specimens with pins and razors. Ironically, almost a decade later, my first job in Hollywood would be working for Sam Raimi (name drop), the master director of horror and blood splatter. 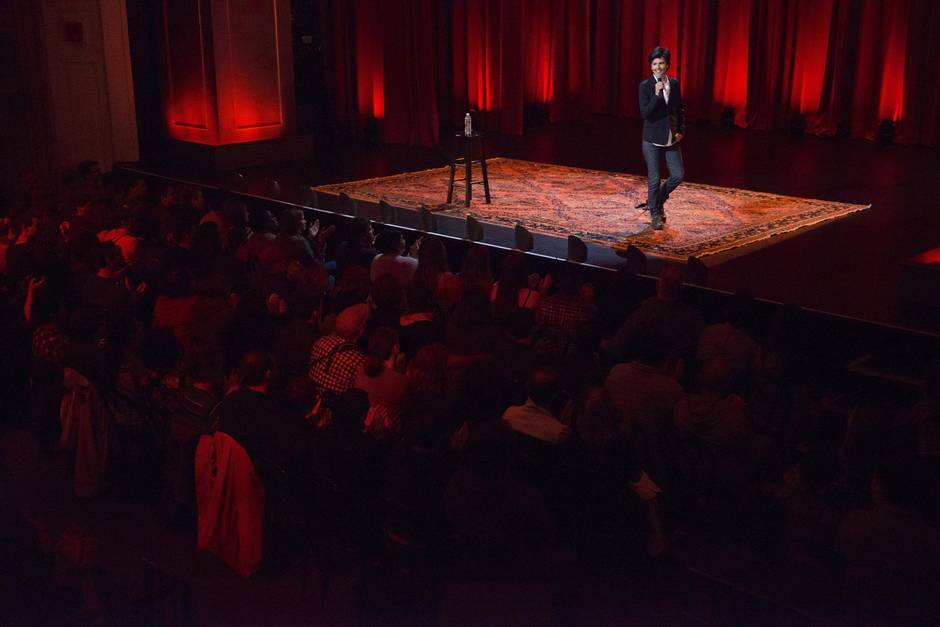 Despite being unable to deal with looking down, I did have to face my chest’s future. I had met with several reconstructive surgeons and each meeting left me wondering why on earth I would ever go through such intense procedures just to have fake boobs. My chest was barely anything at all to begin with, so why go through such pain and recovery time for something that wouldn’t be noticed? It’s not like I’d be opting to get porn jugs on my second go-round. I’d essentially be surgically attaching the equivalent of two kiwis, less hair, no stickers. I tried to picture taking my shirt off in front of someone with these fake things attached to me and saying, “Welp, here’s my boobs!” But I could never imagine being truly comfortable with that situation; it always felt like a punch line. So, I settled on no reconstructive surgery, which meant no boobs, no nipples, just nice, uneven scars.

It took the prospect of surgery for me to realize how much I had actually loved my body. I didn’t want it to be different. And after surgery, I felt so damaged. The place where I had once considered myself “flat-chested” was now slightly concave and padded with thick bandages, throbbing with a dull ache and with frequent sharp, shooting pains. Pulling T-shirts on and off was nearly impossible, and I was mostly confined to button-down shirts. I felt too vulnerable to exist outside of my apartment. The thought of walking down the street stirred fears of being punched in the chest; the thought of getting into a car was accompanied by the sight of the ensuing accident where my chest hit the steering wheel and was ripped wide open. Again. 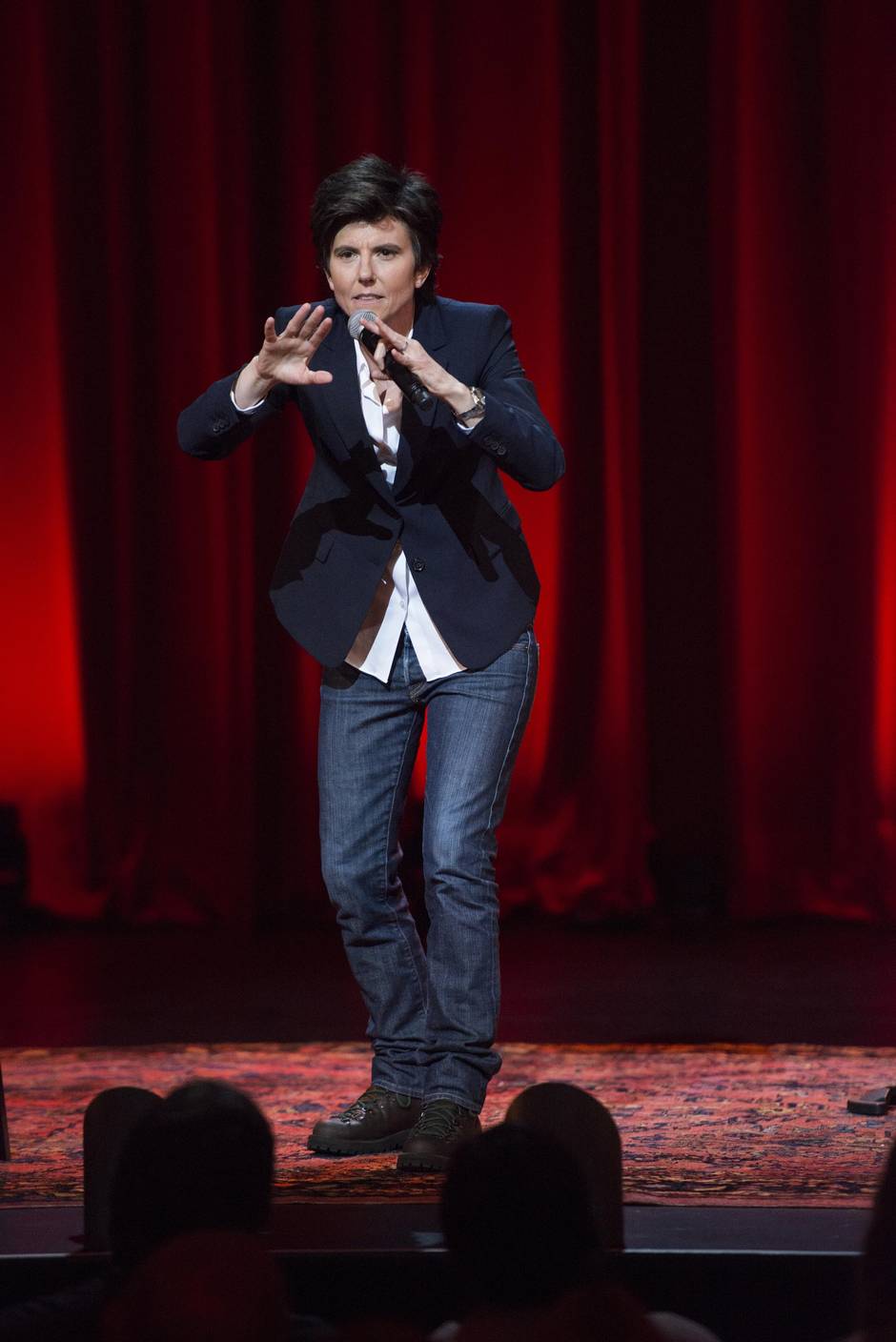 When the doctor removed my bandages, my chest was almost teasing me to look down. Instead, I Googled images of “bilateral double mastectomy.” The worse the photos looked, the more certain I was that my chest looked like that. Taking a sponge bath meant moving a washcloth over my chest, trying to clean very bruised and battered flesh without forming a mental image of what was beneath the cloth. I never let myself glance down. Even when I was able to start showering, I let the running water clean my chest while I stared straight at the ceiling. One morning when I was brushing my teeth, I leaned toward my mirror and caught a startling glimpse of swollen, bruised flesh crisscrossed with black stitching, which made me feel as though I had indeed been in a horrible accident instead of expertly tended to by a surgeon. From that morning on, I buttoned my shirt up to the very top when I brushed my teeth. That grisly sight confirmed that I didn’t want to see any more of what I was now calling my “Frankenchest.” But someone had to. And unfortunately for her, it was my friend Lake. She had come over for a visit, and after chatting for several hours on my couch while sipping room-temperature tap water, I asked if she’d look at my chest – a typical move on my part, I must say. She agreed, but I could sense her fear as I slowly lifted my shirt. Immediately I saw relief in her face. “Tiggy,” she said. “You can do this. You can totally do this.”

A couple of days later, I stood in front of a mirror and slowly unbuttoned my shirt. When I looked down, what I saw turned out to be just a flat chest with fresh scars on their way to looking healed. My stitches had dissolved. I took my shirt completely off and stared at myself, thinking, “Lake was right, I can do this.” I could totally do this.