Many breast-cancer patients adopt drastic lifestyle changes, such as restrictive diets, to prevent disease recurrence, but a new analysis in the Canadian Medical Association Journal suggests many of those efforts may not help.

The researchers found the most compelling evidence in favour of physical activity and maintaining a healthy weight.

But the paper, published Tuesday, is an attempt to provide women with an evidence-based overview of what may work – and what is unlikely to make a difference. Ellen Warner, lead author of the analysis, and a medical oncologist at Sunnybrook Health Sciences Centre in Toronto, said she and her co-author Julia Hamer felt compelled to publish the analysis to combat the swell of misinformation women receive online, from friends and family and even medical professionals.

"There's so much junk on the Internet," Dr. Warner said. "There's also a lot of old wives' tales that a lot of friends and relatives tell them."

For instance, many women are told to shun soy because it contains estrogen, despite the fact no credible evidence has shown a link between soy consumption and breast-cancer recurrence, according to the study. In fact, the researchers note that some studies have found high soy consumption is linked to a decrease in breast-cancer recurrence and death.

Similarly, some women are told to avoid antioxidant vitamins, such as C and E, because they may interfere with treatment. According to the new study, increased vitamin C intake seems to have a modest benefit. The scientific literature doesn't show a link between vitamin E intake and breast-cancer recurrence or death, the study said.

And there's no solid evidence that eating more fruits and vegetables as opposed to a Western-style diet, which includes processed grains and meat, has any impact on recurrence or death rates. But some research does show that a Mediterranean-style diet, which is heavy on vegetables, unsaturated fat, fish and whole grains, may help improve health outcomes.

According to their evidence-based analysis of scientific data, physical activity, which can include a brisk walk, swimming or playing a sport, "has the most robust effect of all lifestyle factors on reducing breast-cancer recurrence." It's unclear exactly why exercise helps, but some believe it could be linked to reduced inflammation or lowered hormone levels. Women should aim to get 30 minutes of moderate physical activity five days a week, or 75 minutes of vigorous exercise combined with two or three sessions of strength training.

Women who are overweight or obese tend to have worse outcomes, as do women who gain weight during or after treatment. In particular, a weight gain of more than 10 per cent of a woman's body mass is linked to a higher risk of recurrence and death, regardless of what a woman weighed at the time of diagnosis. But research also shows that most breast-cancer patients tend to gain weight during or after treatment, due to stress, reduced activity, medications and other factors, the study says. While there is some evidence showing that women who lose excess weight tend to have lower recurrence rates, not enough long-term studies have been done, according to the analysis.

Some research has shown that high intake of saturated fat, found in red meat, butter and cheese, could lead to an increased risk of recurrence and death. But the women who eat more foods with saturated fat also tend to weigh more, which could explain the risk. More research is needed to fully understand all of the risk factors, Dr. Warner said.

There's also mixed evidence that quitting smoking or reducing alcohol intake will prevent breast-cancer recurrence, but there are other compelling health reasons to give those habits up, the study says.

Dr. Warner said she hopes the overview can help women who are looking for ways to take charge of their health after breast cancer. But she noted that it's not always possible to prevent recurrence and that women shouldn't feel they're to blame, the authors said.

"Patients should not be made to feel that inadequate lifestyle changes have led to recurrence of their cancer," the study said. 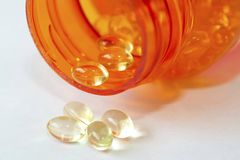 Personalizing the pros and cons of hormone therapy
July 18, 2017
Follow Carly Weeks on Twitter @carlyweeks
Report an error Editorial code of conduct
Due to technical reasons, we have temporarily removed commenting from our articles. We hope to have this fixed soon. Thank you for your patience. If you are looking to give feedback on our new site, please send it along to feedback@globeandmail.com. If you want to write a letter to the editor, please forward to letters@globeandmail.com.
Comments