After a century of treating patients with anorexia nervosa, psychiatrists remain stymied as to how to loosen its grip. Forcefeeding may trigger suicide, and in many cases cognitive therapies are no match for patients' burning drive to stay skeletally thin – even if it kills them.

Recently, however, a Canadian scholar challenged conventional ways of thinking about the illness with a theory involving archaic ideas about torturous passions and their power to take over mind, body and soul.

Patients with anorexia are ruled by the heart, not the head, says Dr. Louis Charland, a University of Western Ontario philosophy professor. In a recent study published in the journal Philosophy, Psychiatry & Psychology, Charland and an international team of psychiatrists argued that anorexia sufferers are not just at the mercy of distorted thought patterns. Rather, they are in the throes of a destructive, all-consuming passion.

Charland, a member of Western's Rotman Institute of Philosophy, says reclaiming the historic meaning of passion, whose root is Latin for suffering, and applying it to anorexia nervosa, will lead to more effective treatments. While controversial, the passions theory has been well received by psychiatrists and therapists, and is surprisingly in line with the latest neuroscience. Could it be a turning point in our understanding of this life-threatening disorder?

These days, everyone wants more passion in life. Self-help gurus urge you to "follow your passion," while sex-toy salespeople purveyors spice things up through Tupperware-style "Passion Parties" held in people's homes.

But in the Bible, the Passion of Christ referred to a period of profound suffering leading up to his crucifixion and death. Centuries later, Shakespeare reflected Renaissance beliefs about the malignant passions that enslaved his tragic heroes (including Hamlet's grief, Othello's jealousy, King Lear's wrath and Macbeth's fear).

The long tradition of viewing passions as pathological culminated in the writings of Théodule Ribot (1839-1916), founder of scientific psychology in France – works that form the basis of Charland's and his colleagues' "passions" theory.

A passion such as collecting or wine appreciation may start out innocently, adding positive meaning to life. But eventually, for whatever reason, it may spin out of control, leading to a mental disorder such as hoarding or alcoholism, Charland explained. The idea that passions had inherent potential to become destructive was common in the 17th to 19th centuries, he added: "It's just something that we've forgotten."

If anorexia is a passion, said Dr. Russell Marx, chief science officer for the U.S. National Eating Disorders Association (NEDA), "then it's a crime of passion, because it's the deadliest disorder in behavioural health."

To that point, the mortality rate for anorexia is about five per cent – higher than that for schizophrenia, alcoholism or depression. Although anorexia is more common in young women and girls, it affects all ages, and an estimated 10 per cent of patients with eating disorders are male.

The incidence of anorexia in girls 15 to 19 has increased in each decade since 1930, NEDA reports.

"We really don't know how to treat it," Marx said. "All we can do is keep people alive and hope that their brains will rewire themselves in their 20s."

Only half of patients fully recover from anorexia. Of the other half, about 30 per cent will have partial recovery and 20 per cent will continue to suffer, or die.

Recent studies suggest the brains of anorexic patients may have overactive self-control centres, faulty reward circuitry and dulled responses in regions important for body awareness. At the same time, they show heightened activity in emotion-related neural networks in response to food.

The emphasis on emotions in the passions study is consistent with neuroscience research, Marx said: "It fits in with our new understanding of the neuro-circuitry of anorexia and the brain pathways involved."

The passions theory, which recognizes that patients have a deep emotional commitment to their disorder, may share common ground with alternative therapies, including body-oriented approaches.

Movement-based therapies help increase a patient's "felt sense" of emotions, said Tannis Hugill, a Vancouver dance therapist who specializes in eating disorders. As patients begin to sense and express emotions physically, they learn to identify and tolerate a wider range of emotions, including joy, opening the door to "experiences other than fear and anxiety," Hugill said.

For patients living at home, emotionally focused family therapy has emerged as one of the more successful treatments. In this approach, psychologists teach parents how to support a child's eating at mealtimes, and how to closely attend to his or her emotional needs.

The emphasis on providing external support for eating has a parallel in the passions study, in which patients expressed relief when they handed over control of their eating to hospital staff. The originator of the theory, Ribot himself, suggested that order and routine may be helpful in overcoming a passion, the researchers wrote.

The traditional cure for a self-defeating passion, however, was to replace it with a healthier one – and hope it did not run amok in turn, Charland said.

This, too, is plausible in anorexia treatment, Marx said. He noted that recovered patients often become highly successful in medicine, business and law because of their single-minded focus, passion for detail and drive. Ultimately, "that is how people get better – they develop a new passion," he said.

No size fits all

The passions study by Charland and his colleagues is a "substantial contribution" to contemporary thinking about emotions in psychiatry, wrote Dr. George Szmukler of Kings College London in an accompanying editorial. But in a phone interview, Szmukler pointed to addiction as a better framework for understanding anorexia. The addiction model covers features of anorexia, such as relapse (occurring when a patient goes on a crash diet after months of maintaining a healthy weight) as well as withdrawal (the physical and psychological discomfort patients experience when deprived of the opportunity to starve themselves).

"I don't know how the passion [theory] explains that," Szmukler said.

But Dr. Paul Garfinkel, a specialist in eating disorders at the University of Toronto and Centre for Addiction and Mental Health, cautioned against focusing too much on categories such as "addiction," "cognition disorder," or "passion." The trouble with tightly defined diagnostic models, he said, is "you sometimes lose the person underneath."

Ideally, he said, the patient's needs should determine the course of treatment and whether that includes dietary support, family therapy, movement-based approaches or various forms of cognitive behavioural therapy.

"It behooves us to try dig deeper and get to really know the person," Garfinkel said.

What it’s like to live with an eating disorder
September 14, 2014 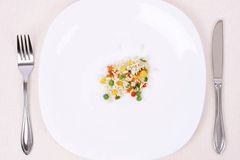 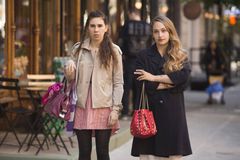 Facts & Arguments
I ruined my body by becoming obsessed with my weight as a teenager
May 18, 2014 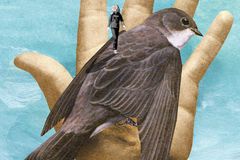 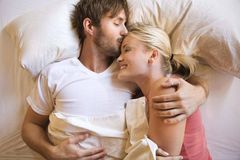 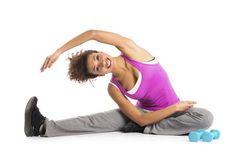