An anti-retroviral drug has the potential to help wipe out transmission of HIV in Canada, but the high cost and lack of access could keep it out of the hands of people who need it.

The drug, Truvada, stops HIV from replicating, and when taken as a prophylactic, is highly effective at preventing the spread of the virus. A new study published on Tuesday in the New England Journal of Medicine found that men who took the drug before and after unprotected sex with men were 86 per cent less likely to contract HIV than those who took a placebo. The treatment regimen is known as pre-exposure prophylaxis (PrEP).

Cécile Tremblay, a professor in the department of microbiology, infectious diseases and immunology at the University of Montreal, who led the Canadian arm of the study, said she believes the drug will help eliminate transmission of HIV in Quebec in the next decade.

"It has an enormous potential."

Truvada is approved in Canada only as a treatment for HIV and AIDS. While doctors can also prescribe it as a preventive medication, insurance plans may not cover the cost. And front-line practitioners may be reluctant to prescribe Truvada in this way, known as off-label. Dr. Tremblay said the situation is different in Quebec, where coverage is extended to off-label uses.

Health Canada has confirmed that Gilead Sciences Inc., which manufactures Truvada, submitted an application for approval of Truvada for PrEP several months ago. The department has a target of 300 days for reviewing such applications.

But even if the drug is approved as a prophylactic, Truvada can cost $800 to $1,200 a month, which is "exorbitantly expensive" for most patients, said Darrell Tan, an infectious-disease specialist at Toronto's St. Michael's Hospital.

"We basically have a huge equity gap on our hands right now," Dr. Tan said.

Those without private insurance are particularly vulnerable, he said.

The good news is that the patent on Truvada is to expire in 2017, opening the market to lower cost generic versions. But even then, Dr. Tan said, some patients likely still will not be able to afford it.

"The challenge is there's only a limited impact you can have when an evidence-based intervention cannot be accessed by the people who need it most," he said.

In the end, 14 people in the placebo group had acquired HIV compared to two in the treatment group. The two people who got HIV in the treatment group returned a large number of pills at the end of the study, leading the researchers to conclude they did not adhere to the medication schedule.

This is the latest study to show Truvada prevents the spread of HIV. A paper published in The Lancet in September found men who took Truvada had an 86 per cent lower risk of contracting HIV.

Dr. Tan said more research is needed to determine how effective Truvada is at preventing HIV transmission in other at-risk groups, such as intravenous drug users and heterosexual men and women.

One defining aspect of this new study is the fact participants did not take Truvada every day. Instead, they were instructed to take the medication around the times when they planned to have sex to see if it would lead to greater adherence. Results of a 2011 study found that men who took Truvada had only a 42 per cent decreased risk of contracting HIV, which was largely because many individuals did not take their medication as directed.

The U.S. Centers for Disease Control and Prevention and many HIV specialists recommend patients take Truvada every day to ensure they have adequate protection at all times, regardless of how often they have sex. That is because it is unclear how well the drug works when people, such as those who rarely have unprotected sex, take the drug only at times of high-risk behaviour.

Paul MacPherson, a specialist in HIV medicine with the Ottawa Hospital who runs a PrEP clinic, said he will continue to advise men to take Truvada daily. Men in the new study were high-risk and took about 15 pills a month, meaning they likely always had detectable levels in their blood. Men who do not engage in risky sexual behaviour, but who are still at risk, may need to take Truvada only once a month. But that might not be enough to ensure they are protected, Dr. MacPherson said.

Some worry that Truvada might lead men to engage in more risky behaviour. Dr. Tremblay said no evidence for this turned up during the study. But she also noted that HIV transmission will not be stopped just by writing Truvada prescriptions. Men need to be counselled and educated about how to reduce their risk and be monitored and tested every few months. And that means governments will need to devote resources.

Aboriginal people make up a disproportionately large number of people with HIV, the Public Health Agency of Canada says.

How antiretroviral drugs can suppress HIV, one pill at a time
June 5, 2017
B.C. researcher gets Vatican’s blessing on life-saving HIV treatment
May 12, 2018 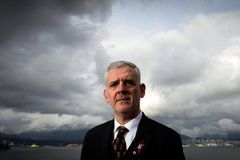 Number of Canadian babies born with HIV now near zero
May 15, 2018 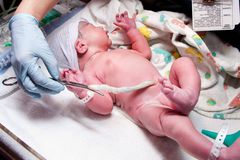