Whatever you do, don't get sick in July: Don't go to emergency, don't get surgery and don't spend time in hospital if you can in any way avoid doing so.

That's the advice whispered by some veteran nurses and doctors.

Because July 1 is when newly graduated medical students officially become doctors, when many residents enter specialty training and, as a result, hospitals experience massive staff turnover.

On Canada Day, 2,300 wet-behind-the-ears MDs began new jobs, and another 10,000 or so changed jobs. Residency lasts from two to seven years before licenses are granted for independent practice.

Coincidentally or not, July is when hospital death rates soar.

But is the so-called "July effect" real?

Research published last year in the Annals of Internal Medicine found that in U.S. teaching hospitals, death rates increased between 8 and 34 per cent in July. But it is not clear at all if this spike is strictly a result of the arrival of new doctors. July, after all, is when trauma cases soar because more people are driving, and when heart attacks are more common because of the heat and other factors.

Summer is also when hospitals minimize elective surgery, meaning that mainly the sickest of the sick remain; in other words, those most likely to die regardless of who provides the care.

Research published this year in the Journal of Neurosurgery found that fear of the newbie effect is greatly overblown. Researchers from the Mayo Clinic examined the outcomes of spinal operations at 1,700 hospitals over eight years and found that infection rates, complications and deaths after surgery were about the same in July as any other month, despite the involvement of young doctors.

Where the research is unanimous is that, in July, care is less efficient. Things that happen routinely, such as patients being prescribed wrong doses of medicine, duplicate and unneeded tests, and patients being discharged too quickly (or too slowly) tend to happen more often in July, when the new doctors arrive.

None of that is too surprising.

Regardless of whether someone is starting a new job at the Dairy Queen or at the Hospital for Sick Children, it takes some time to adjust to the workplace. New workers are nervous, and in medicine they err on the side of caution, of overtreatment.

To use a hockey metaphor – this is Canada after all – a team of rookies, no matter how talented or enthusiastic, is bound to make a lot of mistakes. But medicine, like hockey, is a team sport, and the veterans play a crucial role.

There was a time when medical residents were thrown into the deep end the day after graduation from medical school. Interns (a term for first-year residents that is no longer used) literally lived in the hospital, working upward of 100 hours a week.

The horror stories that the veterans tell come from that era, which, mercifully, is largely behind us.

The biggest concern for new doctors remains fatigue but, with help, the 26-hour shift will soon be history. The most encouraging change is that the July effect is now being openly discussed. Medical schools and hospital administrators are so acutely aware of the research (and the mythology) that they go to great lengths to counter it.

Residents undergo extensive training before hitting the wards on July 1. Many hospitals insist that senior staff work in early July to ensure extra oversight and training. Social media are also helping newcomers adapt, with veteran residents and physicians offering pearls of wisdom in Twitter threads such as #tipsfornewdocs and #tipsfornewdoctors. The culture of medicine now demands that residents work in teams and ask questions, lots of questions. In fact, it is said that there are two types of residents: Those who ask questions and those who kill patients.

Anyone who has been treated in a Canadian hospital since July 1 has probably been checked, double-checked and even triple-checked.

That may be tedious, but it's part of the learning process. A little bother is a good trade-off for safer health care.

The bottom line is that, while the July effect makes for great cocktail party banter, no one should worry about having their proverbial beloved granny in hospital in July – at least not any more than usual. 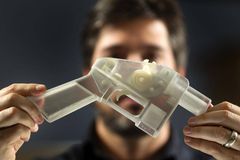 High voltage: U.K. cracks down on pot farms stealing electricity
July 3, 2013
Follow André Picard on Twitter @picardonhealth
Report an error Editorial code of conduct
Due to technical reasons, we have temporarily removed commenting from our articles. We hope to have this fixed soon. Thank you for your patience. If you are looking to give feedback on our new site, please send it along to feedback@globeandmail.com. If you want to write a letter to the editor, please forward to letters@globeandmail.com.
Comments