If you're like most Canadians, you don't eat enough fibre. And even if you are meeting your daily fibre target, you might be focused on getting lots of one particular kind, such as wheat bran to prevent constipation, or psyllium to lower blood cholesterol.

Either way, you're likely shortchanging your good gut bacteria the special type of fibre – called resistant starch – they need to thrive and keep you healthy.

Without a steady supply of resistant starch, the healthy microbes that reside in your gut can die off, increasing the load of disease-causing bacteria. Running down the good guys may also increase the risk of allergies, type 2 diabetes, obesity and inflammatory bowel disease.

Your intestines are home to trillions and trillions of microbes, the vast majority of them residing in the large intestine. Collectively, these bacteria, yeasts and fungi make up what's called your microbiota.

The terms microbiota and microbiome are often used interchangeably, but there's a subtle difference. The gut microbiome refers to the gut microbes themselves (microbiota) plus the genes they contain.

A gut microbiota that contains a diverse community of micro-organisms is defined as a healthy one because it increases the likelihood of beneficial species and fewer pathogenic bacteria.

Each person's microbiota is unique and always changing. Genetics, antibiotic use, hygiene, stress and illness can shape the makeup of our microbiota.

Your diet is considered the most powerful tool that can alter the composition and activity of gut microbes.

A Western-style diet, high in animal protein, saturated fat and refined carbohydrates and low in fibre has been linked to a loss of microbiota diversity. Plant-based diets, on the other hand, have been associated with a richer, more diverse microbiota.

Large changes in your diet can alter your microbiota in just one or two days. Even so, it's your long-term dietary habits that count when it comes to the composition of your microbiota.

Like its name implies, resistant starch escapes digestion in the small intestine and makes its way to the large bowel, where it's slowly fermented and broken down by good bacteria.

The longer you cook a food and the higher the temperature used, the more resistant starch will be lost.

Rice, potato, yams and pasta that have been cooked and cooled are decent sources of resistant starch, though. Cooling cooked starches changes their structure making them resistant to digestion in the small intestine.

If you don't eat enough resistant starch, good bacteria can feed on other things, which can damage the gut. The microbiota of mice starved of fermentable fibre have been shown to feed on the mucus lining of the gut, making it thinner and more vulnerable to infection-causing bacteria.

Eat a variety of fibres

Increase your intake of resistant starch gradually, over a period of weeks, to allow your gut bacteria to adjust.

Not all high-fibre foods contain microbiota-friendly resistant starch. Insoluble fibre, found in wheat bran and whole-wheat bread, passes through the digestive tract without being fermented.

That doesn't mean this type of fibre isn't good for you. It promotes regularity and guards against diverticulosis.

Some, but not all, foods rich in soluble fibre – the type known to lower LDL blood cholesterol and stabilize blood sugar – are fermentable by the microbiota. Psyllium, for example, is poorly fermented whereas oats, barley and some legumes contain resistant starch.

Leslie Beck, a registered dietitian, is based at the Medisys clinic in Toronto

Research on how foods alter the microbiota and, in turn, influence health is in the very early stages, but it's accelerating at a very rapid pace. Studies suggest the following tips can help nourish and nurture your microbiome.

Eat more plants. A study published this month in the journal Cell Host & Microbe found that, compared with people who ate a typical American diet, those who followed a lower-calorie, mostly plant-based diet had a far more diverse microbial community in their gut. Aim for your meals to be 75-per-cent plant-based. Fill three-quarters of your plate with such foods as whole grains, vegetables, fruit, legumes and nut and seeds.

Ditch the Atkins-style diet. A high-protein, low-carb diet won't cultivate a robust microbiota. Findings from a 2011 study conducted in overweight men suggested that such a diet reduced beneficial short-chain fatty acids and antioxidants. It's also thought that undigested proteins that reach the colon may promote the growth of harmful bacteria.

Limit artificial sweeteners. Findings from experiments published in the journal Nature in 2014 showed that consuming artificial sweeteners led to glucose intolerance in mice and humans by disrupting the composition of gut bacteria. (The volunteers consumed the maximum acceptable daily intake of saccharin for a week, equivalent to eight packets of sweetener per day.) It's thought that certain intestinal bacteria react to artificial sweeteners by secreting substances that trigger inflammation and impair the body's ability to utilize blood sugar.

Take this nutrition quiz to help you eat better in 2017
January 2, 2017
How drinking more water may boost your short-term memory
October 17, 2016
Leslie Beck: Nuts in your diet may help you live longer, study finds
December 12, 2016 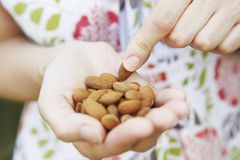