When Jannette Festival worked as a nurse at Calgary's Foothills hospital, she often saw tiny preemies who weren't able to get breast milk from their mothers.

Some moms hadn't produced any milk. Others had their own medical emergencies and couldn't attempt to breastfeed.

So the hospital, wanting fragile newborns to have something more nutritious in their bellies than formula, bought human donor milk from the only milk bank in the country at the B.C. Women's Hospital and Health Centre in Vancouver.

But its supply was in demand and its shipments to Calgary were sometimes cut off.

So a determined Festival started fundraising and last spring opened the Calgary Mothers' Milk Bank in an office building on the city's south side.

The non-profit bank has so far signed up and screened nearly 100 mothers from across the Prairies to donate milk.

"It's a few minutes out of my day and it's just a small token – a little bit I can do to nourish babies," says donor Audrey Inouye of Edmonton, who has given eight litres of milk to the Calgary bank that she didn't need for her 10-month-old son.

Festival says some mothers store extra milk in their freezers and, because it's so precious, they don't want to throw it away. So, after they're screened and accepted as donors, they send it to the bank.

Other donor mothers include those whose babies die after childbirth, says Festival. For them, it's part of the healing process and a way to help other babies.

The donated milk is pasteurized, tested for bacteria and mixed from two or three mothers. The bottles are frozen and shipped to hospitals. So far, the bank feeds babies in Calgary, Edmonton, Toronto and London, Ont.

Festival has no doubt the bank is saving lives and health-care dollars.

"It's a no-brainer.... If each province could have a milk bank, I think that would be great. I think that needs to be done."

Lee doesn't think each province needs its own milk bank but hopes some day there will be enough big banks in Canada to feed each preemie that needs it. Then he'd like to see all hospitals ban formula from their neonatal intensive care units.

Lee says scientists spent years thinking cow's milk-based formula was better for preemies than breast milk because of its added nutrients for their still-developing bodies. Only recently did the experts realize they had it wrong: breast milk is better.

In 2010, the Canadian Pediatric Society issued a position statement citing the importance of breast milk and that, if needed, the short supply of donor milk should go to sick preemies that need it the most. That same year, the Canadian Neonatal Network called on hospitals across the country to open milk banks.

The Toronto milk bank has been in the works for several years and received $1.2-million in funds from the province. But Lee dismisses criticism that it's taking too long to open. He says the government only gave the project the go ahead last year. And organizers were also waiting for the results of a scientific study.

From 2008 to 2010, two hospitals in Toronto and Vancouver received donor milk from a American bank in Ohio for their preemies. In the end, they saw rates of necrotizing enterocolitis, or NEC, drop from 8 and 10 per cent to 1 per cent.

NEC is the death of intestinal tissue and it tends to develop in infants who are already ill or premature,

Surgery maybe required to remove portions of intestines, which can further lead to short gut syndrome or other serious complications and even death.

In Japan, where hospitals have banned infant formula, the rate of NEC is less than 1 per cent, says Lee.

He calculates donor milk in Canada could save as many as 100 babies each year, plus health-care costs. The price of treating each baby that gets NEC runs about $100,000.

"It would pay for your cost of a bank. One bank," says Kathryn Hayward, a nursing professor at Dalhousie University in Halifax.

She's referring to a community-based bank run by volunteers, like the one in Calgary, a version she says seems to avoid the higher costs and red tape of banks operating out of hospitals.

Hayward is part of a group that is trying to start a community milk bank in Halifax that would supply milk to all hospitals in the Atlantic. Although it's a few years away from opening, it already has a name: Maritime Mothers' Milk.

Decades ago, Halifax and about 22 other locations across the country had milk banks. But they all closed in the 1980s with the discovery and panic about HIV – all except for Vancouver's bank, which has been operating steadily since 1974.

One group in Montreal is trying to get a bank open there again. HEMA, Quebec's blood services agency, has told the provincial government it's interested in managing the bank but has yet to get a response.

"It makes sense," says HEMA spokeswoman Manon Pepin. "We do it for the blood, so it would be the same thing for the milk."

She says the same test used to screen blood is also used on milk. And donor mothers must also get their blood tested before they can give milk. 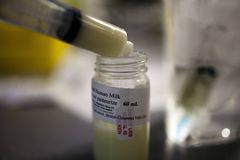 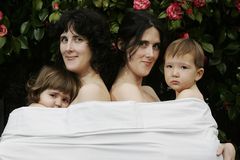